City kid turned scientist, Beth Darrow gets back to nature 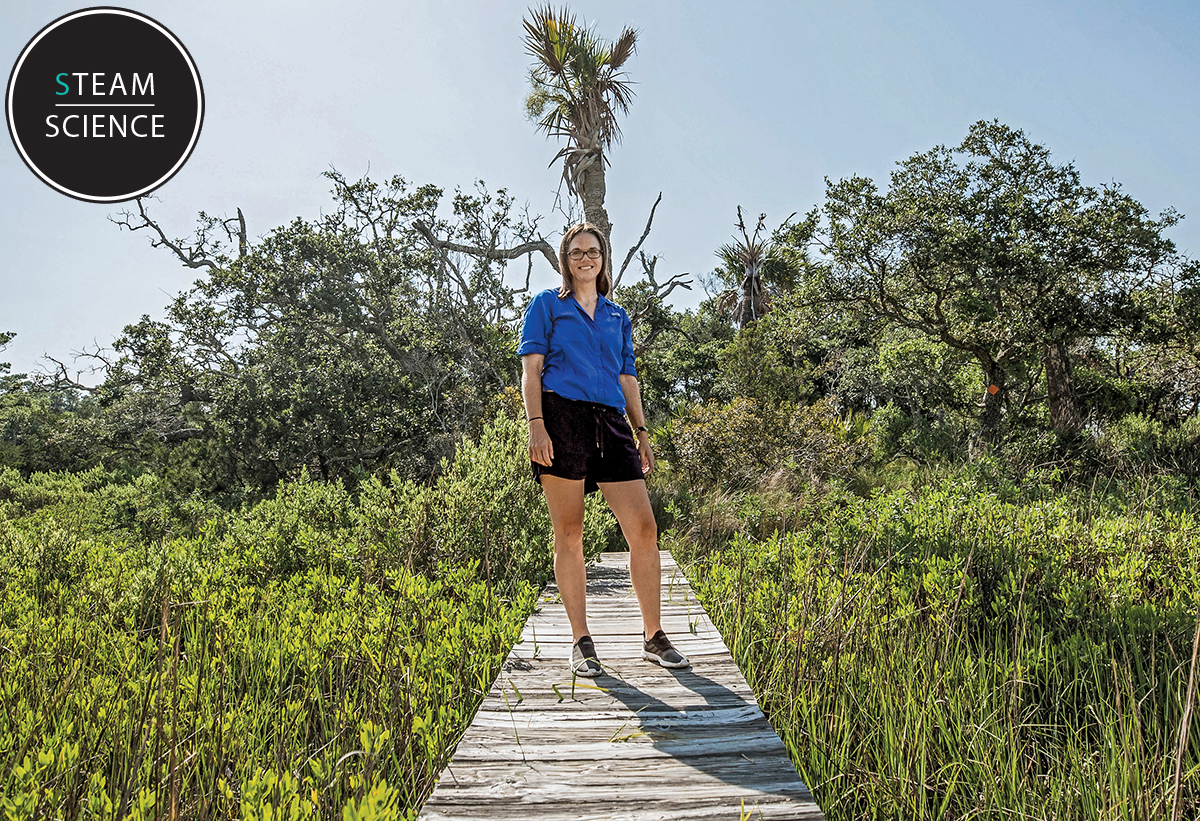 BETH DARROW didn’t actually grow up near the natural wonders she would end up devoting her life to. Instead, she was a city kid in metropolitan northern Virginia. The closest she came to nature were summers when the family would escape the city and head out to cape cod. There, her parents signed her up for park ranger walks through the marshes and estuaries.

“I was suddenly seeing things I had never really seen before,” Darrow says. “For me, the ocean wasn’t about lying on the beach. It was about the diversity of animals and the adaptations that animals developed living under stressful conditions. We’d walk through the marsh, and this one park ranger would point out grass that secretes salt, and that’s how it deals with the salty water. Or, oysters that could live in freshwater or salty water, and they were doing a job; they were filtering the water. I thought it was all so cool.”

She sees a lot of that now in her current role as senior scientist for the Bald Head Island Conservancy and the children the conservancy works with.

“It’s neat to think that one of them is having that same realization,” she says.

In 2014, Darrow moved to Wilmington to teach at the University of North Carolina Wilmington, where she still teaches part-time. However, a majority of her attention is now focused on her work at the Bald Head Island Conservancy.

What does a senior scientist do? Even Darrow admits the job listing was vague, and she wasn’t quite sure what to expect. But, she was pleasantly surprised by the beautiful marshes, tidal creeks, and culture of support for conservation on the island that she found. 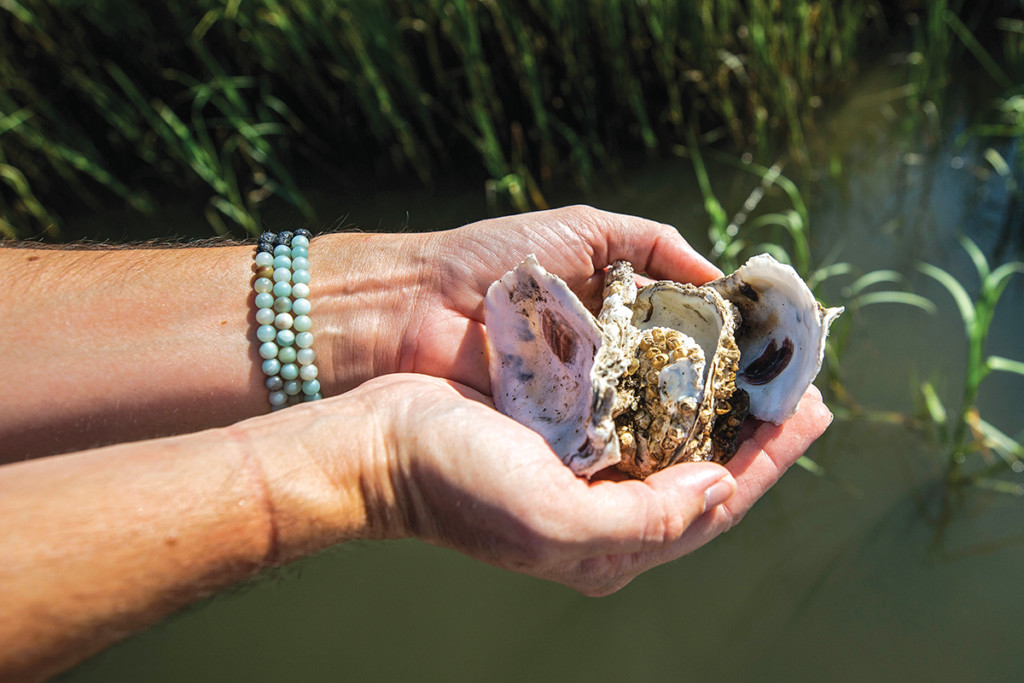 “I really like the mission of the conservancy,” Darrow says. “I like how they’re trying to get plans directly in the hands of village management to be directly used. And, I really like the interaction with education. The science done here is being used directly by the education program. It’s a really all-inclusive and tight-knit place to work. They’re really making a difference.”

Before she took the job, Darrow had never actually been to Bald Head.

“I found it very cumbersome to consider coming out here. I have two kids. I thought it would be really expensive. I didn’t understand the golf cart situation,” she says.

“We also have a fundraiser 5K every Wednesday morning (in the summer). So, if you’re into walking or running, you can get your ferry ticket included with that. We also do them occasionally on weekends or holidays,” she adds.

Darrow also recommends the Middle Island Exploration program, which takes place in the evenings around 5 p.m. The program takes guests back into a part of the island that is owned privately but also a wonderful spot to see birds, alligators, and other creatures.

“People get really excited about our turtle walks, which are for free, but for members only. We do an intro, and then we’ll walk out to the beach. Then later in the summer, we have free excavations, which are free and open to everyone. After the mother has left, we’ll dig up the nests to count the shells, and a lot of times there are hatchlings left in the nest,” Darrow says.

When asked about what she thinks are the main issues facing Wilmington waterlife, Darrow answers in the big picture.

“I wish there was maybe a little more trust in science in general,” she says. “I know for a lot of the public, it can be confusing, and it can seem like there’s too much information. But, it’s important to remember that scientists are people, too. We’re citizens; we’re living here in Wilmington drinking the water, enjoying the beaches.

“When we’re trying to explain something, please make an effort to understand it. Understand the validity of your sources. Be careful where you’re getting your information from. Scientists are just people trying to explain the universe as accurately as they can.”