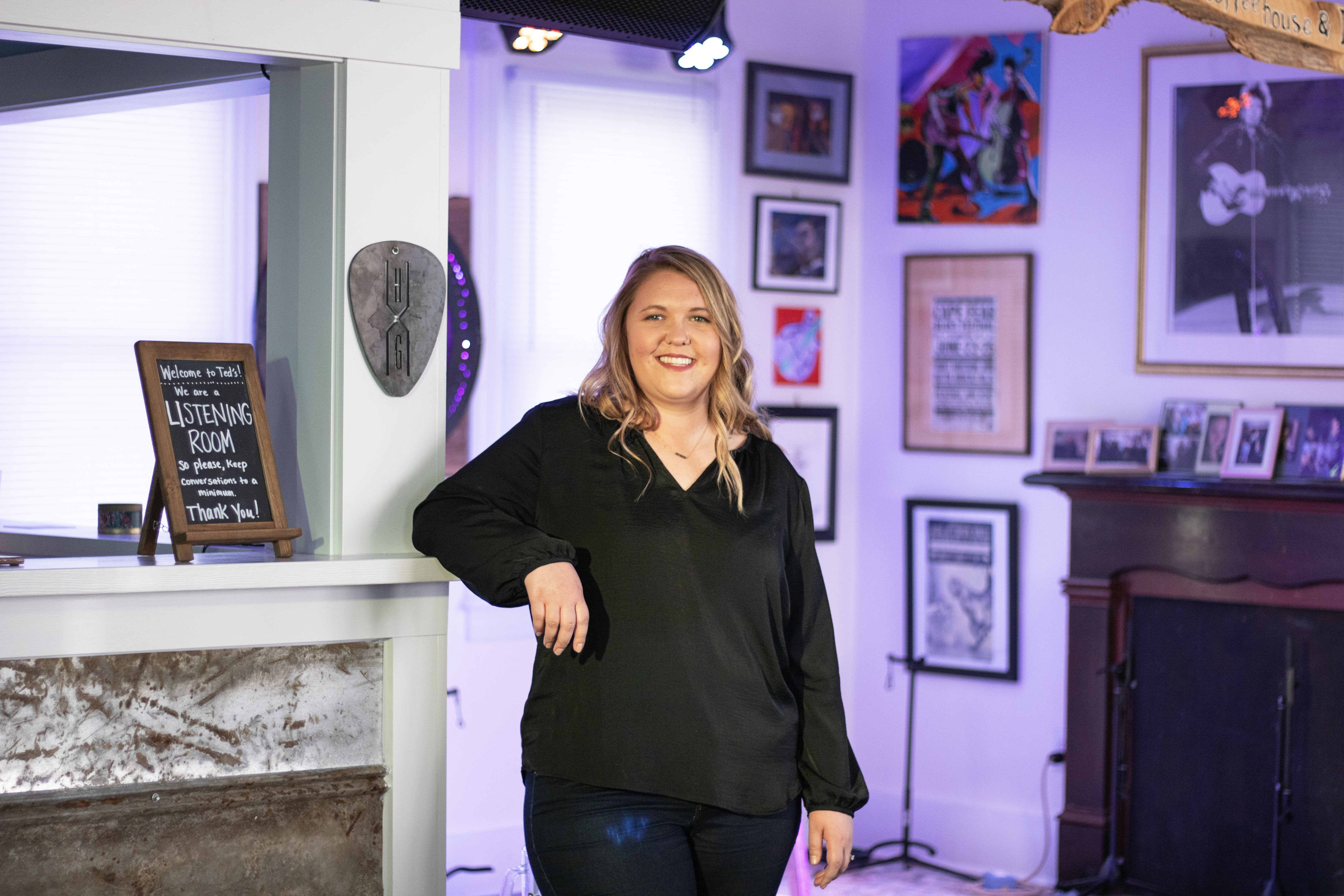 Wilmington’s only listening room, Live at Ted’s, opened in September after months of renovation and preparation by owners WHITNEY and TRENT HARRISON.

The couple bought the space from the Jewells who had operated it as a combination music venue and general store.

“It had become a staple in Wilmington,” Whitney Harrison says. “When they announced they were retiring in December 2018, we looked at each other and said ‘Wow, what an amazing place.’”

A listening room is a small, intimate music venue where the music is the primary focus.

The Harrisons share a background in the music business.

Whitney Harrison’s brother is a member of L Shape Lot. A native of Shelby, she studied music at University of North Carolina Wilmington and taught chorus at New Hanover High School for a while. Trent Harrison owns Hourglass Studios, a recording space.

All along, they had an interest in producing live shows, she says and had done a couple of them when Ted’s venue at 2 Castle Street became available.

Running the music venue and the recording studio meant juggling the calendar, so Live at Ted’s is open Friday through Sunday with the occasional special show on Thursday.

“We decided to solely focus on music, so the name was adapted to Live at Ted’s. We wanted people to know we were keeping that tradition of a listening room where people come to listen to the music and the stories behind the songs,” Whitney Harrison says.

To accomplish this, they took down walls and opened up the space to increase capacity from forty-nine to seventy, added some paint, and installed a quiet central heating and air conditioning system. There’s also a large outdoor deck.

Memorabilia from past shows cover the walls. Whitney Harrison has been scouring thrift shops to find suitable frames to save old concert posters and autographed setlists.

To keep both businesses running smoothly, Trent Harrison focuses on Hourglass, and she manages Ted’s while assisting with marketing for Hourglass.

“I do all the booking and manage the bar,” she says. “Trent runs the sound.”

“We have a vibrant musical community in Wilmington, and we want to celebrate it,” Whitney Harrison says.

The calendar includes local and regional artists and will extend to national as the venue grows.

“In the fall, especially, I’m looking to reach out to well-known artists. This weekend, we have Acoustic Syndicate from the western side of the state,” Whitney Harrison says. “They’re the biggest I’ve booked so far; it’s good experience. I’ve gotten my feet wet and am ready to look into some bigger name artists.”

Its website contains a full calendar and a review of the etiquette of a listening room, including keeping conversations to a minimum.

She expects to mount some Thursday shows during the summer, and there may be the occasional special event, such as its Fat Tuesday show.

“We have some of the most beautiful sunsets you’ve ever seen in your life,” Whitney Harrison says. “People come at opening time to watch the sunset. It’s a really magical place. A special place.”