Alisha Murray-Richardson followed her own path into real estate, and it's taken her to the top 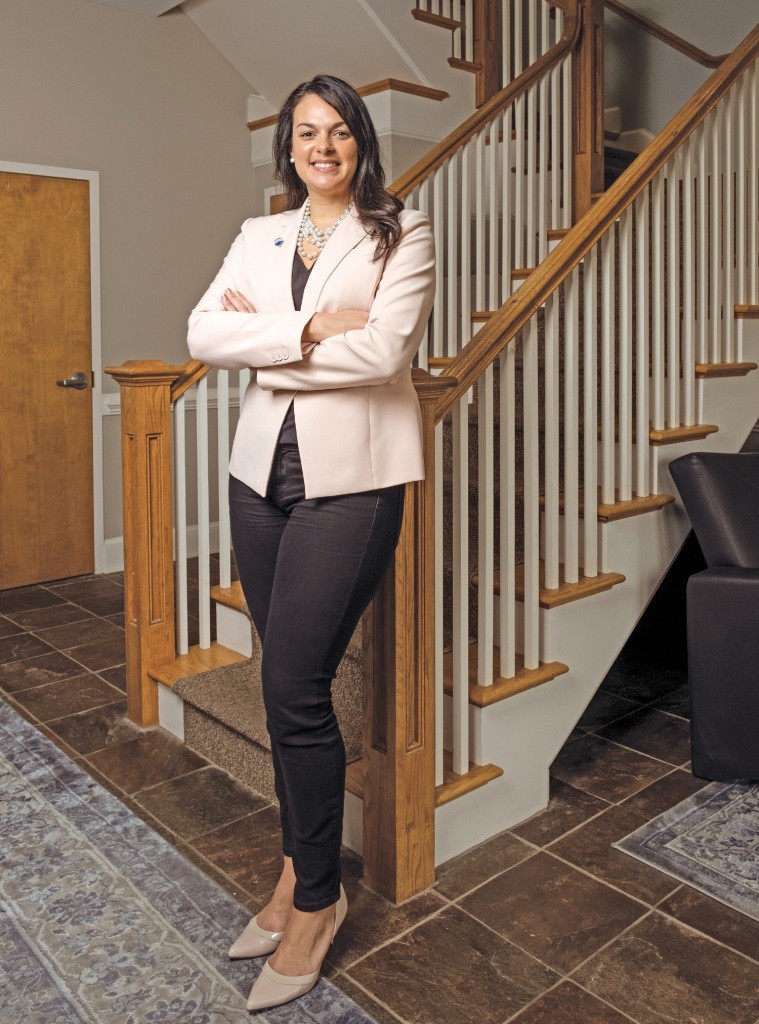 ALISHA MURRAY-RICHARDSON, who recently took the reins of RE/MAX Essential in Wilmington, has never sold real estate. Yet, she presides over a growing firm, drawing on her abilities in administration, education, and marketing.

A Durham native, Murray-Richardson studied communication with a minor in leadership at the University of North Carolina Wilmington. When it came time to pick a career, Murray-Richardson had two strong contenders: a human resource track, through PPD where she had interned while in school, or real estate. That was 2002.

She chose real estate, and she’s never looked back.

Her first job was on the administrative side of a wellknown local real estate company where she started out answering phones. “Over the years, I worked my way up and was offered additional roles as I grew,” she says.

Ten years ago, when co-workers left to start a RE/ MAX franchise, they offered her the opportunity to go along. Despite a cut in pay, she took the leap.

“It paid off. The company grew tremendously, and my abilities within the company grew and grew until this opportunity approached,” she says, referring to her recent move into ownership and elevation to president and CEO of RE/MAX Essential.

She continues to concentrate on training for agents while expanding her focus to the company’s marketing plan and growth potential. “That’s a big piece of what I do now,” she says of her interaction with agents. “My role includes agent mentoring and accountability.”

She’s also concerned with training on new platforms and tools and sometimes partners with the broker-incharge for educational programs. “I handle the daily operations, business planning, and overall development. I have my hands in a little bit of everything,” she says.

Murray-Richardson’s real estate experience has all been in the operational and administrative side of the business, which she continues in this new position.

There is a division of responsibilities, Murray-Richardson explains, but the three collaborate on marketing and training, among other things. Internal training is face to face.

“Training is based on the current needs of our agents. It’s not level 101; it might be level 501 because our agents are more skilled, high producers who have been in real estate for a long time,” she says.

Murray-Richardson sees this new venture as a time for new experiences, especially those that present themselves to owners versus employees. “I’m allowing myself a lot of personal growth,” she says.

Compared to others in the local market, their company is smaller than some, she says, which allows a lot of room to grow the company and her vision of it.

“We have the challenge of rediscovering ourselves. It’s the perfect time for us,” Murray-Richardson says.

At the end of last year, the firm ranked as the eighth-largest residential real estate company locally in terms of the number of agents – sixty-eight. But it jumped up to the fifth spot when it came to closed sales volume for the year – $266.3 million, according to the North Carolina Regional Multiple Listing Service.

“We’re not always the right fit for some agents, so that’s a challenge,” she says. “We don’t have a lot of newly licensed agents here. Ours have been in the industry for years and are top producers. Of the top 200 agents in the Cape Fear Realtors organization, we have ten of the top producers.”

All this comes as the local housing market remains active.

“The December stats were amazing,” Murray-Richardson says. “They increased in every way: closed, pending (sales went up), days on market went down. The average sales price has increased.”

Noting that several new builders and developers have moved in, Murray-Richardson says she believes the region will continue to see a strong market, especially in the outlying areas.

For 2020, Murray-Richardson has several goals for her company. “I would like to be more active in the community and more involved with marketing in town,” she says.

She notes that the company’s ten-year history has seen a lot of organic growth and says, “I want to be more aggressive about getting the word out to agents about who we are.”

She also wants to align herself with her agents’ goals.

“We have agents I feel have grown tremendously. I want to know the agents’ goals and to help them exceed those goals,” she says.