Leanne Johnson, 33, of Leland won first place out of 555 women runners and walkers in the 4th annual Wilma Dash. Her time was 19:33 minutes, with a pace of 6:17 minutes per mile for the 5k race. Johnson has completed various marathons and races, including the New York City and Boston Marathons, as well as two Ironman triathlons.  Johnson’s husband inspired her after he trained and completed an Ironman in 2006 after a double lung transplant. 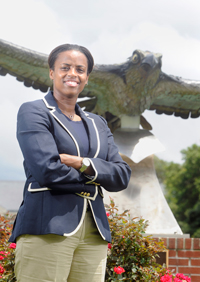 Adell Harris, former Wake Forest player and Tusculum College coach, was announced as UNCW’s women’s basketball head coach. Harris led her Tusculum team to a 61-30 record. The 31-year-old North Carolina native returns to her home state after coaching in Tennessee for three years.  She will replace Cynthia Cooper-Dyke, who left to coach at Texas Southern.
– By Allie Wilson

Advisory board appointed to Virgo 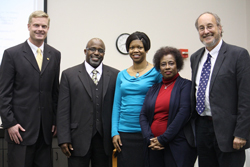 A new advisory board for D.C. Virgo Preparatory Academy was chosen on March 6. Three members were selected from the Board of Education, and three members from the Blue Ribbon Commission. Dr. Robert Blundo, Dr. William Sterrett and Mr. Paul Colvin were selected by the education board. Rev. Clifford Barnett, Sr., Dr. Donyell Roseboro and Dr. Sandra Sheridan were appointed by the Blue Ribbon Commission. The advisory board will meet this summer to prepare for the re-opening of D.C. Virgo in August 2012.
– By Allie Wilson

Sustainable read
The Going Green Environmental Book Club will discuss Reinventing Fire: Bold Business Solutions for the New Energy Era on Tuesday, August 7 from 6 p.m. to 7:30 p.m. at Old Books on Front Street located at 249 N. Front Street. “I picked this book because [author] Amory Lovins has been one of my environmental heroes for decades. He has logical, practical, workable solutions that don’t require major legislative changes to implement,” said Valerie Robinson, editor of Cape Fear’s Going Green.
– By Alison Lee Satake