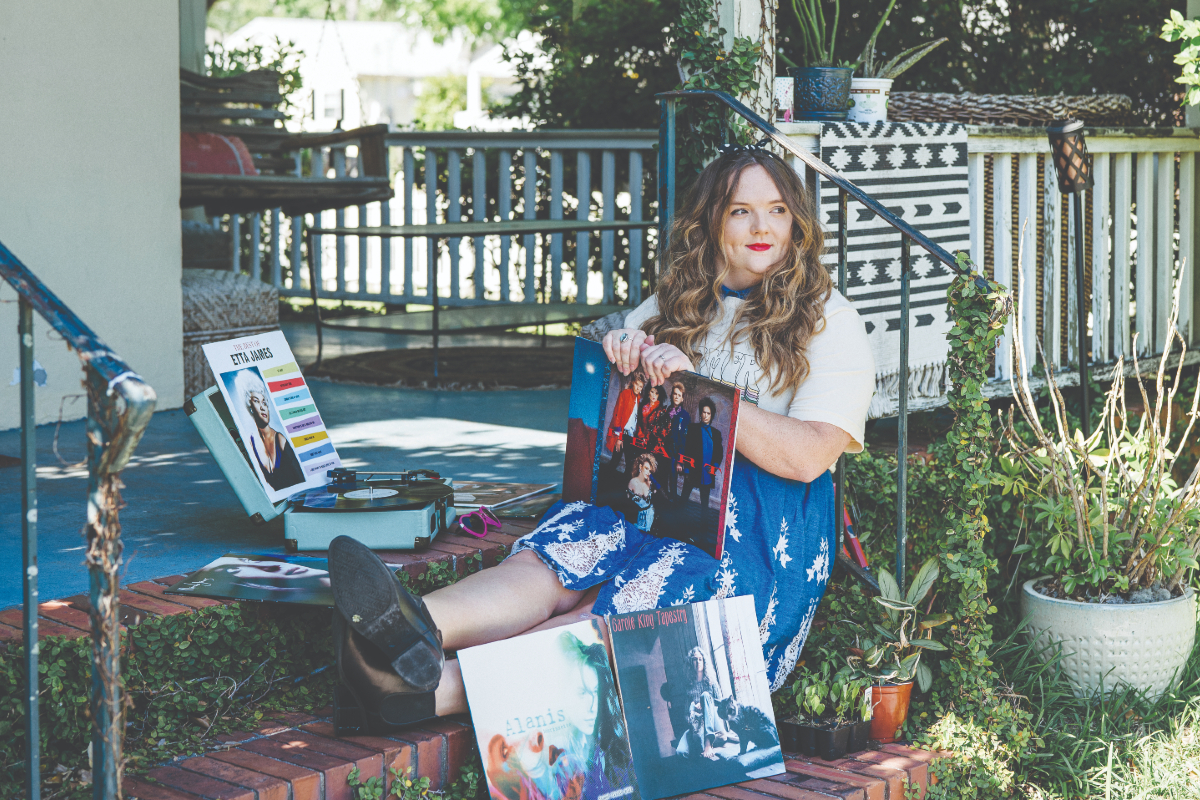 What a few years ago seemed like a dying industry, records and the stores providing them have made an impressive comeback with music aficionados opting for physical, plastic-pressed copies of their favorite music.

U.S. vinyl sales rose by 22% in the first half of 2022 to $570 million, and the vinyl share of the physical product market increased from 68% to 73%, according to the Recording Industry Association of America’s mid-year music revenue report. It also appears that millennials and Gen Z populations are driving this comeback.

In Wilmington, there are several record stores that offer vinyl, as well as other physical music products.

Nestled on Castle Street, Gravity Records buys, sells and trades vinyl. The store also has cassettes and can service, buy and sell audio equipment such as turntables, receivers, speakers, CD players and more.

The store also does online “albums drops” on its Facebook and Instagram accounts where people can claim albums they want to buy and either pick it up at the store or get it delivered.

From October 17 through October 20 the store will have a buy one, get one free sale on its budget vinyl, which comprises of over 2,000 titles. The store expects to have more vintage buys coming soon.

In downtown Wilmington, Modern Legend is a boutique store that offers vinyl as well as lifestyle and gift items such as clothing, bags, jewelry, books, candles, mugs, and more.

The store has a handpicked selection of vinyl and was founded by CATHERINE HAWKSWORTH (pictured), who has always had a passion for music, received a degree in music business from Berklee College of Music, and is a VIP Assistant with VIP Nation from Live Nation.

The store is celebrating its sixth anniversary with a one-day sale on Saturday where everything in store and online will be 25% off. There will also be a free mimosa bar at the shop.

The Record Bar store describes itself as “more than a local music store – it’s a legacy.” The store buys vinyl, CDs and tapes and its inventory include a diverse collection, such as new and used vinyl. The store can also make special order on items that it may not already carry.

The store hosts Facebook Live Album Sales on Thursdays throughout the year where people can join the live event and claim their record in the chat. The next live event is on Oct. 27

From indie exclusive releases to blues to metal and country, School Kids Records offers a wide variety of vinyl. The store was summoned back to life in 2021 after it had closed in 2003 after being open in the region for 25 years.

It opened a few doors down from its original spot.

To make it easy to keep up with latest releases, the store often posts a New Release Round Up on its Facebook page with a list of albums that are available for purchase.

For more unique or experimental music tastes, Squidco provides “improvised, composed, experimental, unusual, and other music from labels and artists around the globe.”

While the store is primarily online, it does offer a retail shopping space by appointment at 332 Shipyard Blvd., which also serves as its warehouse.

Its founders describe the store as “a product of my relationship to words, sounds, and humans. It means multitudes to know that you find value in my offering of books, music, and ephemera.

Since 2000, Yellow Dog Discs has been providing all sorts of media for the region, specializing in used merchandise. In addition to vinyl, the store carries CDs, DVDs, laserdiscs, books, games, and collectibles, including a large selection of Funko Pops.

On Facebook Reels, the store posts videos with details on new albums available at the shop.