Kathryn Benko on her path to finding inner strength 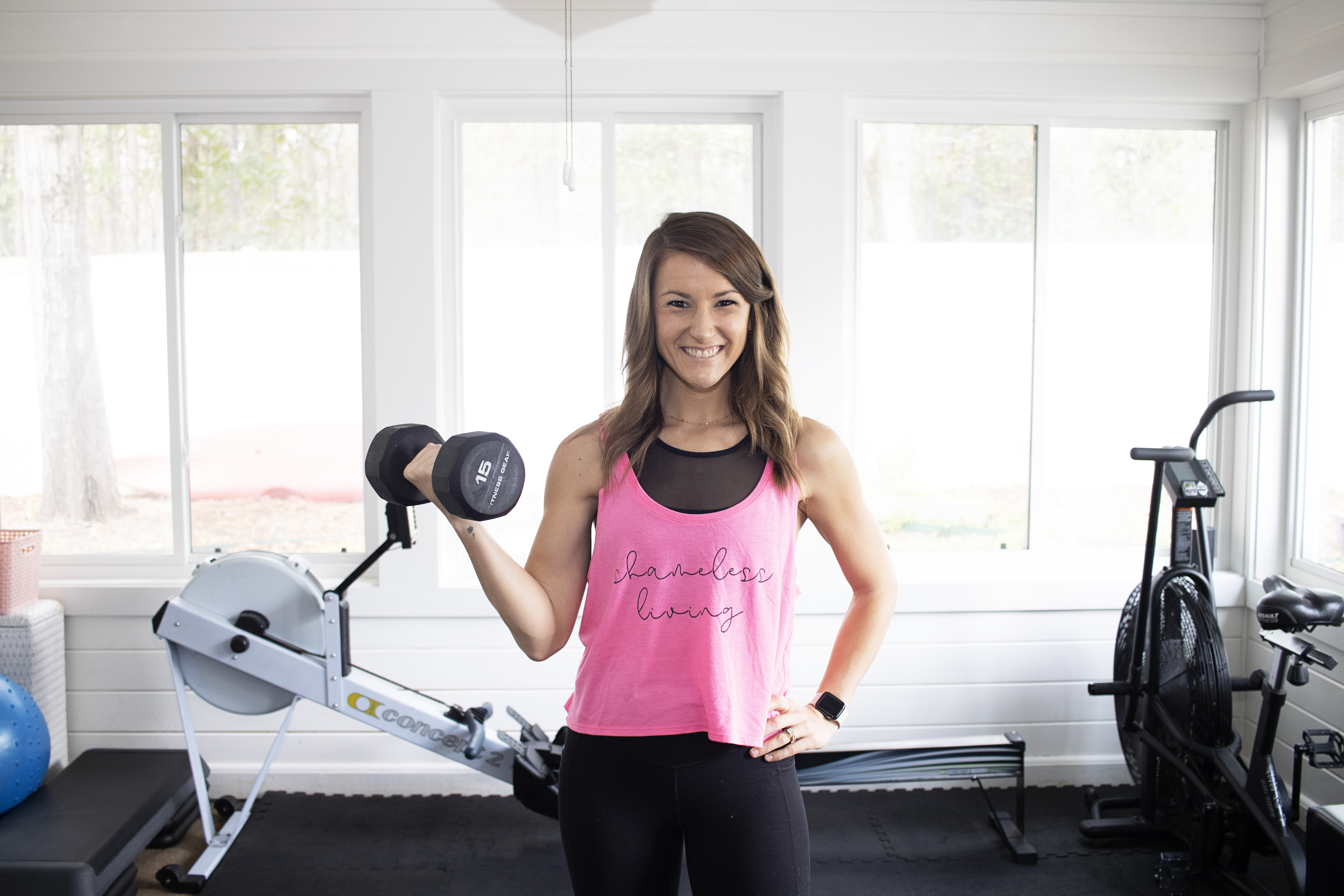 When KATHRYN BENKO couldn’t control the anxiety she felt when she got a new job and was overwhelmed by the work, she turned to food.

By eating, purging, and not eating at all, she found something she could control – her weight.

But, this turned into dangerous and unhealthy eating disorders, which she struggled with for about three years.

Today, she works to make sure other women face their body image demons through healthy exercise and eating — she wants them to live shamelessly.

Now a certified personal trainer, Benko started Sole Fitness in 2016 to help them achieve this.

Benko’s mother was born in Wilmington, and Benko had often visited family here from Dallas where she grew up.

Benko decided to move to Wilmington in 2014, searching for a fresh start in a familiar setting after her eating disorders had become troublesome and dangerous. She was building a community of friends through several fitness activities.

As she got to know other women, she shared her story and realized it wasn’t an uncommon one. Many women — she half-jokingly says about 99 percent — also had issues with their body image.

“I found that the more I was unashamed of my story, the more breakthroughs happened,” Benko says.

Shameless living came to be she says, “because we not only want women to exercise but to also build community by hearing our own stories and vulnerabilities and through that, empower women to heal and become stronger, not only on the outside, but on the inside, as well.”

“I found that a lot of women are struggling with it [body image, eating disorders] in secret,” Benko says.

An unhealthy relationship between their bodies and food, often leads to disordered eating, described as “a range of irregular eating behaviors that may or may not warrant a diagnosis of a specific eating disorder,” according to The Academy of Nutrition and Dietetics’ Eat Right website.

With these unhealthy relationships, often anything a woman puts in or takes out of her body through food is done as a punishment, Benko says.

According to the National Eating Disorder Association:

Researchers followed a group of 496 adolescent girls for eight years, until they were twenty, and they found that:

Soon Benko and her tribe of like-minded women on their path to healthy living were meeting at parks such as Wrightsville Beach Park, Hugh MacRae Park, spaces at the UNCW campus, and in her neighborhood to work out together and inspire one another.

These free workouts began in 2015 and at first, they were once a week, then, twice a week.

Benko started Sole Fitness about a year-and-a-half ago.

She says her pricing for training — two classes a week at $40 a month and three times a week for $60 a month — makes Sole an affordable fitness option.

In addition to operating Sole Fitness, Benko has her own social media and marketing company.

She says what sets Sole Fitness apart from other fitness facilities in the area is it is led by a woman, caters to women, and it focuses on helping women find their path to a healthy view of their body and strength.

“It’s a way to celebrate what our bodies can do and hopefully from there, strengthen who we are on the inside more so,” she says.

The group and at-home classes include forty-five-minute intense workouts followed by a ten- to fifteen-minute uplifting message from Benko that often celebrates participants’ bodies, their strength, and their inner beauty.

“I think a lot of people think if you want to be strong and fit you need to be under 140 pounds and a certain size,” Benko says. “What I’ve found is that’s just not true. There are so many different body types, especially for women, and every body type is strong, especially if that person is trying to move their body well.”