How three Wilmington women are shaking up the distilling industry 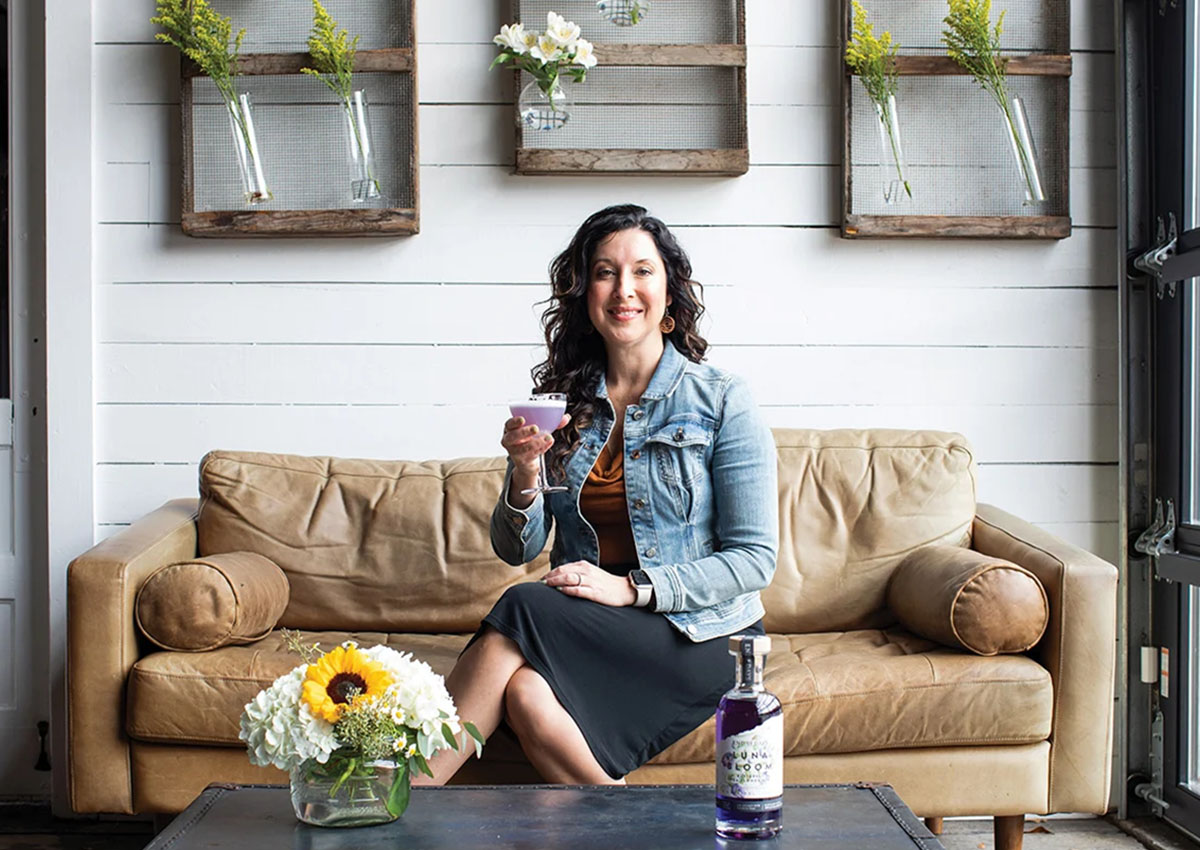 In 2019, when BROOKE BLOOMQUIST took a master distillers class in Colorado, she was one of two women in attendance. Years earlier, her father, Mark, had come to her with the idea of a figurine in a bottle, perhaps a blue shark, who’s docile nature is overlooked due to its association with fellow hunters lurking beneath the surface.

After the family launched Blue Shark Vodka in 2019, the ocean-loving Bloomquists partnered with the Atlantic Shark Institute to tag blue sharks and follow them up and down the coastline. They even planned for a party once the sharks reached local waters. Yet, things took a turn when leading shark experts couldn’t find any blue sharks to tag, and one they did track disappeared in an area known for nonethical commercial fishing.

Much like how the blue shark is lumped into an ill-fitting category, the same can be said of women in the distilling scene. Although distilling was long-considered women’s work, the witch hunt that swept Europe and Colonial America for centuries saw 50,000 women charged with black magic and persecuted, many of whom utilized the distillation process to create medicine. By the Industrial Revolution, women all but disappeared from the process of liquor production; it was viewed as hard, labor-intensive work not fit for a “homemaker.” Only in recent years has the industry seen inclusive change. 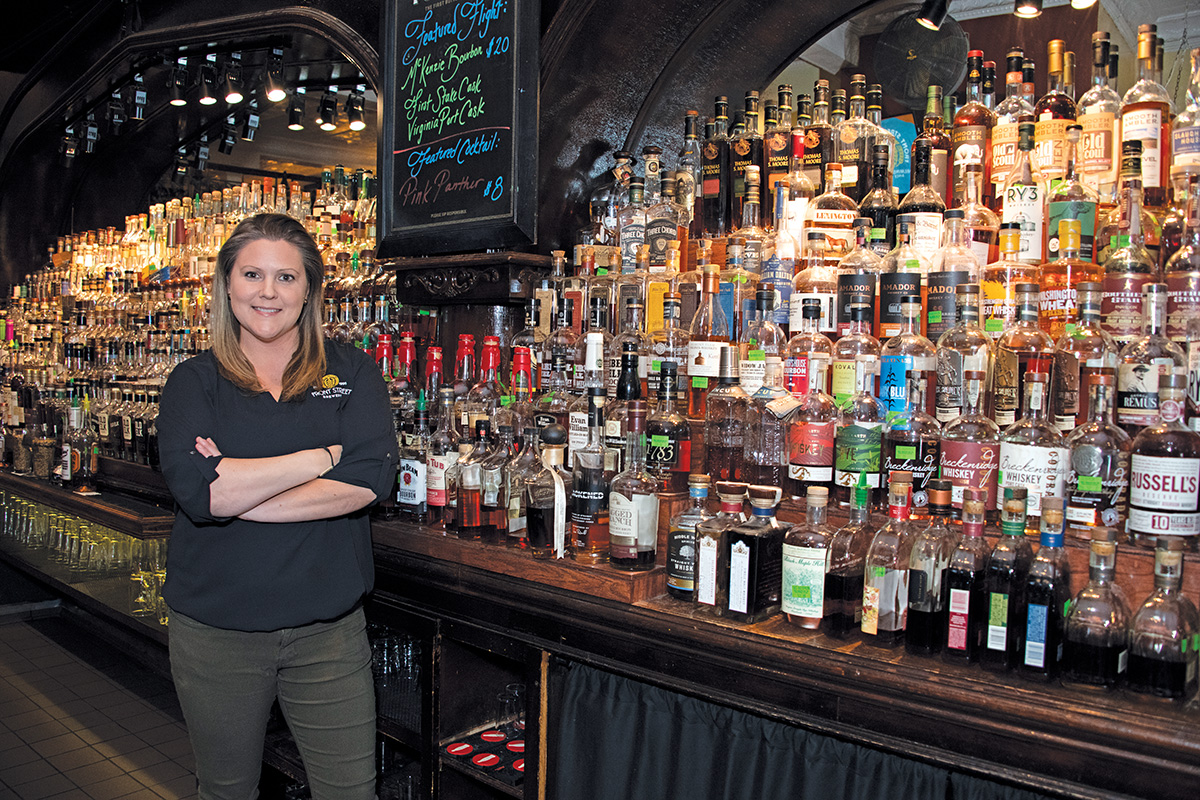 “In 2008, I was young in the craft beer industry when not a lot of women were there,” says ELLIE CRAIG, who heads sales and public relations for Front Street Brewery. “Then, there was the emergence of organizations like Pink Boots Society to help female brewers and marketers. I think we are seeing a changing of the tides as it relates to the male-dominated interests in spirits. Over the past couple of years, there’s been a shift, particularly in the interest in bourbons and whiskey.”

Craig herself is working to bring rare bourbons and whiskeys to the Port City through the ILM Downtown Brown coalition. Front Street Brewery’s partnership with four other whiskey-centric establishments gave force in numbers and allowed the coalition to travel to Statesville to procure its first joint-barrel pick from Southern Distilling Company. In early September, their pick, Southern Star Cask Strength Single Barrel Bourbon, was awarded Best Overall Bourbon out of 650 spirits at the New York World Wine & Spirits Competition.

While husband-and-wife founders SHANE and BETH FAULKNER initially launched with their Port of Entry Rum and Port of Entry Vodka, their Survivor’s Cut Bourbon (debuting in 2021) sold out in a mere 45 minutes. Even more shocking, this was the first Wilmington-produced bourbon since the prohibition. This November, End of Days re-released the series.

While Shane heads distillation, Beth’s direction and input have transformed End of Days into more. The expansive lounge is outfitted with couches of cognac leather, barrels are placed as resting points for the various craft cocktails offered from the seasonal, rotating menu. Patrons can purchase anything from T-shirts to gin in the retail room, which she calls, “her baby.” Even minor details, like fresh flowers, are changed out and overseen by Beth.

“As I’ve visited distilleries and met with the owners and staff, even these somewhat male-dominated distilleries have a wife or woman directing the ship. Visible or not, organizational skills and attention to detail are so crucial,” Beth Faulkner says. “I’m the co-founder with Shane, and we are very much a team. I always loved craft cocktails and what a distillery offers. We want everyone who walks through the door to feel like they’re a part of something and enjoy the experience – much like the experience I initially sought to bring to Wilmington.” 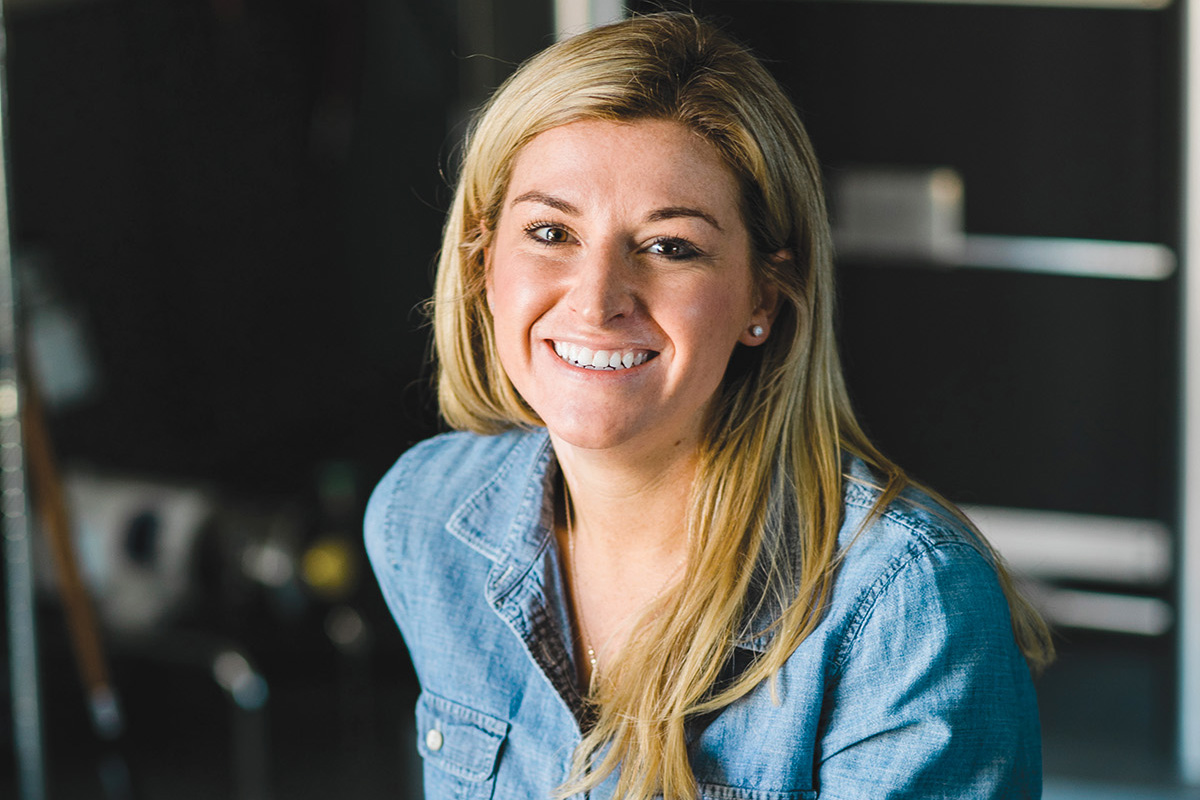 Away from dark liquor and cocktail lounges, Blue Shark Vodka’s smooth, award-winning taste has Brooke Bloomquist to thank. While her father developed the idea into a business, she perfected the recipe through trial and error. Sourcing non-GMO, heirloom-variety sweet corn from a farm in Polkton, North Carolina, is one way she’s able to set Blue Shark Vodka apart.

Another is through philanthropic efforts. Their iconic bottle has seen four transformations; yet a custom, limited edition label by muralist and conservationist, Wyland, allowed the company to donate $1 of each bottle sold to The Wyland Foundation that supports ocean conservation programs in communities and schools. Today, Blue Shark Vodka also continues its partnership with the Atlantic Shark Institute, donating 50 cents per bottle to the organization.

While Brooke Bloomquist distills, her mother, NIKI BLOOMQUIST, has a hand in the business’s day-to-day operations, and ASHLEY MORRIS heads all public relations efforts.

“It’s a male-dominated industry, but on our small but mighty team we have more females than males,” Brooke Bloomquist says. “Distilling is something that I never thought in my wildest dreams I’d be partaking in. Taking my master distillers class, trial and error, and testing recipes has gotten us to where we are.”