From local sailor to global adventurer 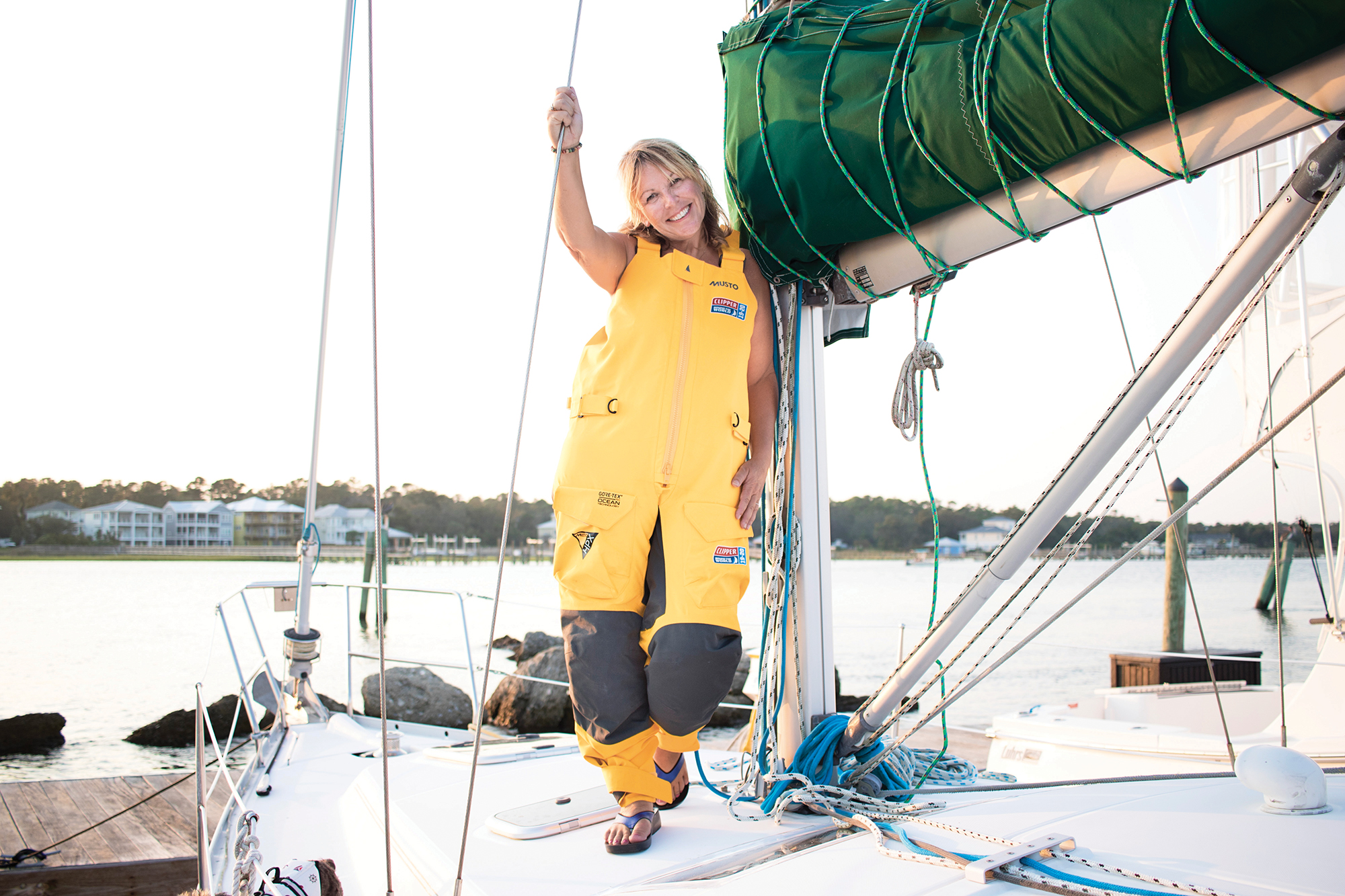 For most, the dream of leaving normal life behind and setting off to sail the world is just that: a dream. But for KERRY DEWBERRY, a Wilmington local and vice president of strategic partnerships at PPD, that dream is becoming a reality.

Dewberry, who grew up in England and moved to the States eighteen years ago, is one of 700 people partaking in the 2019-20 Clipper Round the World Yacht Race – a sailing race, divided into eight legs and fifteen individual races.

With no previous sailing experience required (but a rigorous training course completed beforehand), participants choose to take on individual legs (each about six weeks long), or the full circumnavigation of 40,000 nautical miles.

Dewberry will sail on Qingdao, one of eleven identical 70-foot ocean racing yachts, each equipped with a qualified skipper and first mate. The first race of the current edition commenced on September 2.

Dewberry shares that one of the yachts is named UNICEF, in honor of the organization for which the Clipper Race raises funds. For the third edition in a row, the United Nations Children’s Fund will serve as the official partner charity, and there couldn’t be a more perfect match, says Dewberry.

Dewberry’s team aspires to raise $33,000 for UNICEF, as part of the race’s overall goal to surpass the $1-million mark.

Growing up, Dewberry became inspired by her father’s experience in the Royal Navy. She took sailing lessons with the Royal Navy and as an adolescent went on a sailing excursion with friends, after which she was hooked on the sport. 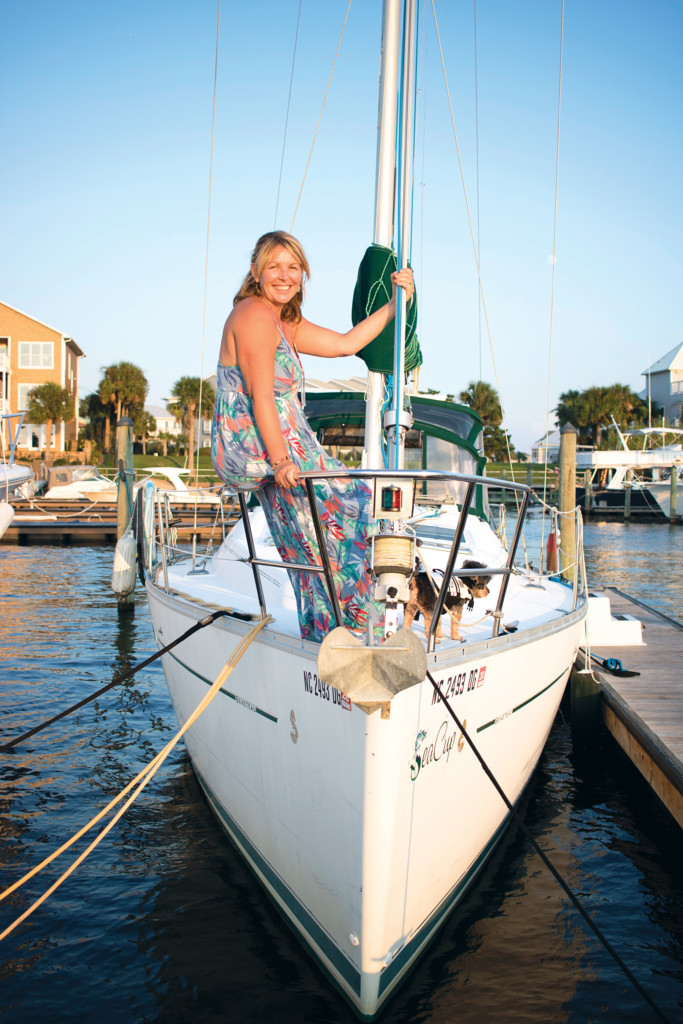 As a young adult, Dewberry began sailing Hobie Cats – small sailing catamarans – and early on in her career as a clinical research associate, she was given the chance to participate in a sailing race similar to the Clipper, while working for a company sponsor. At the time, it didn’t seem possible, so Dewberry declined.

“I thought I had too many responsibilities,” she reflects. “I (had) these student loans, had just bought a house, had this career … (I thought) I can’t possibly leave.”

But twenty-five years later, with her son grown up and off to college, Dewberry says that she couldn’t let another opportunity for adventure pass her by.

So, when she learned about the Clipper Race through a Facebook group, Dewberry jumped into action. She applied and went through an interview process, which focused more on her personality and interpersonal skills than on her sailing abilities.

“Lots of questions about how you’re going to get on with a lot of people … whether you’re a good fit for the crew,” she explains.

Dewberry made the cut and went on to complete four weeks of training, in England and Australia.

“That’s when I realized that these boats are very strict, no luxuries – knocked my princess out of me a little bit,” Dewberry says with a laugh.

She explains that going upwind, the boat is heeled over, so it’s like living life at 45 degrees – “always climbing up the walls.”

The roughly eighteen-member crew is on a watch system, which entails everyone getting only four hours of sleep at a time and showering once a week. Sleeping has to happen on the high side of the boat, to enable it to go faster.

“It’s not glamorous,” Dewberry admits, but she’s more than up for the challenge. 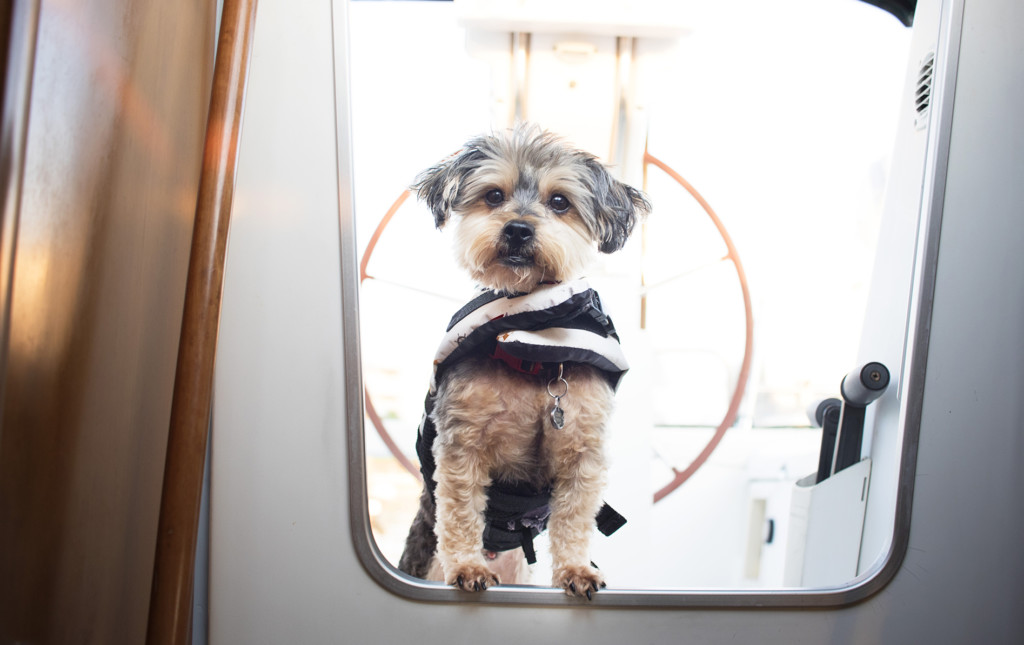 In April, in preparation for a year of sailing the world, Dewberry sold her house and moved aboard her boat, a 35-foot-Beneteau named Seacup, docked in Carolina Beach.

Seacup will serve as Dewberry’s home base between the two legs of the journey she’ll sail.

She plans to leave for Australia in November and start her leg at the beginning of the year.

From January to March, the race’s fifth leg will take Dewberry from Australia to China; she’ll sail by the Philippines and Hainan Island in China. In June, she embarks on the eighth leg, the final stretch of the whole race, when Dewberry will navigate from New York to London. She’ll pass the Statue of Liberty, the Manhattan skyline, stop in Bermuda, celebrate with a big party in Northern Ireland’s Londonderry, and cross the finish line in London.

“It’s gonna be life-changing,” Dewberry says, adding that she hopes this experience will help her gain a deeper understanding of herself.

She looks forward to forming lifelong friendships with her teammates. And, she’s most excited for the thrill of the race, “looking how to gain on the other boats, taking the right strategy.”

But, Dewberry’s competitive spirit doesn’t keep her from enjoying the ride. In fact, she’s already known as the “team smiler.”