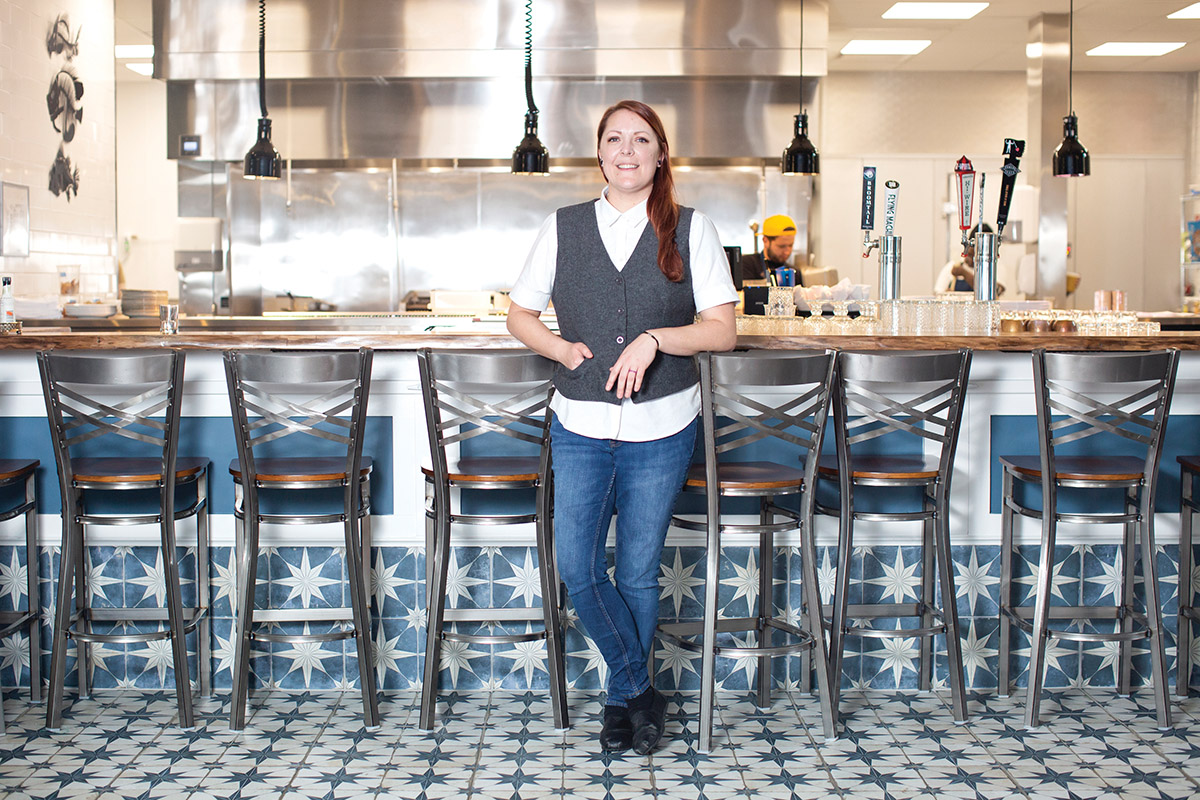 Seafood lovers know that the Wilmington area offers some of the best selections around. JENNIFER CONCKLIN and MATTHEW WALKER decided to seize that opportunity. As the owners of three10, they are challenging the local restaurant scene with a fresh, modern take on seafood dishes.

Besides the menu, what makes the three10 restaurant unique is it is housed in a relocated and repurposed historical building, the former Allen-Oliver house. Located in the downtown Brooklyn Arts District, the restaurant opened in October after three years of renovations.

Concklin and Walker had the home moved a few blocks north and it’s now located at 1022 North Fourth Street.

In a nod to the former building site, the owners decided on the name three10 from the building’s original address, 310 Bladen Street.

Along with the renovations, Concklin and Walker doubled the structure’s size, adding 1,200 square feet.

“We chose the area as it has a neighborhood feel while still being close to downtown,” Concklin says.

The restaurant’s dining room is a repurposed 1920s bungalow. The structure was relocated with the help and support of the Historic Wilmington Foundation to keep it from being demolished. There are still traces of the house’s historical features such as original glass, including its North Fourth facing dormer, and floors and siding where possible. The hostess stand consists of the original front columns, and the tables are made from roof rafters.

“We ended with what we think is a beautiful space,” Concklin says. “A harmonious balance of a 1920s bungalow style and a modern, open kitchen.”

From oysters and tuna to hushpuppies and grits, the menu at three10 blends seafood and traditional Southern meals, along with customized cocktails. 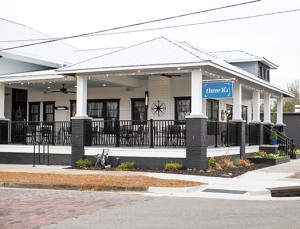 “We like to say we are most similar to PinPoint, Seabird, and Rx in style and concept,” Concklin says. “Our biggest difference is that while close to downtown, we are in a less congested area and that we have a completely open kitchen.

“The focus of our menu, like the space, is modernizing classics,” she adds.

She and Walker, who is head chef, choose to focus on low country ingredients in updated ways, while also maintaining a rotating menu.

“We double-check that ingredients can be sourced, then go from there, always keeping in mind the goal to use traditional ingredients,” Concklin says.

Their menu starts with reviewing the seasonality of products, actual produce, and seafood charts for what they can find local and fresh.

“This means, fresh and local is our priority,” Concklin says.

Walker rewrote the menu eight or so times before settling on the current one. North Carolina shrimp with Carolina gold risotto is one item that survived all revisions. Included on the menu are vegan and gluten-free offerings.

Vegetables and seafood always take center stage in every dish. Chicken and beef do not appear on the menu.

“There are plenty of places to get that stuff in town,” Walker says.

“We are mainly seafood with a few pork dishes sprinkled in throughout,” Concklin adds.

They are still testing their new spring menu, but plan to have additional offerings on it as well. To mark their first Sunday being open, a special Sunday service hybrid brunch/lunch is planned for March 27.

The couple moved from Austin back to the East Coast with the plan to open a restaurant and be closer to family.

“We visited Wilmington and loved that, while experiencing growth, it still has a small-town charm,” Concklin says.

The husband-wife team seems undaunted with the growth of the local dining scene as they have years of industry experience behind them.

“We found Wilmington to be well-developed but not over-saturated,” Concklin says.

The couple admits to being attracted to the ever-changing environment a restaurant provides. “There are new challenges to tackle every day,” Concklin says, “and the best reward is having guests relaxed and enjoying themselves in an atmosphere you helped to create.”