The Young Scientist Academy seeks to empower youth in their communities 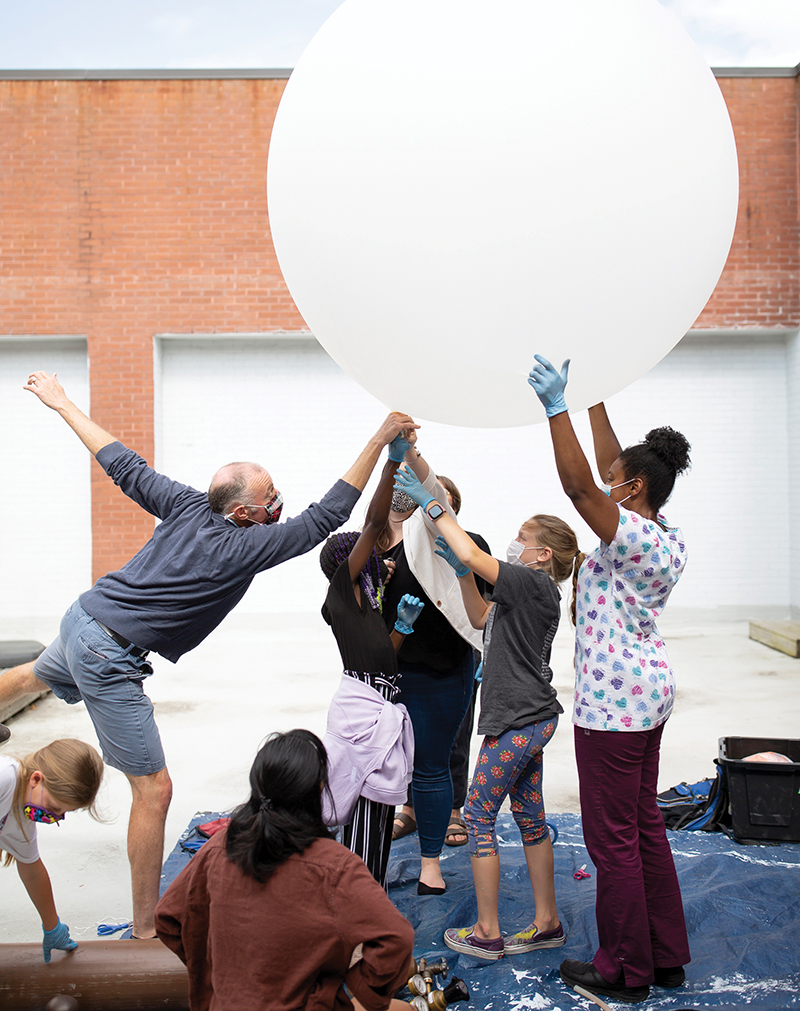 A chart on Young Scientist Academy’s website shows a significant disparity in test scores between New Hanover County students in suburban public schools and public schools in Wilmington’s downtown. It also shows that most Black and Latino students are concentrated in those downtown schools.

Young Scientist Academy was founded to address that problem. Its mission is to empower “youth of all backgrounds to be community ambassadors of science and technology as future leaders in our community.” The nonprofit offers a variety of hands-on programs to children from five to thirteen, serving fifty-five to sixty per week.

“These kids are really becoming ambassadors for science in their communities,” says JUSTINE MARGUERAT, vice chairwoman of the YSA board. “What they’re learning is directly related to the environment they live in. For instance, climate change and water quality directly affect their communities. Our programs give them access to really robust opportunities.”

There is a disconnect between academic science and many people’s daily life and children’s discovery of how science affects their communities, says ROB CONDON, a marine scientist and environmental educator who founded YSA here in 2017.

But it’s a problem-solving tool only when people in all sorts of neighborhoods, and with all sorts of backgrounds, are involved, he adds. In YSA’s early days, 95% of the program’s participants were white. Today, about 78% are Black and Latino; 75% are female. 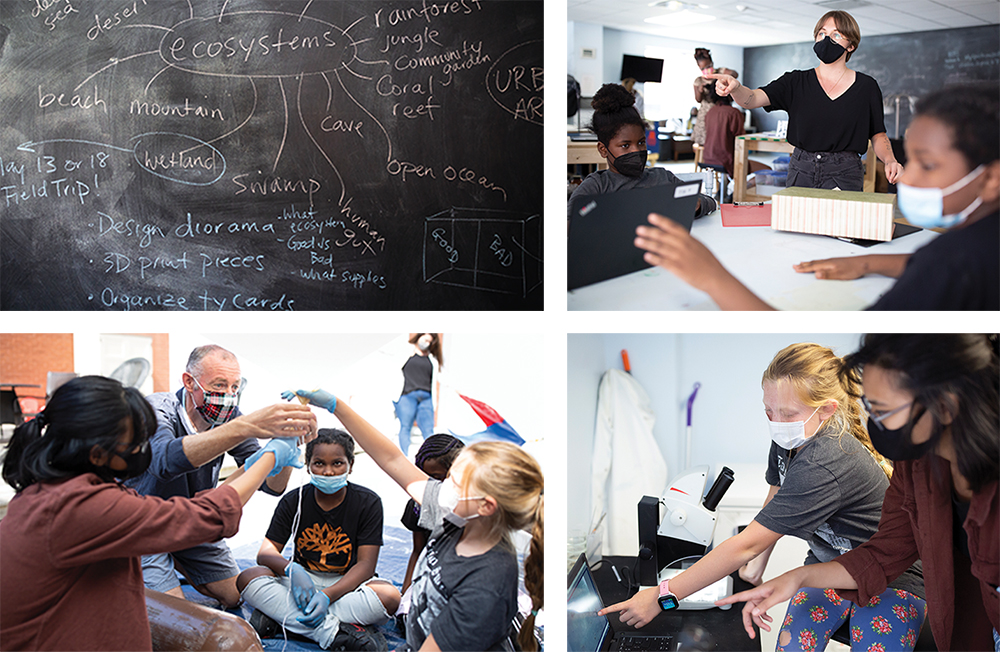 “We as an organization have made a concerted effort to really make science accessible without financial and racial barriers,” Condon continues. “I’ve done some pretty cool things in my career, but nothing compares with what we’re doing with YSA.

“We’ve got kids who are launching weather balloons into space and looking at high atmosphere information. We have girls who can build a computer and do programming. We have an outdoor program in Creekwood doing water quality monitoring. These (activities) are quite powerful.”

YSA’s staff members and volunteers – who are overwhelmingly female – are committed to science education and share a vision of what the organization is trying to achieve, according to Condon.

YSA’s space is divided into three sections: the lab area, the tech area, and the “relax and collaborate” space. 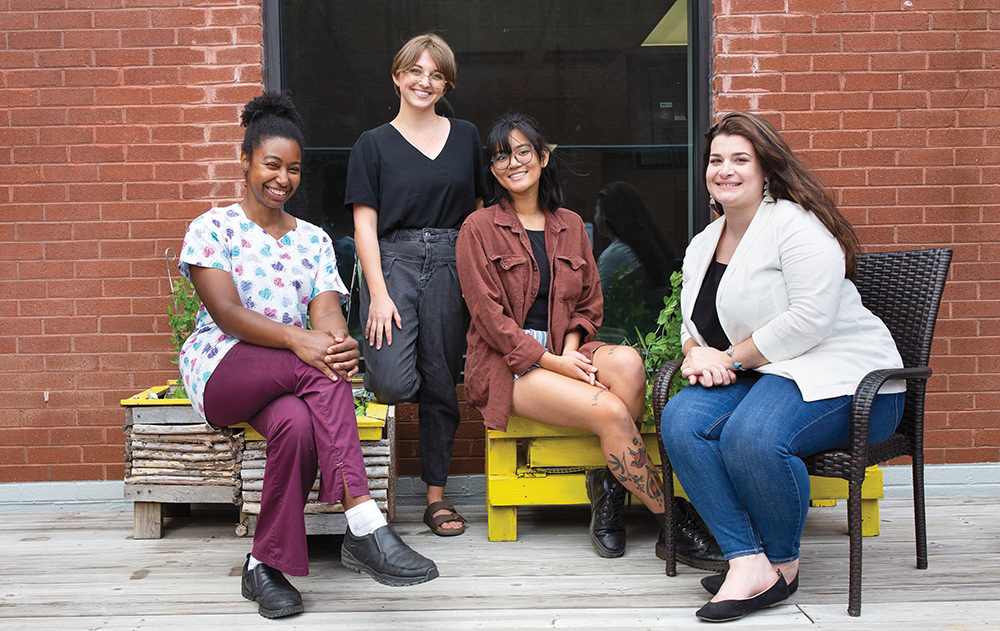 All equipment and supplies are furnished, and all programs are free of charge, thanks to the financial support of some individuals and a variety of companies. nCino is a major business sponsor; YSA has also received grants from The Landfall Foundation and the NHRMC Foundation.

YSA’s neighbor on the fourth floor of The Harrelson Center is Voyage – formerly the Blue Ribbon Commission – which works with youngsters and teens in the Northside community to increase self-sufficiency, social cohesion, access to mentors, and real employment experience fostered through summer internships.

Voyage and YSA collaborate in ways that benefit both programs, according to Marguerat, who became involved with the Young Scientist Academy last year.

“I was working as an intern for Voyage, where I am now the executive assistant,” she says. “With Voyage, I worked at the Hemenway Center, which is where YSA did the Afterschool Science Ambassadors program. I got to witness firsthand the after-school program and Sidewalk Science (a program for younger students).”

What drew her to the science programs, Marguerat says, was the level of participants’ excitement and engagement.

“I wanted to see how I could be part of the organization. I eventually joined the board,” she says. “Voyage is closely tied to YSA; we’re working together to provide STEM leadership opportunities.”

“This is the big thing we’re focusing on next,” says PAIGE COPENHAVER, a YSA senior program assistant. “It will involve maybe fifteen YSA kids, with about ten high school kids as mentors.” 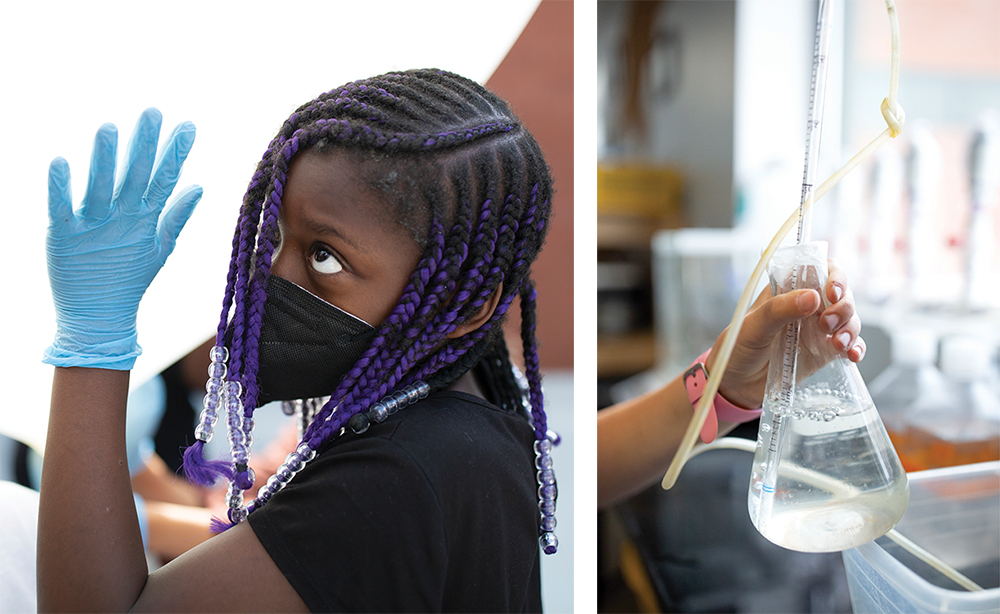 Those mentors are selected from Voyage participants, adds MAKAYLA MOLINA. The recent University of North Carolina Wilmington graduate, who will help with the summit, describes the format as a mock science conference along the lines of a Model UN.

“There will be a combination of discussions and hands-on activities,” she says. “We’re hoping to get some speakers to familiarize (participants) with people who are leaders in these fields, like conservation.”

While one of YSA’s long-term goals is to expand to other cities, it’s focused only on Wilmington at present, Copenhaver says.

“We have a big waiting list; we can’t have too many kids per program,” she says. “We’d like to expand our programs and add more staff, but we need better access to funds because we want to keep it free for the kids.”

But YSA is not just about the science, Copenhaver adds.

“We want the kids to know we believe in them,” she says. “So, we need to be not only good science educators but good mentors and help them believe in themselves.”