Fishing for a new menu 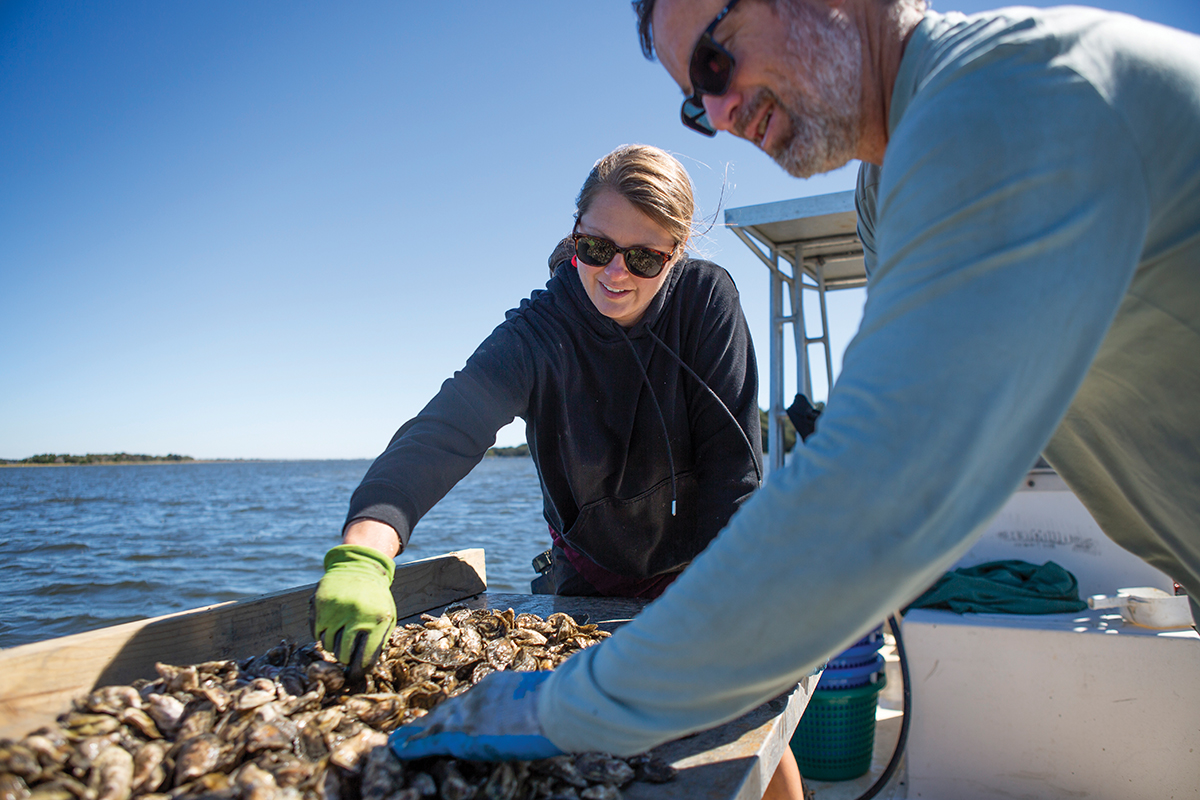 Maybe all good things really do come to an end, but in the case of Castle Street restaurant Rx Chicken and Oysters, good things begin again … and even better than before.

After ten years of operating the previously named Rx Restaurant, co-owners SARAH and JAMES DOSS, closed the doors in February to prepare for a new chapter. Their social media post announcing the closure ended with, “We love you, Wilmington, and we’ll see you again very soon!”

That “very soon” is now within reaching distance as the pair aims to reopen the restaurant, on the corner of Castle Street and 5th Avenue, in the coming months. The original restaurant, which James Doss opened in 2012 and named in reference to the former Hall’s Drug Store housed in the building, evolved over the intervening years into, as he says, “more fine dining than we really intended in the beginning.” 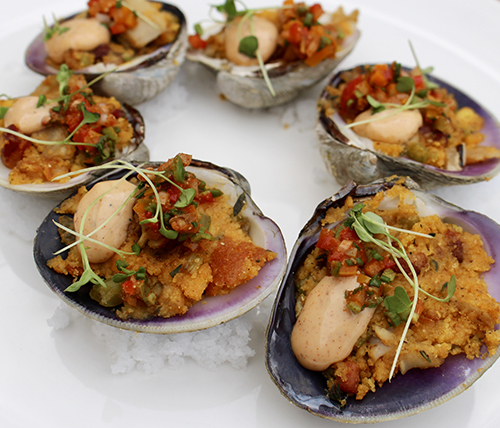 While the restaurant always had an emphasis on creative food offerings and local ingredients, the refresh allows the pair to recalibrate a bit and get back to their roots.

Sarah worked at the restaurant in its earliest days, eventually becoming a co-owner with James after they got married in 2018. As someone who was around in the beginning, Sarah Doss saw the subtle evolution of the restaurant for herself.

“It definitely got further away from what it was when it opened and evolved to being a little bit more fine dining,” she says, “which is great, but it’s just not what we’re wanting to do now.”

The decision to close the restaurant these past few months was a bittersweet but necessary one. “We were in there every day, all day, working all kinds of positions and there was no way to evolve or work toward the future,” James Doss says.

One of the major pillars of that future is an elevated focus on local food sourcing. Rx has always partnered with local farmers and prioritized highlighting the food producers they work with, but the couple wanted to figure out a way to become more hands-on with their seafood acquisition, especially regarding oysters. They started their an oyster farm during the summer.

“It’s a source of pride that we’ve been able to grow our own oysters and learn about them and just get so much more acquainted with this piece of what we do,” Sarah Doss says. 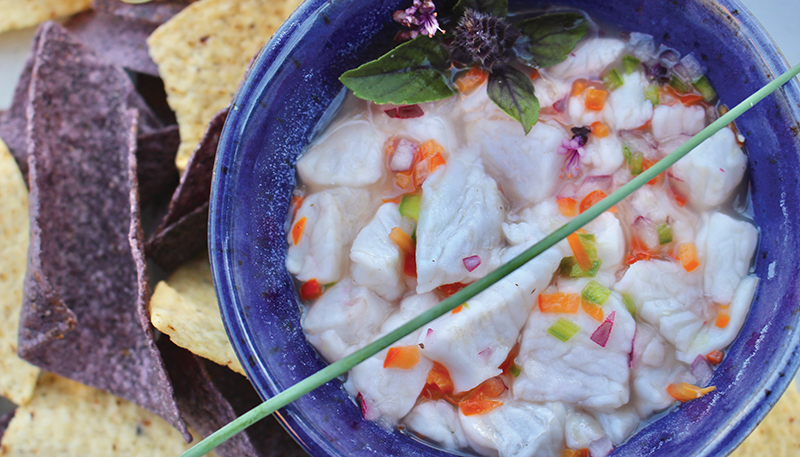 “It’s been great just getting out there,” James Doss adds. “We really wanted to be in the water some, so we’re making it a part of our work and setting that as an intent as we aim to play a bigger part in our own food production.”

The pair have also spent time this summer taking up scuba diving and spearfishing. Through this experience, they have been able to witness some of the damage the venomous lionfish is wreaking on the ocean and local fisheries.

“We’re specifically targeting lionfish because they’re invasive,” Sarah Doss says. “They eat all the fish that we like to eat, but they also eat the fish that clean the algae off of the coral. So, without those fish, the coral essentially dies. It’s pretty alarming, and they have no predators. Really the only way that you can get them is spearing them individually.” 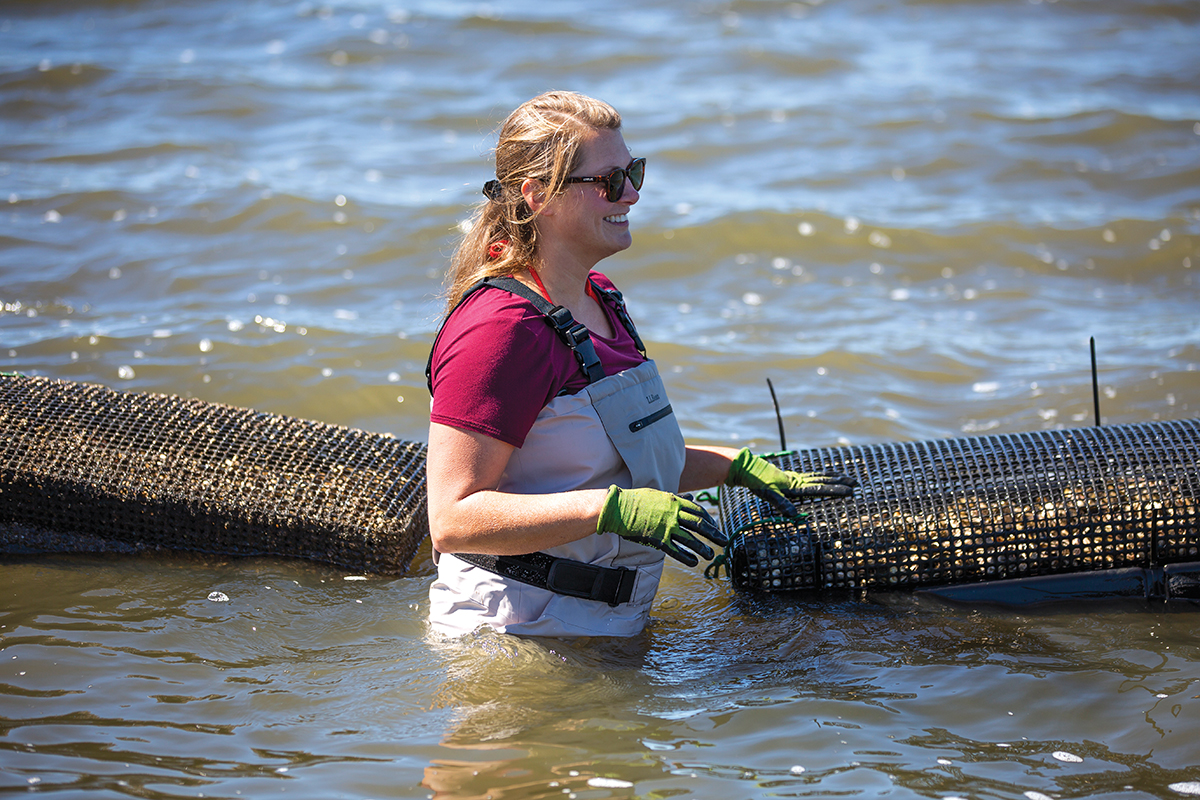 So, that’s what the Dosses aim to do. For the sake of the ocean, of course, but also because lionfish just so happen to be really delicious and a great addition to the new menu at Rx Chicken and Oysters.

As for other menu items, guests can expect to see more raw bar-style shellfish and oysters, fried chicken, Crystal Coast-style shrimp burgers, and some returning favorites from the original menu (yes, the brunch special chili cheeseburger will make its triumphant return).

“The main thing is it’s going to be a little more of a static menu,” Sarah Doss says. “Before our menu was changing pretty much every day, and that gets to be really challenging. People will still see a lot of their favorites, but generally, the price point will be a little bit lower because we want to be accessible for more people.”

Both James and Sarah Doss are looking forward to the opportunity to reopen their doors and show off the work they’ve been doing since closure in February.

“It’s definitely been extremely intentional,” Sarah Doss says. “We’ve been talking about this kind of stuff for years and years and just sort of really pinpointing exactly how we want life to look and how we want Rx to look. It’s exciting to get to this point where we’re close to opening, close to having a lot of these changes made, and we’re learning new things.

“The oyster farm is a total learning experience,” she adds. “And it’s just been really fun and invigorating. And, you know, we’re ready.”