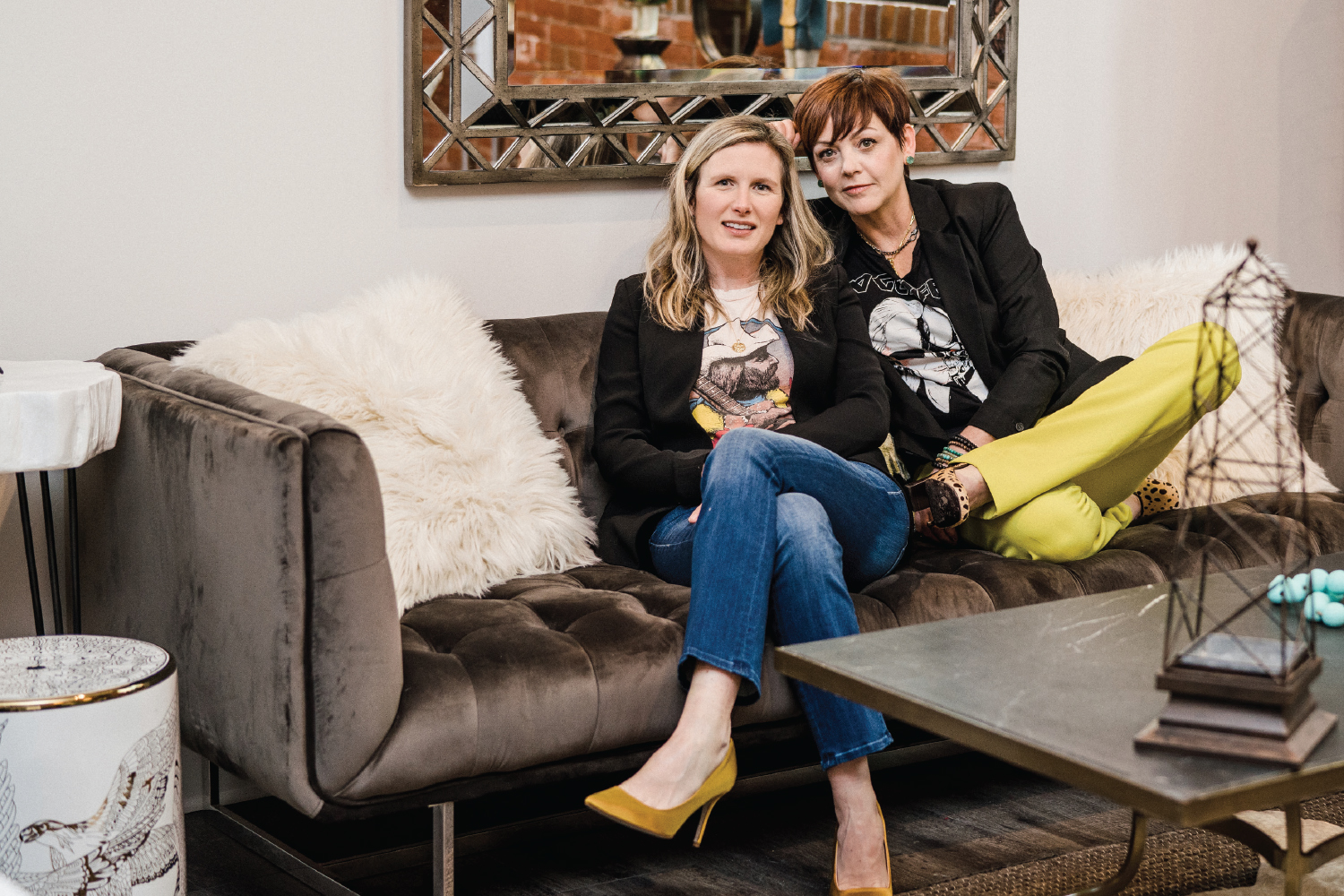 A chic, boutique hotel, known as The Hive, has officially opened and now graces the downtown Wilmington landscape. Not your standard hotel, it is considered an aparthotel with a unique approach to the hospitality industry. Instead of a traditional front desk, The Hive offers technology that provides easy, 24/7 check-in for guests.

The hotel definitely went through its phoenix period.

“We started in 2017 with the new building; then Hurricane Florence destroyed the existing building,” says architect Robert Romero. “Actually, Florence turned out to be a blessing because the units were in need of an upgrade.” 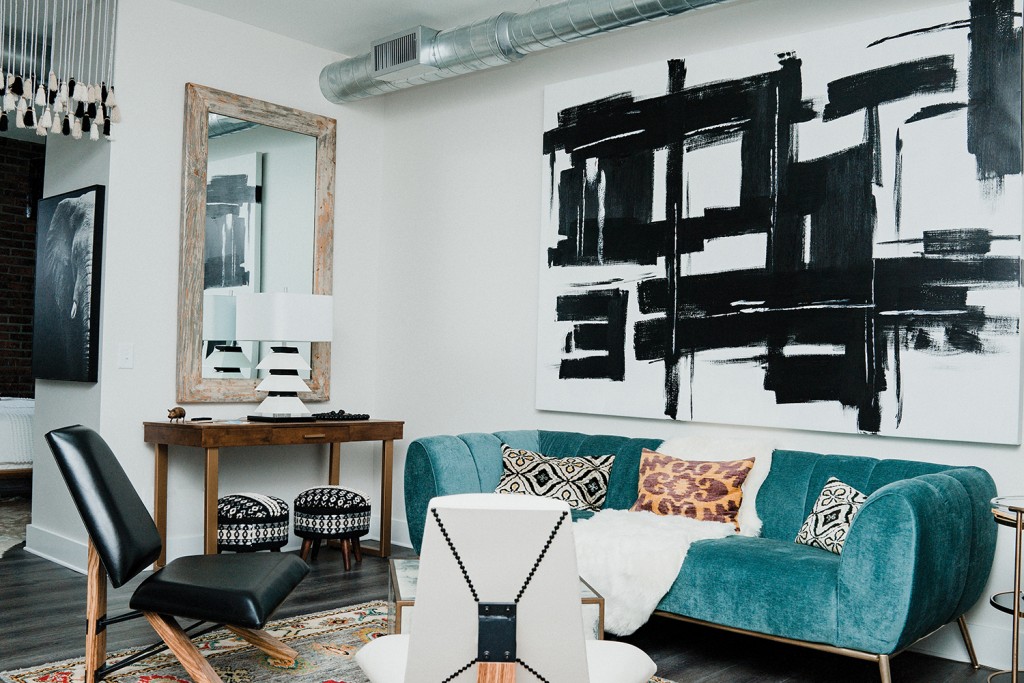 ROBIN HERTZOG, who provided the hotel’s interior decor, says, “The hurricane was devastating and resulted in the building being completely gutted.” One positive that came from the storm is that it led to the concept of the “boutique hotel vibe,” Hertzog says.

The team refocused their attention, transformed the existing building, and decided to turn a parking lot nearby into a new building – adding an additional eight rooms. There is now a total of fourteen rooms, each meticulously designed by Hertzog. 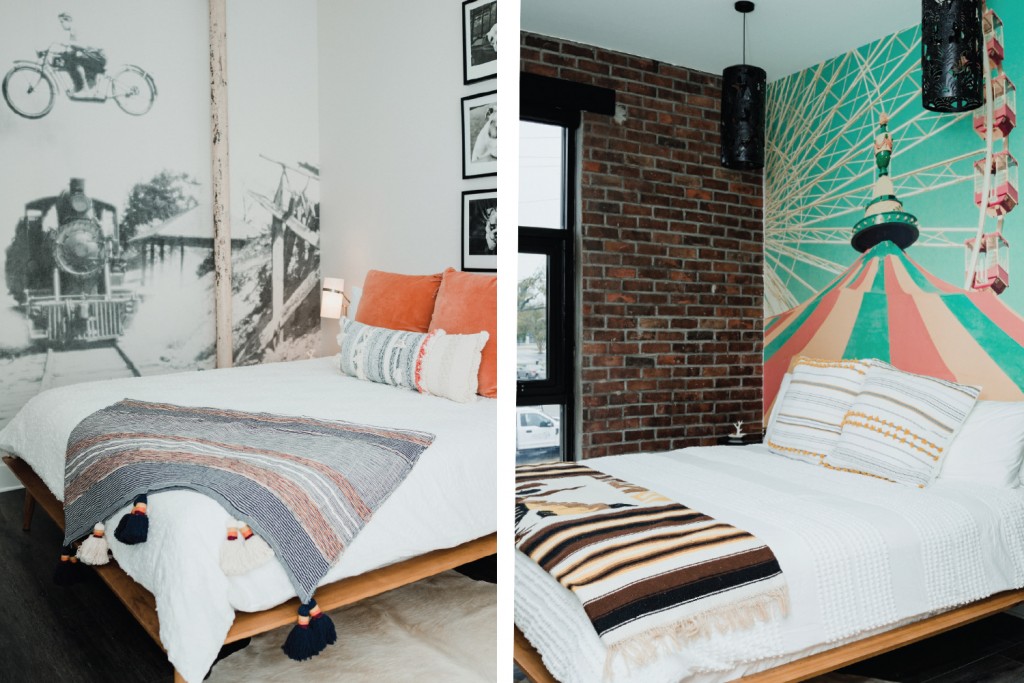 At a recent ribbon-cutting ceremony, partner KAYLIE O’CONNOR  said, “Florence damaged the building, but we were able to overcome this obstacle and the results exceed our expectations.” O’Connor is proud of The Hive’s concept and especially its limited-service tech approach.

“You access your room via a simple access code, and then you have everything you could need or want,” she says.

O’Connor and Hertzog put their personal stamp on the project and share a little below about how it came together. 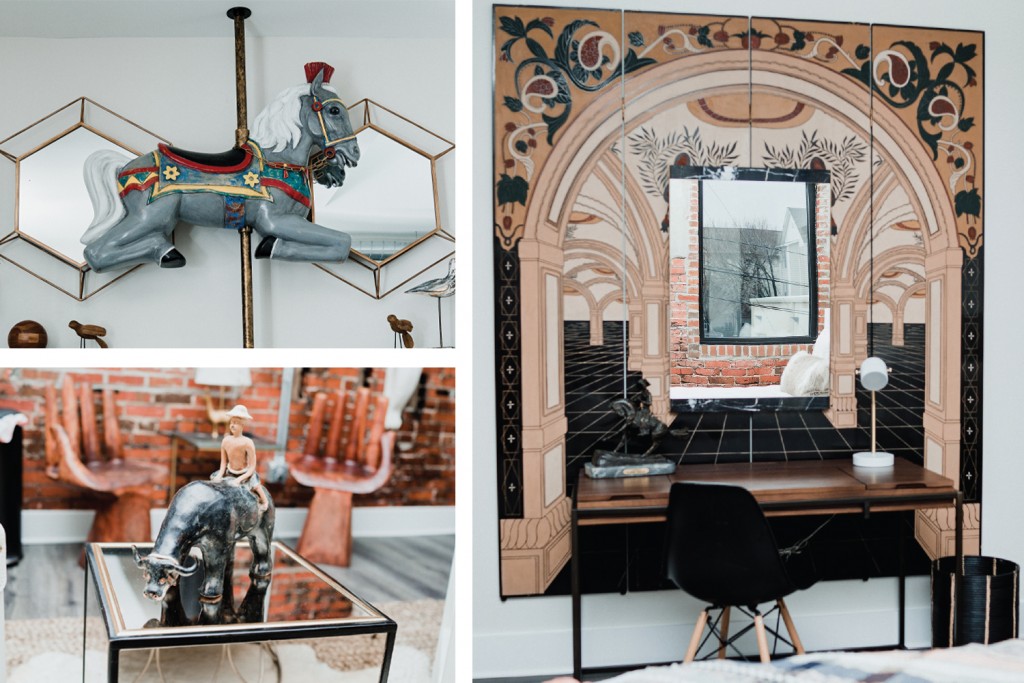 On becoming involved with The Hive

O’Connor’s background includes marketing and business development within a variety of industries. She first worked with Rosenberg in developing some tech platforms. “The Hive was our way of coming together on something brick and mortar and hyperlocal to Wilmington,” she says.

Currently, Hertzog co-owns the downtown Wilmington restaurant manna but has a background in interior design. Hertzog met Rosenberg about fifteen years ago and was asked to design his office. That then led to her taking over the design of all fourteen hotel rooms. 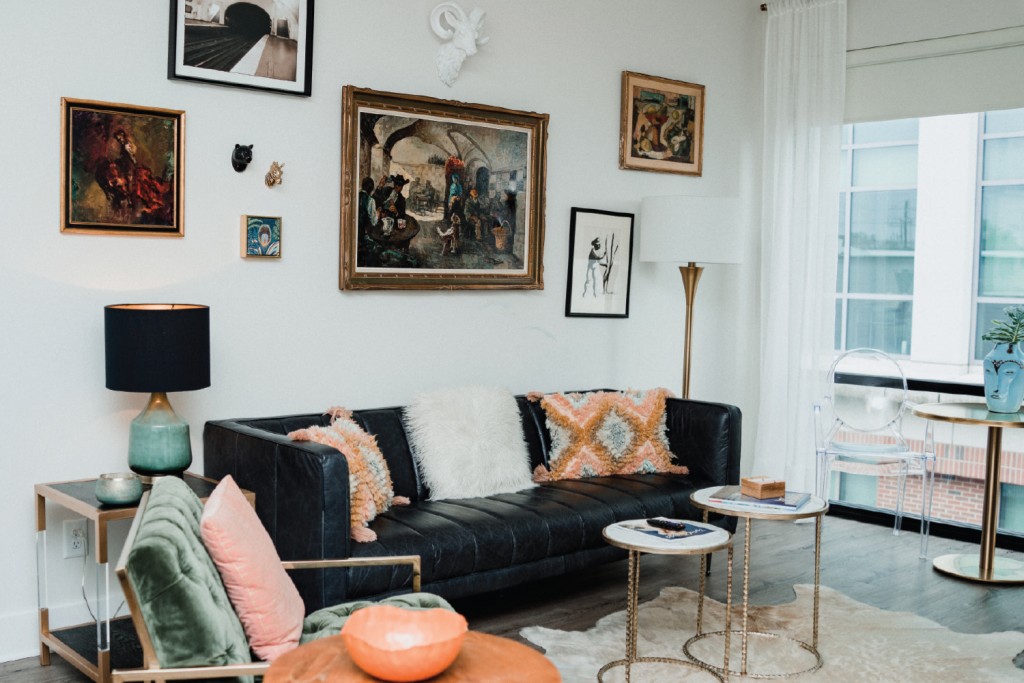 On their current roles with the hotel

O’Connor has taken the lead on branding, marketing, and operations. “Because we’re ‘limited service’, i.e. don’t have a front desk, room service, etc., we maintain just a small staff, which allows myself and the other partner to be more hands on,” she says.

For Hertzog, most of her work has finished, but she still has her hands in the project. “I am focused on how to get people in the door,” she says. “I wasn’t prepared to design the eight (additional) rooms. Now that is done, I am getting the word out about the hotel.” 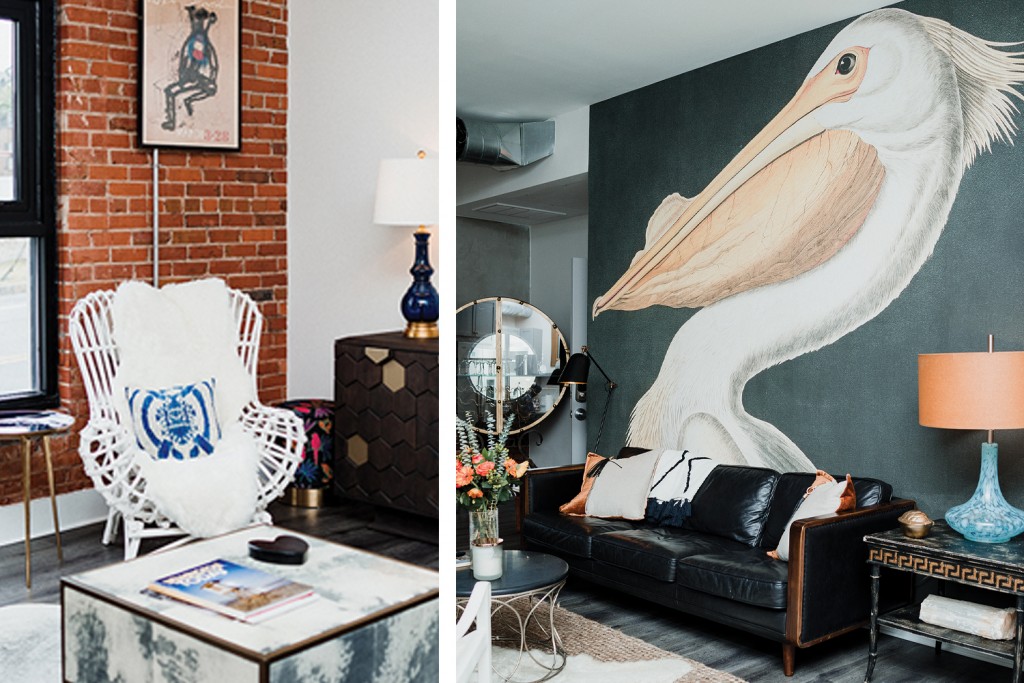 On their biggest project challenges

O’ Connor says since The Hive was her first real development project “learning to navigate that process and think about the big picture” were two obstacles to overcome. Upon hearing that she is a mom of four boys under the age of seven it begs the question, how did she balance it all? “Development work can be ‘messy’ and stressful, and my experience as a mom has helped prepare me for that kind of work,” she says. “I honestly think being a mom has made me a better businesswoman.”

Hertzog admits the “surprise of decorating eight more rooms after the hurricane” presented its own issue. But, she did not let a natural disaster stop her. “Each of Robin’s rooms tells a story with color, art, textures, and layers that create an environment that delights your senses,” says The Hive partner Robert Rosenberg. 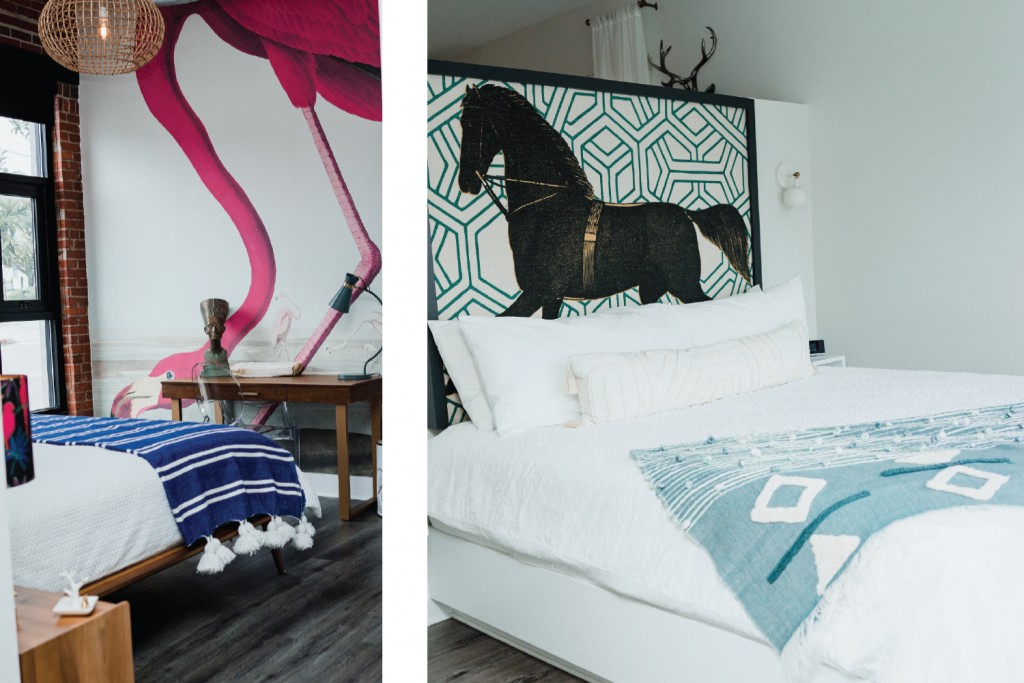 On unique memories from the work

“I worked late one night and then went to fix the locks on the balcony and realized I was locked out,” Hertzog says. “I was out there for four hours.” Side note: Hertzog’s family and one of the owners stayed in the old apartment building during Hurricane Florence when the roof was blown off.

O’ Connor remembers meeting actress Judy Greer, who was in town filming Halloween Kills last year. “She raved about how much she loved her suite, especially the full kitchen,” O’Connor says. “My older brother is a huge fan of hers, so I had to forward him the voicemail she left me later that day!”