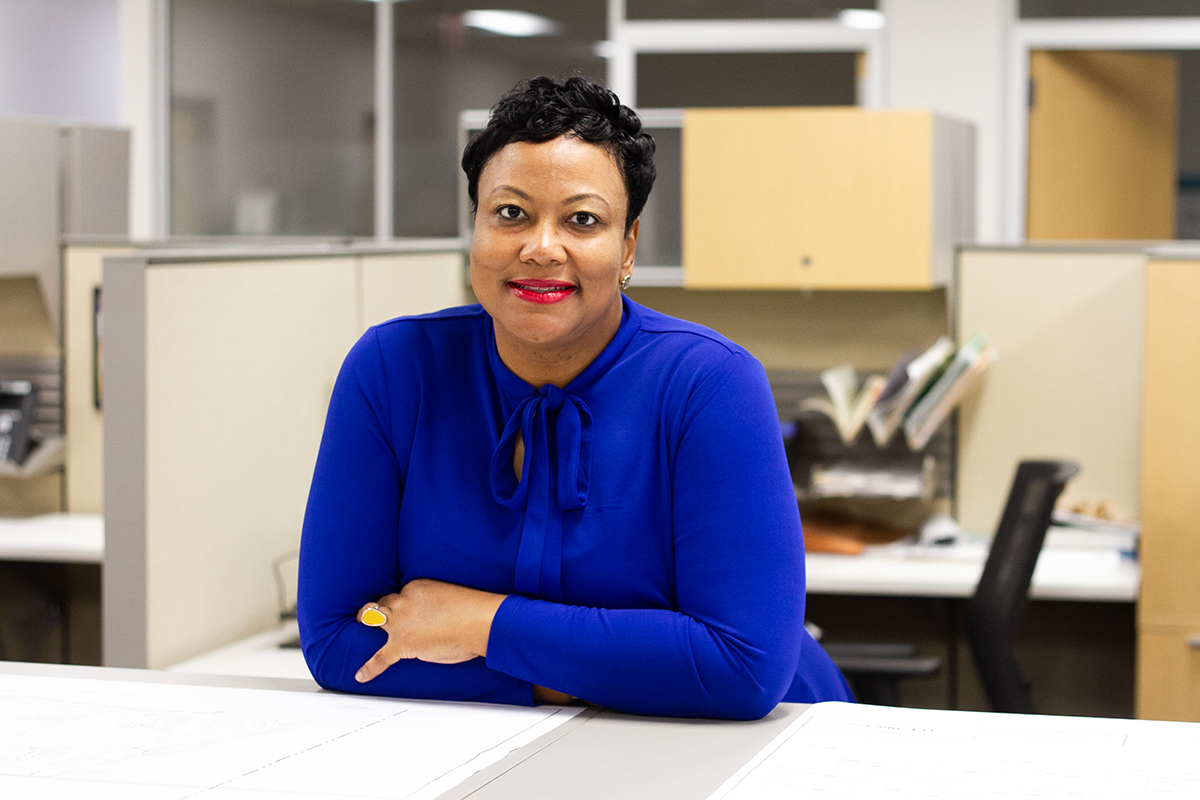 PAM HARDY has wanted this role for twenty years. It’s not often district manager positions open within Duke Energy; the people who take those roles tend to stick around for decades.

So, for the bulk of her career, Hardy took on positions and projects that would build her experience to prepare her for today.

“One of the things I’m a firm believer on is preparing for opportunities,” she says. “And when I decided that I wanted to do this, and I knew an opportunity wouldn’t be opening up anytime soon, I tried to take roles that would get me prepared for it.”

She joined the Wilmington team in October as a new face after spending thirty years in Raleigh. Along with her husband and two daughters, Hardy made the move to Wilmington in the fall and is settling into the new gig, making new connections along the way. She had visited Wilmington for annual family reunions for the past ten or so years and is still getting to know all the area has to offer.

Originally from Chicago, Hardy arrived in North Carolina in 1991 to attend Shaw University, where she studied mass communications.

“I thrive when I’m interacting with people, and I naturally connect with them,” Hardy says. “My first goal is to figure out what I have in common with someone … What makes that person tick and how are we going to support each other?”

Her first role in 1996 was as a customer service specialist – working the phones on the front end of handling complaints. During her time working in consumer affairs, she managed nearly 20,000 complaints, collaborating with networks of internal team leads to find solutions.

“That role has been very foundational to all the other roles,” she says. “It’s taught me how to interface with people. It taught me how to communicate with external customers, how to problem-solve, embrace continuous learning and growth. So, I always shout out our customer service specialists because they just hold a special part of my heart. That’s where I learned all the skills that have gotten me to where I am today.”

Most recently, Hardy worked in corporate communications supporting Duke Energy’s customer services organization. She’s still familiarizing herself with the local political landscape, but eventually, she plans to know all top-ranking officials as part of her government relations duties.

“If you hear names over and over, pick up on that,” she says. “It’s really just kind of been like campaigning.”

In January, the state faced three winter storms, causing tens of thousands of homes to lose power. For the most part, the Wilmington region was spared, though Duke Energy had manpower staged and ready to respond to widescale outages.

“We focus on preparation the entire year,” Hardy says. “So, I think these three storms were just preparation for what could possibly come.”

Hardy prioritizes getting the right information to public and emergency management partners to make sure their respective communities are best prepared for what’s ahead. “I really focus on the end game and that’s making sure that we’re prepared, that we’re ready to go, that we’re monitoring the storm systems or the weather systems and we’re ready to serve the customers so we’re prepared,” she says. “We’re not going to stop until every single customer is back on.”

As the state’s leading electric utility company, Duke Energy is in the midst of modernizing its grid and redirecting itself to meet new clean energy goals. Last year, Gov. Roy Cooper directed the North Carolina Utilities Commission to act to reduce carbon emissions by 70% from 2005 levels by 2030. The shift involves major cooperation and coordination to divest from coal power plants and explore new clean energy alternatives, including wind. The company is interested in the Wilmington East Wind Area, set to be auctioned by the Bureau of Ocean Energy Management in May.

Duke Energy has multiple rounds of formal stakeholder meetings that began January 25 to consider alternative energy pathways ahead. “The input our stakeholders provide will help guide decisions about future generation investments – including the potential for wind,” Hardy says. “We are considering all resources.”

Affordability and reliability of service will be prioritized on Duke Energy’s mission to reduce carbon emissions, she says.

Besides government officials, Hardy is also getting to know philanthropic and business leaders in the area as part of the Duke Energy Foundation’s grantmaking efforts. The grants are designed to support “building vibrant economies; client resiliency; and justice, equity, and inclusion,” she says.

Hardy has always been drawn to community relations and serves as co-chair on her sorority Sigma Gamma Rho’s community service committee.

Crediting both internal and external mentors who helped guide her along the way, Hardy also provides guidance to women looking to advance their careers.