Pineapple on a Pier 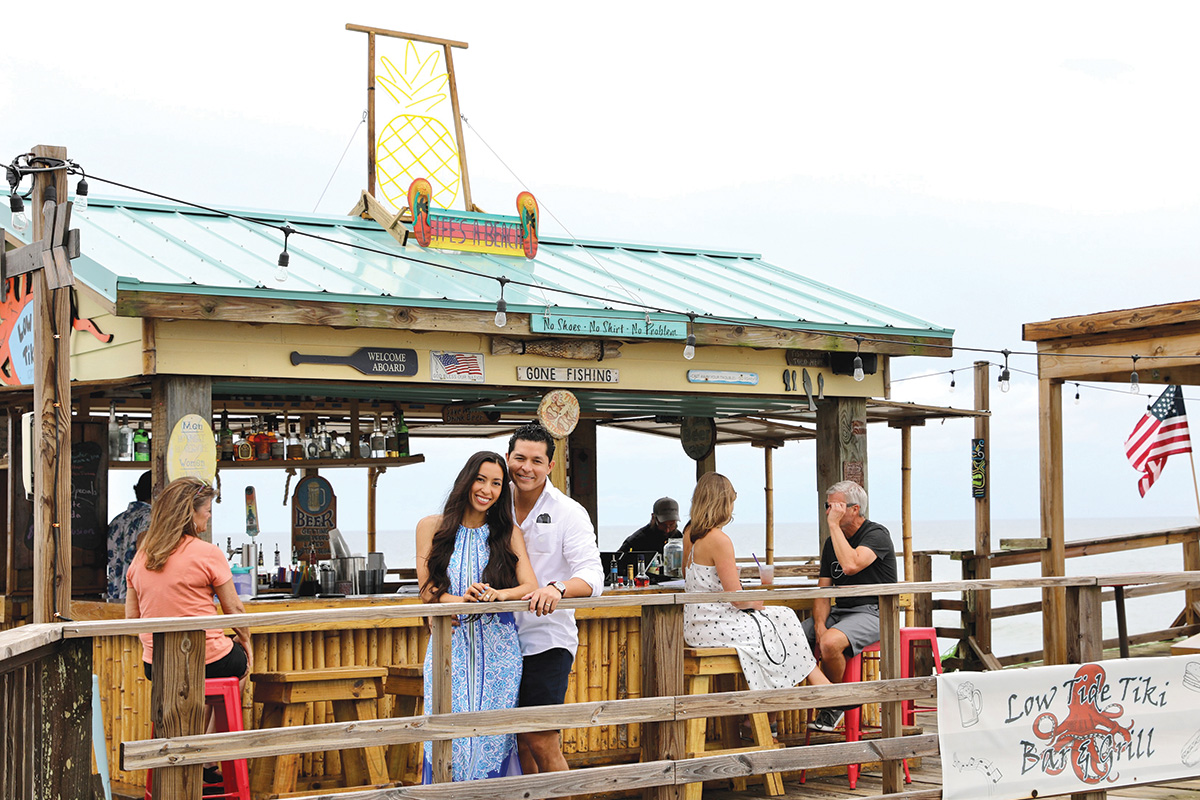 When newlyweds KATHERINN KLOSS and CHRIS GARCIA began looking for an oceanfront home in Carolina Beach, they didn’t think they’d also end up purchasing a fishing pier. Sprawling above the Atlantic Ocean as a community landmark, the Carolina Beach Fishing Pier was previously owned by the Phelps family for four decades. When locals saw the pier was sold in April, rumors swirled.

“A lot of people were scared developers had purchased it and were going to build condos,” Kloss says. “We stayed incognito as the pier’s new owners but could also tell development was not what the community wanted. As we were doing our due diligence, I met with pier owners up and down the coast. I discovered how much a pier really means to a community, and we were told when you buy a pier, you’re buying the community. That really sat with me.”

While a traditional wedding present might include a KitchenAid stand mixer or Dyson vacuum, business owner and investor, Garcia, wanted to follow in the footsteps of the Phelps and purchase the pier as a gift to his wife.

The two met at Pepperdine University in Malibu, California, and relocated to the area to be closer to family. As most COVID-era brides know, their engagement saw delays and postponements. After finally tying the knot in November of 2021, it only felt natural for Garcia to make a grand gesture. 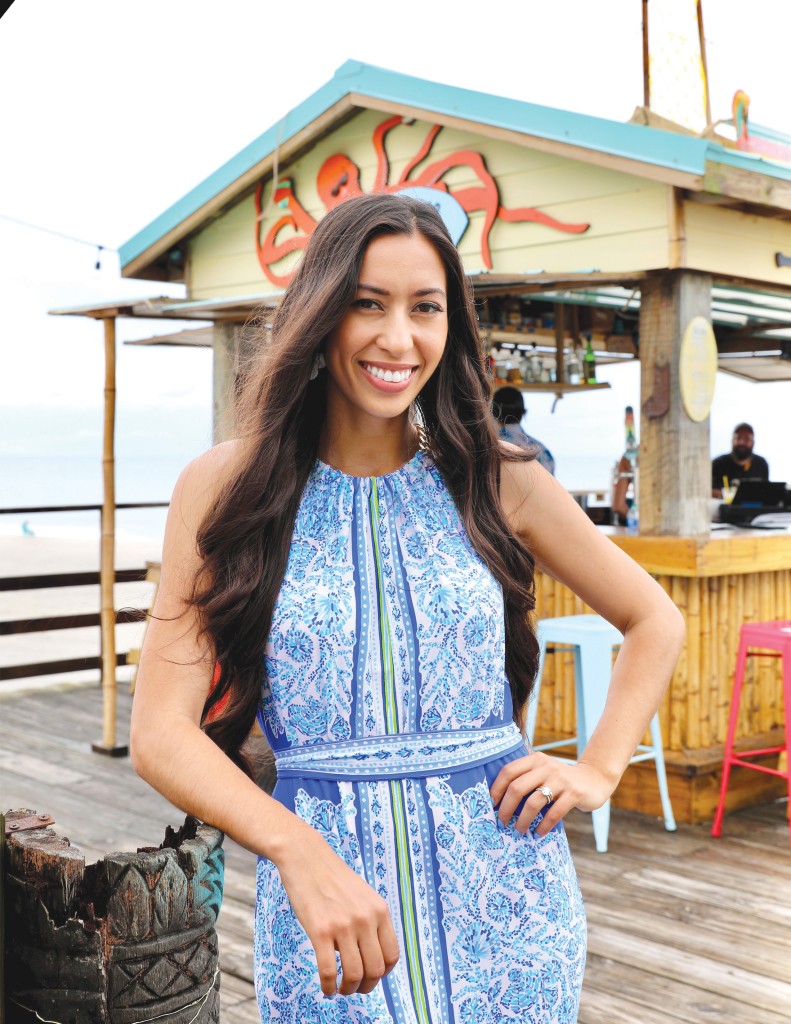 While Kloss’ background includes government and entertainment, her longtime love of planning and hosting events is what truly inspired the purchase. She’s eyeing an exciting future for not only the pier but the High Tide Lounge, first-floor Pier Grill, and the Low Tide Tiki Bar.

“People have weddings on piers … and funerals. Hearing stories from the locals about the pier was really touching to us; it’s a whole life cycle that happens there,” Kloss says. “The property has hosted weddings in the past, Betty Jo (Phelps) has always been gracious with the community hosting any event she could, so that’s something I want to continue, to open those doors for special events.”

Before the couple could brainstorm events – or purchase the pier – they had to figure out if the repairs needed were doable, which Kloss called “the big question.”

Luckily, consultations with marine contractors and local engineers set the two-month-long purchase process at ease. For decades, Freddy and Betty Jo Phelps instituted the help of their six children for repairs, which today Kloss jokes as a possibility for her family’s future. In the interim, she is holding off on reconstruction until the offseason.

Her first attainable action involved reshaping the menu and instituting the help of celebrity chef Brian Duffy. With a focus on revitalizing iconic spots (as seen on the TV show Bar Rescue), Duffy lent menu updates that still reflect local favorites, including the BLT and bologna sandwich. New introductions such as the pulled pork are also to thank for recent rave reviews.

“Although we’ve instituted small changes, added picnic tables at the beginning of the pier and more seating, the food has overpowered everything we’ve done, which was the plan,” Kloss says. “We prepare chef Duffy’s original creations every day, all the way down to the sauce. It is definitely a unique experience when one tastes the food. People come in and they’re like, ‘You have food!’ and also the fact we are now open seven days a week with set hours, even the Tiki Bar.”

While there are plenty of changes afoot, including eventual breakfast items for a sunrise surf session, one sentiment Kloss continuously refers to is preservation. She’s looked to Betty Jo for assistance in the transition, and although she’s been encouraged to make the business her own, Kloss wants to continue to admire the long lineage of history that led her here.

“The Phelps have been great and have been sharing photos and stories with us. Eventually, I’d love to add a wall dedicated to showcasing the history of the pier. There are so many great stories only longtime locals know,” she says. “Now that we have new people moving to the area, I think it’s important to share the landmarks and history of what makes Carolina Beach, Carolina Beach. We’re so rich in history and we want to keep developing and sharing that.”

For now, those seeking an oceanside cocktail or BLT need only to look for the glowing pineapple light atop the tiki bar, a beacon Kloss added to signify not only the business’s operational hours but a bit of Southern hospitality.