Photos Outside the Box

Creative studio at The Cargo District 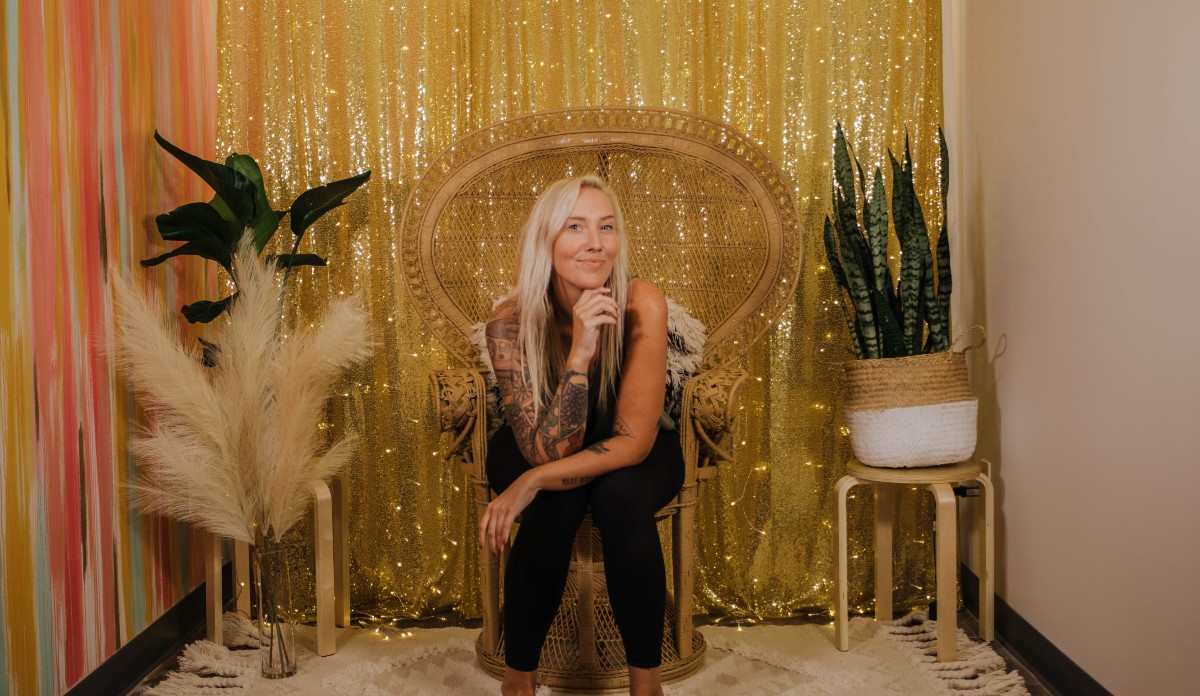 It all started at a fishing derby. As a young girl, ALLISON EDING, owner of Lightbloom Photography, won a little film camera at the event. She took the camera everywhere, photographing her dad and stepmom and her stuffed animals, often with thumbs and partially out-of-frame images.

“Have you ever been to a photo studio in a shipping container? There’s not another like it!” Edding says. Shutter Box is best described as an interactive photo booth, but Eding’s the one taking the photos.

“Here, there will be no corporate headshots. Just a fun space, with frequently changing hand-built backgrounds,” she says. “It’s a bright, happy warm space. The photos are fun, lighthearted and unique.”

Originally from Toledo, Ohio, Eding visited grandparents in Wilmington every summer growing up. With a camera always in tow, she took close-up pictures of seashells and sand. Originally an education major in college, she took photos around campus for fun.

“My college friends convinced me that I was good enough to make a living with photography.”

Switching majors, she graduated with a degree in film photography from Bowling Green State University in Ohio and experience in a college photography darkroom.

“I was doing everything by hand in a darkroom. And I loved it.” These early years influenced her style today.

“Now I edit all my photos to look like film. That’s what makes me unique. My work is often described as more natural,” Eding says.

Now in her eighth year, Eding started Lightbloom while living in Ohio. In 2016, she made the trek to Wilmington by herself. Shutter Box, which opened in July 2021, was inspired by Eding’s visit to a pop-up interactive art exhibit in Amsterdam.

“Each room in that museum is designed differently. There’s an adult ball pit and slides,” she says. “It’s both weird and unique. But it was the most fun day I had in my life, playing like a child and taking selfies.”

Eding chose the cargo district for Shutter Box because she loves its creative vibe. “I always thought it would be cool to be part of the local artists’ scene. I’ve missed being around creative supportive people like I had in college. I am excited to be a part of a creative artistic community again.”

Shutter Box gives Eding a new creative outlet. “The shipping container studio is a blank canvas. I can do literally anything to it. I’m going to change backgrounds as often as I can. And that will let me use my two-dimensional artistic skills including drawing, printmaking and painting.”

“Logan suggested that I market the shipping container studio as its own separate entity. A play on words, Shutter Box was his first idea. It was so smart,” compliments Eding.

“I never do the same thing twice. One day it’s photos of a family on the beach and the next day I’m in the shipping container. I photograph so many different things from real estate and commercial properties to portraits of people for websites and Instagram. It never gets boring. I genuinely love what I do.”