Pawville owners on expanding their business 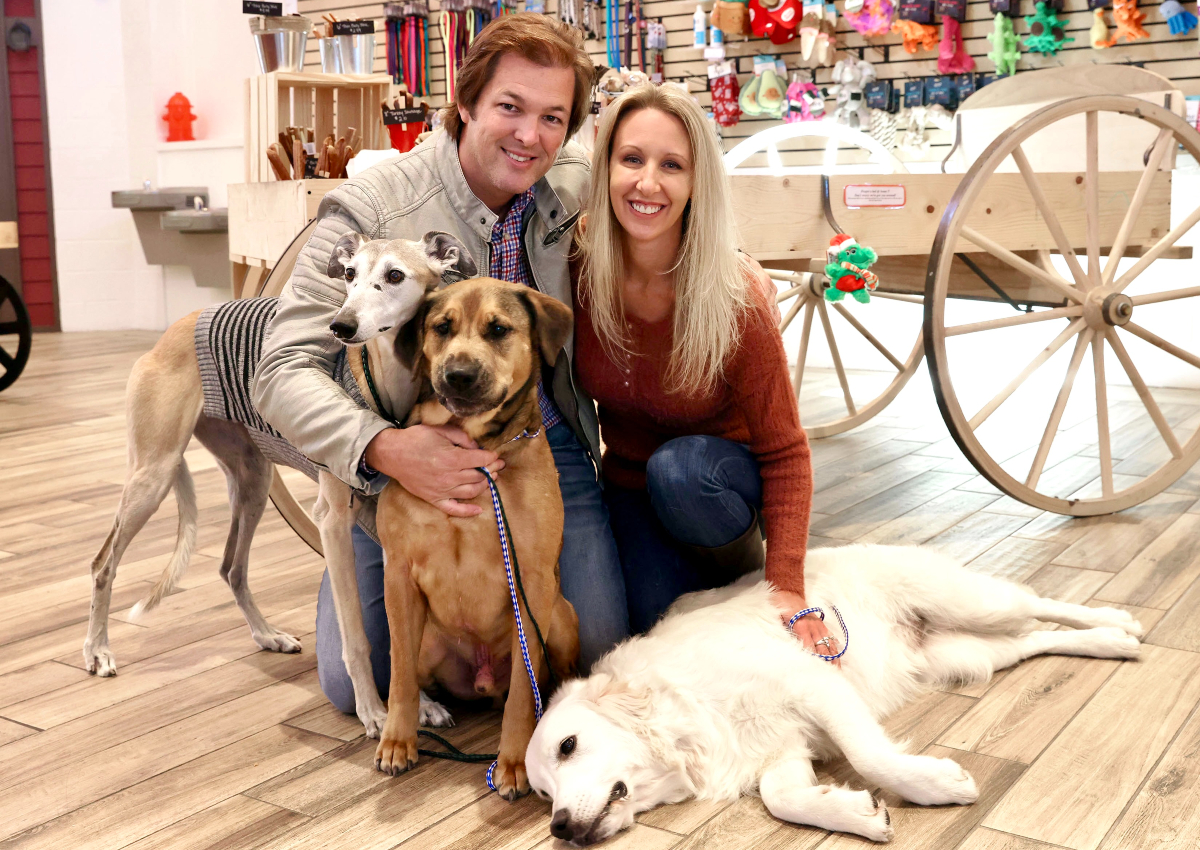 As the owners of a pet-centered business, PHIL and AMANDA MILLER use their complementary talents and passions to lead one of eastern North Carolina’s booming businesses — Pawville. Amanda Miller describes herself as passionate about pets, especially since she’s a former vet tech. On the flip side, Phil Miller is a lover of all things business. The husband-and-wife duo opened up their first ever Pawville location in Florida in 2007, then relocated to Wilmington in 2008, where they’ve since expanded to seven locations across three states and counting.

Prior to opening Pawville, Amanda Miller met her now-husband on a cruise ship in 2004. Phil Miller was working on the ship, while she was simply a guest. The two instantly connected and knew it was love just a few days after meeting. The two married the following year and dreamed of the day they could start a business that combined his business knowledge with her passion for animals. What they came up with was Pawville, a pet boarding, grooming, daycare, and training facility.

“We are both very much ‘we go for what we want,'” Amanda Miller says. “We combined my passion for animals and his passion for business, and put those together to create Pawville.”

One of the fundamental and most crucial parts of starting a business is money. So, Amanda Miller quit her job as a vet tech and subsequently joined Phil Miller on the cruise ship to work. This worked out in their favor because it allowed the two to save enough money to start their business. Living on a cruise ship came without bills or rent.

After a year of saving their pennies, the Millers were able to open their first Pawville location in Florida, which is where their cruise ship was based and where they momentarily called home.

Subsequently, the duo relocated to Wilmington where Phil Miller pursued his MBA at the University of North Carolina Wilmington. Currently, Amanda Miller serves as the chief animal health officer, while Phil Miller is the CEO of Pawville.

Since arriving, the duo has opened six more Pawville locations, with another one in the works. The Millers currently have Pawville locations in Surf City, Jacksonville, Sneads Ferry, Wilmington, and Scotts Hill, as well as Pawleys Island, South Carolina, and Homosassa, Florida. They are planning to open their next location in Clayton, North Carolina, in 2024.

“The Cape Fear region is more or less getting saturated. Our future growth looks like it will mostly come outside of the Cape Fear region,” Phil Miller says. “We’re looking toward the Raleigh/Durham area, Greenville, and Myrtle Beach. We’re looking at other growing suburban areas that are appealing to us and to our business model.”

For customers that board their dogs at Pawville, they can expect cozy pet boarding townhomes that reflect their own homes. Some even include TVs and push daycare play yards for the dogs, as well as webcams so owners can check in on their furry friends.

As for what it’s like to work with your spouse, the two agree it’s been great.

“I know it sounds weird to live with someone and work with someone constantly, but from the start, we’ve been best friends,” Amanda Miller says. “Our areas that we differ in, we have very clear but lines within the business. I focus on the animals and their care, whereas Phil Miller works on the business side of it. We’re best friends and we get along. It’s an amazing part of our life.”