Packing More than a Punch

From boxing bags to yoga mats

Located in the heart of downtown Wilmington is one of the best-kept fitness secrets around.

The Sherriedale Morgan Fitness Cen­ter, 302 South 10th Street, is owned and run by the city of Wilmington. The gym has a rich history as a boxing center. The late SHERRIEDALE MORGAN became a local boxing legend after win­ning a U.S. Army boxing championship and subsequent inductions into the Car­olinas Boxing Hall of Fame, The Great­er Flint African American Sports Hall of Fame, and the Greater Wilmington Sports Hall of Fame. After his Army retirement, he was hired to operate a boxing program in an old firehouse on North Front Street. Years later, a new fa­cility was constructed in the current lo­cation and named in his honor.

There are still a fair number of boxers who come to work the bags and do their strength and conditioning at the 10th Street gym, says STEVEN SCHMIT­TER, recreation supervisor of fitness.

“We also have some members, both male and female, who know enough boxing to use the bags as part of their workout but do not box competitively,” he says. 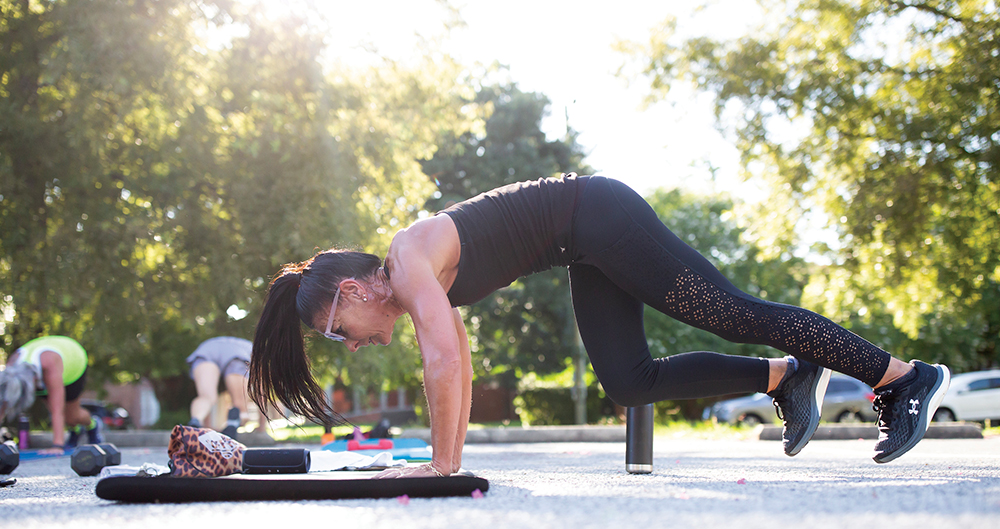 Over the years, the center has evolved into a complete fitness center offering free weights, universal equipment, tread­mills, stationary bikes, and StairMasters, along with personal and group training and a variety of classes for its 400-plus members.

Schmitter’s interest in fitness goes back to middle school when he escaped summer boredom by working out mim­icking ESPN bodybuilders on TV in his garage. After earning his exercise science degree from the University of North Carolina Wilmington, he became the strength coach at Port City Sports Performance and later owned his own training facility where he coached athletes and clients who wanted to lose weight, build muscle, and improve their health.

His biggest challenge is getting the word out.

“This center is a hidden gem,” Schmitter says. “We really have something for everyone who is interested in improving their health and fitness. We have amazing members who represent many different walks of life and yet come together in this one place for the common purpose of improving themselves.”

A variety of classes – included in the annual $55 city resident membership fee – are held at the center and two nearby locations, the city’s MLK Community Center and Fit For Fun Center.

Bootcamp is a beginner-to-intermediate-level fitness class. Led by credentialed, experienced instructors from GOING Fit Inc., the class uses dumbbells, kettlebells, and medicine balls for a full-body workout to increase strength and both cardiovascular and muscle endurance.

GOING Fit also teaches yoga for the center, including weekday sunrise yoga for the early birds and Saturday classes.

Social Fitnessing is a six-week themed workout program designed by the staff. Past themes included Tabata Takeover, New Year New You, and Built to Last. These programs are very popular, filling up quickly and often having a waiting list.

Each month, the center holds a free public workshop. Topics range from squat technique to core training exercises to mindfulness and heart health. Most are presented by the staff with an occasional outside expert. 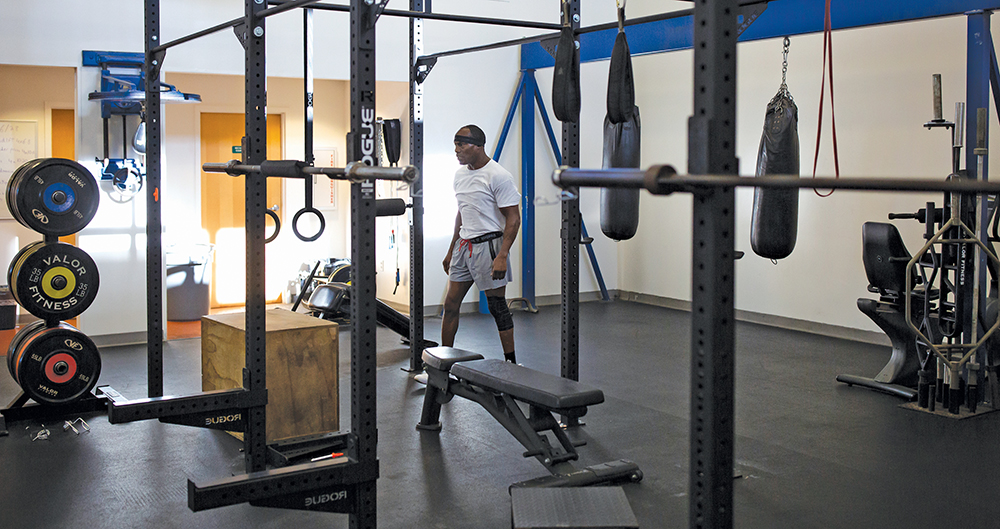 Personal training, the only fee-based session, is led by certified personal trainers for $6 for 30 minutes.

“The workout equipment is great, and the staff is amazing,” says PEGGY WILLIS SMITH, who has been a member of the center for fifteen years. 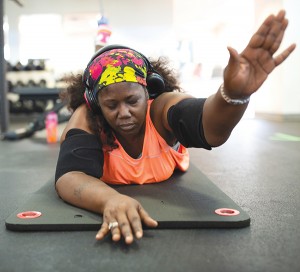 “The gym is small, which gives it an intimate feel that has enabled me to meet many people,” she adds. “Gymmates are like family. We encourage each other. We check up on each other.”

Smith started working out because she felt out of shape and overweight and wanted to feel better about herself.

“My main goal is to strengthen my body, mind, and soul. I want to encourage my daughters and other women to make their health a priority,” she says.

Schmitter gives encouragement. “The benefits of exercise are numerous, well researched, and undeniable. The key is to find a form of exercise that works for you and make it a habit. If you haven’t found that yet, we are happy to help you find that perfect fit.”

Smith agrees. “It takes great commitment to awaken from a cozy bed to go to thew gym. It’s not easy at times, but the benefits outweigh the negative.”