Michelle Hackman on how running unites 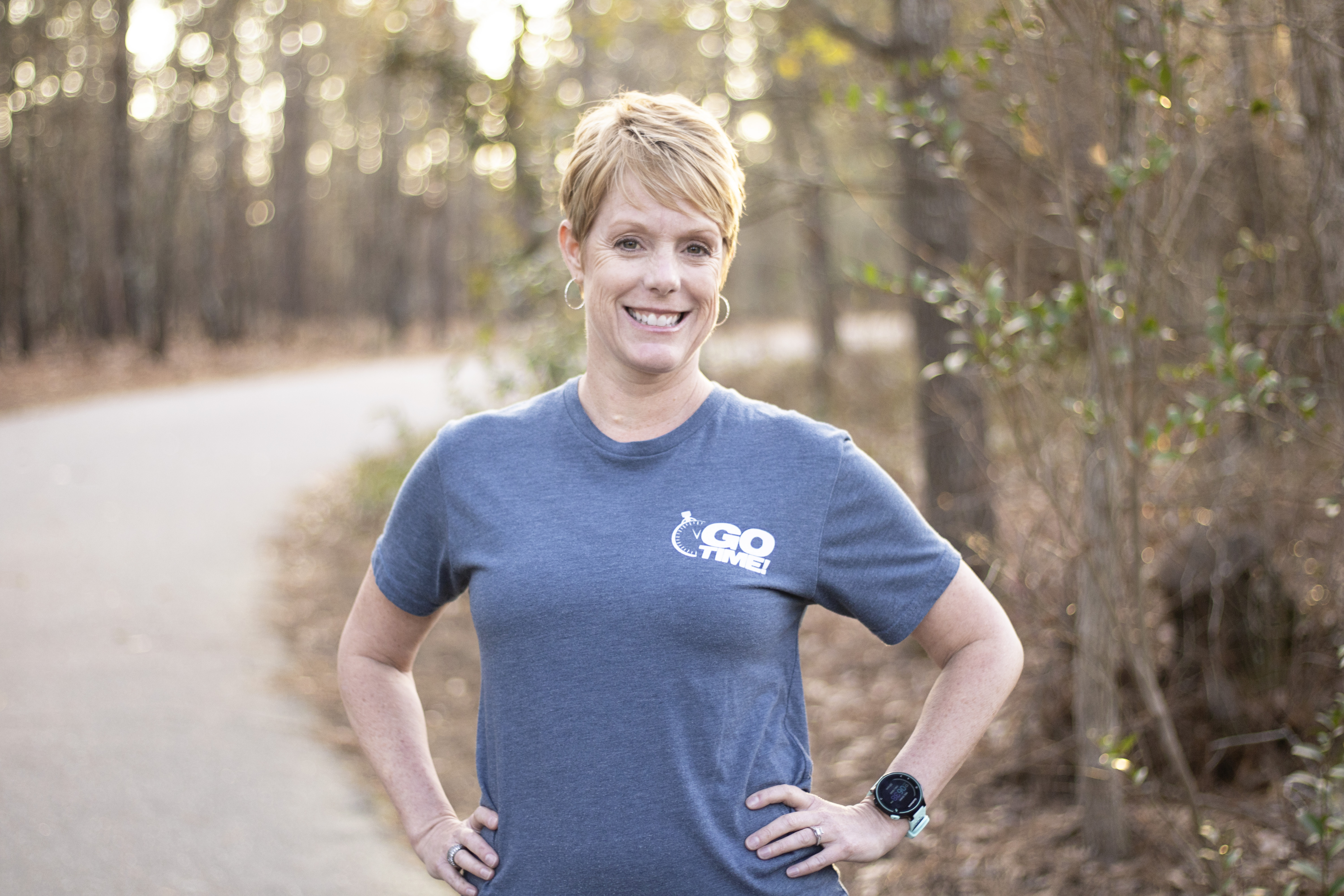 A few years after moving to Wilmington with her husband, Colin, MICHELLE HACKMAN took a leap of faith to embark on a whole new business endeavor that would allow her to forge her years of producing and directing news with her event management experience.

Go Time!, their race timing company, is in its ninth year organizing races for nonprofits and helping runners accomplish their personal best.

“When Colin looked at me one morning in December 2010 and said, ‘I have this idea.  We’re going to start a race timing company,’ I looked back at him skeptically, laughed, and said, ‘Ok, right, if you say so. Do people actually pay to run?’” Hackman explains.

Hackman assumed Go Time! would be “a weekend gig to make extra money for retirement and college savings for our daughter,” but it has grown exponentially since they first opened it in May 2011.

Now, as the Chief Operating Officer of Go Time!, Hackman runs the day-to-day operations of the company along with “four amazing staff members” and her husband helping nonprofits sustain their missions.

“As the business continues to grow, for me, it’s about more than just running. Almost every event is organized by a nonprofit group that is raising money for much-needed programs in our region,” Hackman says. “Everything from raising funds for helping neighbors battling cancer, children with disabilities, school PTAs, military organizations, churches. The list goes on.”

Now, Hackman understands why people love running and pay to run. She has caught the running bug herself, training for half marathons and marathons alongside Colin.

“Race after race I get the opportunity to watch runners push themselves to reach their goals. Whether it be for their first race or for their fastest race, their excitement as they cross the finish line is contagious,” Hackman says.

Go Time! took ownership of the Battleship Half Marathon along with Tom Clifford of Without Limits in 2019. Excited to carry on the tradition of Wilmington’s oldest half marathon, Hackman looks forward to the event to be held in November.

Hackman’s true passion is helping others reach their goals and continuing to find ways to help charity partners reach more supporters and make positive impacts on our community, she says.

This has become a challenge with the COVID-19 pandemic canceling Go Time! events.

“I was heartbroken when the Wilmington Marathon, scheduled for March 21, had to be canceled. Months and months of training are lost. And, many of the runners train for years just to get to the start line,” Hackman says.

Using this time to focus on the positive and retool for future events, Hackman remains optimistic.

“As a company, our biggest effort has been to focus daily on the positive and the good. Our emails and social media posts regarding races being moved do not start with negative information. Rather than saying the event is canceled, we say, ‘we can’t wait to see you in the fall,’” Hackman says. “We are learning and will continue to learn new and better ways to operate Go Time!, to help our nonprofit partners, and to better serve runners.”