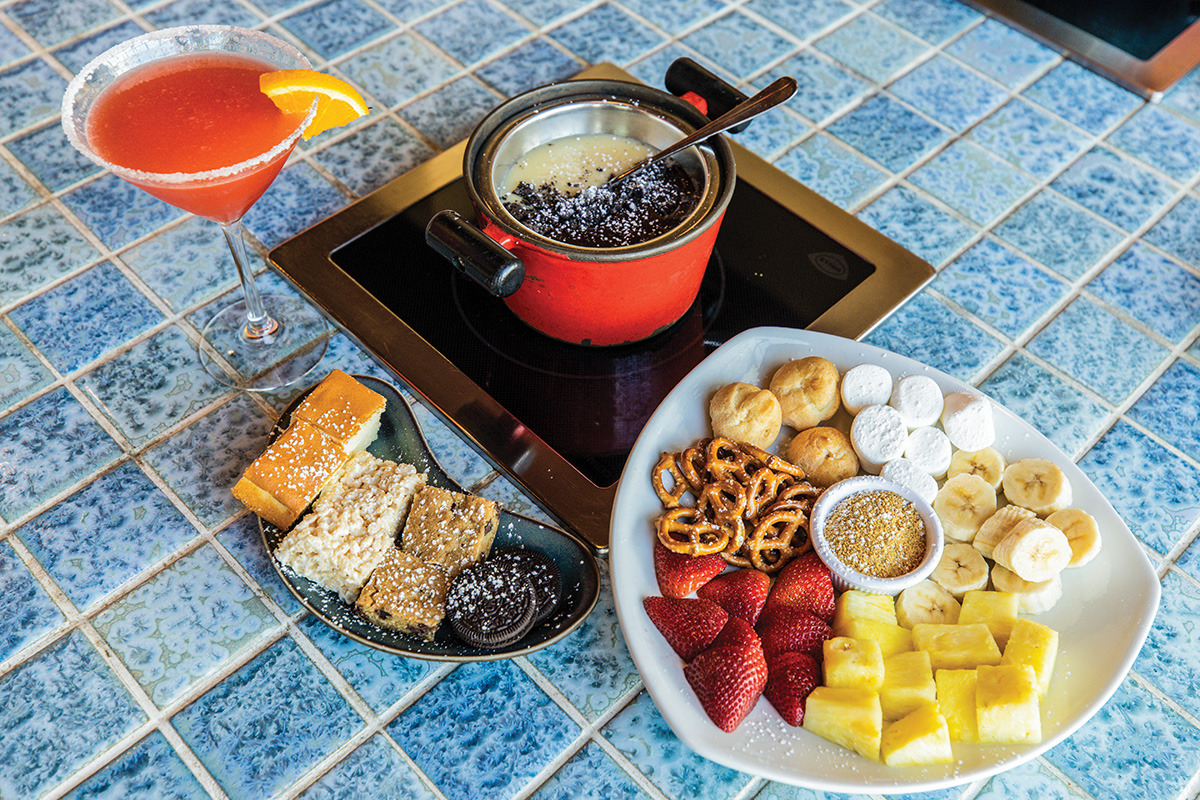 In January, RACHEL MCGHINNIS and her husband, JASON, set out to purchase their first investment property. With no specific property or business in mind, they searched the local ads for leads, which is when they stumbled upon a confidential restaurant listing.

“It sounded really interesting, and we are huge foodies,” Rachel McGhinnis says. “We always go out to eat everywhere.”

When they contacted the listing agent, the couple was told the restaurant had been established in Wilmington for the past seventeen years. So, they did what any rational person would do, and they Googled which restaurants in Wilmington had been open that long.

“We found it and were like, ‘Oh my gosh, if it’s Little Dipper, we definitely want it because that’s exactly up our alley of the kind of things we find interesting and fun to do,’” Rachel McGhinnis says. “It’s a place that we really like.”

The restaurant was indeed Little Dipper, a fan-favorite fondue restaurant at 138 South Front Street that boasts a menu of assorted cheeses, salads, proteins, and dipping sauces. The original owners had opened the place in 2005 but decided to sell so they could spend more time with their kids. After starting their property hunt in January, the McGhinnises had their first day at Little Dipper on May 23 and have been hitting the ground running since. 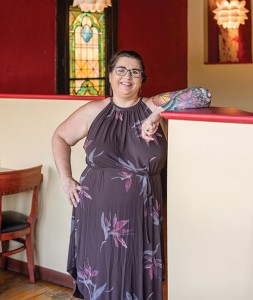 “It’s been chaos and fun and exciting and scary and all the things,” Rachel McGhinnis says.

One of their first tasks as new owners has been redesigning the interior. Rachel and Jason McGhinnis intend to really lean into the Little Dipper theme and make the vicinity more celestial and galaxy like. Additionally, the new owners intend to add new menu items, such as exploring more cocktails and adding charcuterie and small bites.

“We want to give more to the menu but have it all based on cheese and wine and finger foods – things that are easy to dip and eat,” Rachel McGhinnis says. “That’s our goal, to add. We don’t want to take away from what’s already there because it’s already awesome. We don’t want to mess up a good thing. We just want to elevate what’s there and make it more ours and present some of our ideas.”

For the McGhinnises to bring their ideas for Little Dipper to fruition, they bought a lot of books and did a lot of reading. They read up on everything there is to know about running a business and learned the ins and outs of fondue.

Luckily, Rachel McGhinnis has experience from being a restaurant manager twenty years ago, while Jason McGhinnis runs his own marketing company, so he knows how to market their new ideas.

They further expanded their education in restaurant management and also took bartending classes. To top it off, they picked their friends’ brains, who also happened to be business owners or work in the restaurant industry.

As for how the restaurant has survived for so many years, especially with a fondue restaurant, Rachel McGhinnis points to its uniqueness.

“It’s a place where you can gather with friends and family,” she says. “And you’re all sharing a pot of cheese or a pot of chocolate. It’s all around the table, and it’s just a unique and fun experience for everyone to engage in and do it all together.”

For patrons who are new to Little Dipper, Rachel McGhinnis cites one of her favorite menu options as being fontina cheese.

It’s a popular item on the menu all around and pairs well with other menu offerings. Some menu items that patrons can expect to see in the future include wild game, such as elk, duck, or venison. But it won’t stop there. They also plan to explore vegan options and different types of chocolate.

“We want to bring a lot of different flavors,” Rachel McGhinnis says. “We’d like to try things that are most unheard of or people aren’t used to trying.”