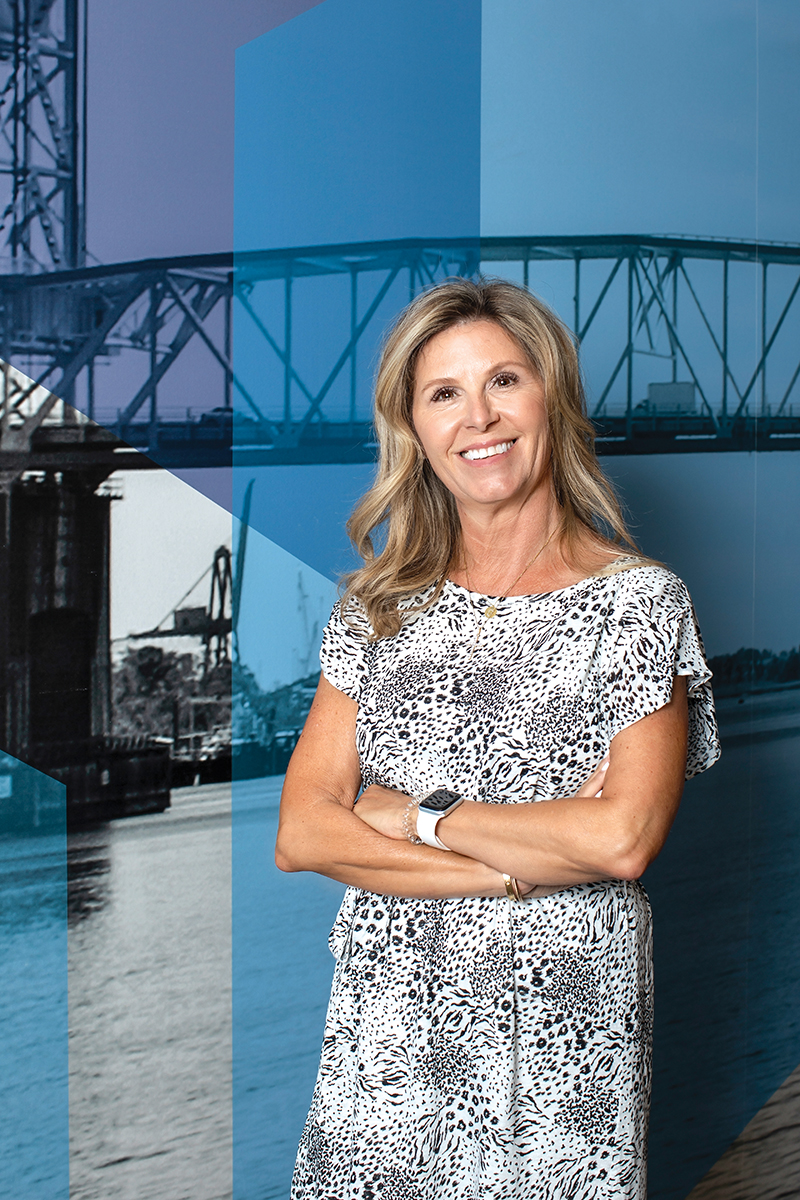 One merger. Approximately one zillion Paycheck Protection Program loan applications. One postponed wedding, and one nonprofit board chairmanship. When SANDY SPIERS looks back at her year so far, those experiences stand out.

The merger the former SunTrust city president refers to is the joining of that bank and BB&T. That transaction closed in December, ushering in many months of integration to create a new bank, Truist.

But soon into the new year, the novel coronavirus hit the economy, and SBA lenders like the newly yoked SunTrust and BB&T were inundated with PPP requests and worked around the clock with colleagues they hadn’t even met. That was April, which was supposed to bring the nuptials of Spiers’ son. Pandemic-related shutdowns put that event on hold.

Spiers also chairs the board for the Girls Leadership Academy of Wilmington, which had just completed its new campus. This past spring, midway into GLOW’s first year in its new facilities, the school had to adapt to all-online learning because of the virus.

Some people would wilt in the face of these challenges. But Spiers, who describes herself as an optimist who always finds silver linings, is working through the difficult times.

Ask her how she has managed, and she will probably reply that she loves everything she does, professionally and personally.

“I like the movement of money, which essentially is finance. It’s more the people part of banking I like solving problems. I am predominantly a middle-market banker,” she says. “In Eastern North Carolina, there is a little of both small- and middle-market, because there are not as many middle-market customers. But, I have loved the mom-and-popness of it.”

Even though post-merger Spiers is no longer a city president, she says her job hasn’t changed much.

“I’m basically doing the same thing as I did before as the city president and a middle-market banker. I am still a senior leader and part of a much bigger team with the BB&T presence in Eastern North Carolina,” Spiers says. “I’m staying very active in the community and building awareness of what Truist is as opposed to SunTrust.”

She cites the combination of BB&T’s community banking model and SunTrust’s industry specialization through its investment bank.

Spiers points also to her strong family foundation. She and her husband, Don, both from Bogalusa, Louisiana, have been a couple since they were in eighth grade and he would ride his bike over to her house. They both attended Louisiana State University and got married a year after they graduated. That was thirty-six years ago.

In 2000, their careers brought them to Wilmington. She remembers the trip: Their yellow lab couldn’t fly, so they packed up the car and drove across the country with two middle-schoolers, the dog, and a cat with two kittens. Spiers’ first job in the Wilmington market was with Centura Bank, which was later purchased by RBC. She served as city president for RBC before moving to SunTrust in 2011.

Spiers is highly visible in the Wilmington nonprofit community and refers to “this volunteer problem I have” as the reason. In addition to her leadership role with GLOW, she’s also on the NHRMC Foundation board. Several other area organizations have benefited from Spiers’ volunteer involvement.

“I do believe that we are supposed to give back,” she says. “Don and I are still together, our children are healthy and happy, as is our grandson. We are very blessed people.

“I find (an issue) that pulls me. My dad died of cancer; I was drawn toward doing things for cancer and hospice. With GLOW, I really do believe women are very strong and make such a difference in the community and that helping them is such a good way of helping the community.”

Recently, Spiers and Sheri Shaw, the assistant dean for student success at the University of North Carolina Wilmington, got to know each other and decided to form a group of fourteen white and Black professional women to share resources and explore issues of race. Their first (appropriately distanced) in-person lunch is scheduled to take place this month.

Spiers has also been active as a mentor, both with UNCW’s Cameron Executive Network and WILMA’s Women to Watch Leadership Initiative.

“I feel like I’ve been in the workforce for so long – a woman in a male-dominated industry of commercial banking – that I have some insights,” she says. “I have an analytical mind and love the math of banking. But, I’m also a people person and can read people and situations pretty well.”