Musical brings WWII to the stage

Actress RASA LOVE (above) plays Block, who used her theatrical skills and energy to make Wilmington a welcoming place for GIs during the war.

Info on tickets and show times are available at wilmingtoncommunityarts.org. 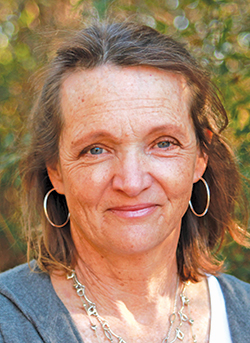 TRACY SKRABAL was inducted into the Wrightsville Beach Waterman Hall of Fame this year, as its Woman of the Year.

Skrabal is the southeast regional manager and senior coastal scientist with the North Carolina Coastal Federation.

“Having grown up around watermen, it is very humbling to be considered as one within this community,” Skrabal says about the honor.

The Wrightsville Beach Museum of History board selected the six inductees. The award is meant to “reﬂect the importance of community spirit and personal contributions to the culture of water sports throughout the history of New Hanover County Beaches,” according to the museum. 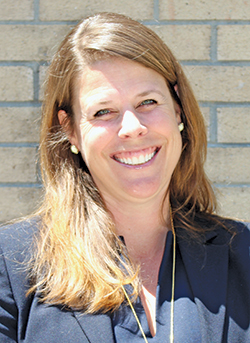 Lincoln Elementary School Principal MOLLY WHITE was named a 2016 National Distinguished Principal, a distinction that went only to fifty-eight elementary and middle school principals across the country.

White has been at the Leland school for three years. She also served as director of Pender County Schools for six years.

“White has worked closely with all of the staff to impart her strong knowledge of curriculum and research-based strategies,” a note from the NDP program states, “bringing Lincoln from one of the lowest to one of the top performing schools in the county with academic growth achieved each year under her leadership.”

White and the other principals received the honor last month at a program in Washington, D.C.

She is a committee member of the North Brunswick Chamber Education Foundation Excellence in Education. And, earlier this year, White was named the Southeast Region Principal of the Year in North Carolina. 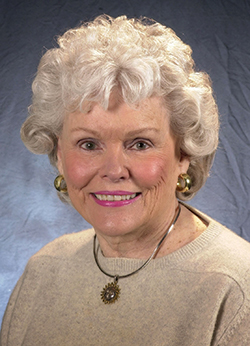 The program – started in 1999 by DORIS BUFFETT, Warren Buffett’s sister – provides scholarships to women who are survivors of intimate partner abuse to help them gain economic independence.

“I see every grant as an investment – and the women who have received WISP funding have been one of my best investments,” Doris Buffett says.

Over the past seventeen years, the program has granted more than $35 million to the women. “To consider what that means,” says WISP Executive Director Nancy Soward, “2,000 women with their degrees in hand, an improved economic outlook, and the confidence that goes with it – truly, this is an extraordinary thing.”