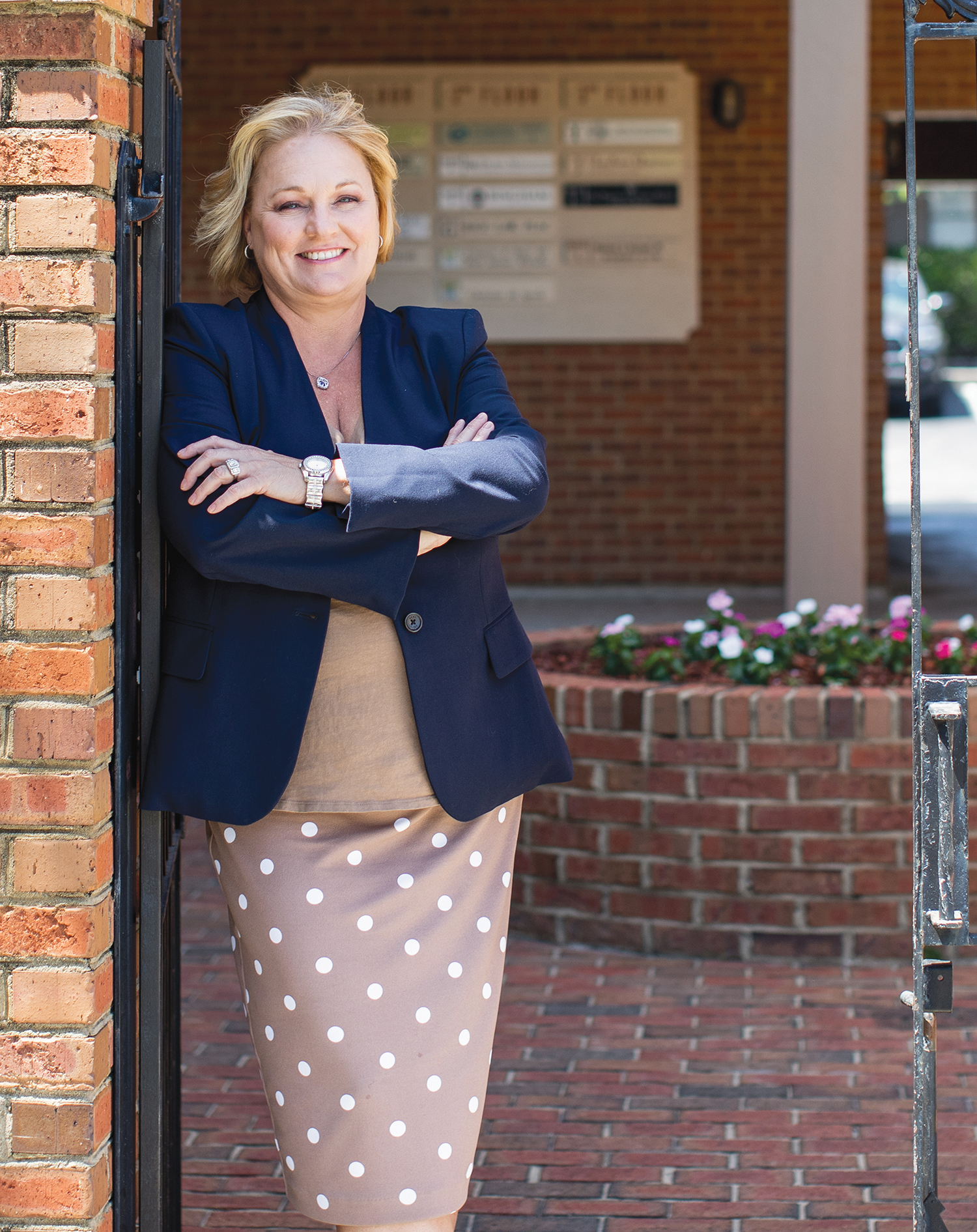 Being hand-picked to succeed the founder and CEO of a company could be both humbling and terrifying, but DEBORAH KELLER appears to take it in stride.

CEO of TCS Healthcare Technologies, which just opened its East Coast satellite office on Chestnut Street in Wilmington, Keller had been with the company for six years when in 2017 the CEO, Rob Pock, handed her a Post-it note with the date March 15, 2019, on it.

“He said, ‘That’s my retirement date,’ and he began preparing me to take over,” Keller recalls.

TCS’s multi-faceted software products are designed to support health care case managers and authorization managers who help patients navigate the health system. For example, a newly diagnosed patient is assigned to a case manager who helps the patient get their medication and helps their family deal with the changes and other needs. Procedures requested by doctors often have to go to the insurance company for authorization, Keller notes.

“They use software like ours to look at the medical case and best treatment plan and to make sure the claim gets paid,” she says.

Before moving to TCS in 2006, Keller was a vice president at Banner Health Network in Arizona where she selected one of TCS’s products, ACUITY, to handle Banner’s case management software needs.

TCS personnel occasionally called asking her to work for them.

“They were such good partners,” Keller says. “The implementation (of their software) was wonderful, and I made friendships with the implementation team, and we kept in touch. About every two years, the VP of clinical services called me and said she wanted to retire. I said I didn’t want to live in California. Ironically, in 2012, my husband, who is a pilot, was upgraded to captain, and they wanted him to transfer to Sacramento. So, I called her. I visited and talked to them, and it was like no time had passed.”

Since signing on with TCS as clinical services director, she also served as chief operations officer until her appointment last year as CEO.

During the transition period, Rob and his wife, Esther, would disappear for weeks, Keller says.

“They would take off for these 100-day river tours in Europe where I couldn’t find him. They did a few of those, and I didn’t burn the place down, so we figured between me and the rest of the team, we could handle it. On March 17, 2019, he walked in and handed me his office key,” Keller says. “They’re amazing people. They started the company in 1983. They’ve got a 501(c) (3) through which they support a school in Burma.”

Keller states that TCS’s client base is about 30% in California and 70% along the Eastern Seaboard. Having a second location closer to most of their clients made sense. Corporate headquarters remain in California.

“It was a strategic business move,” Keller says. “We really wanted a place that was attractive for us to hire folks, and our biggest footprint of clients is along the East Coast. It makes sense for us; a lot of the organizations and conferences of industry regulators are out of D.C. It puts us closer to the subject-matter experts in our space.”

She also noted the ease of recruiting people to live near the beach. Other considerations are the tax implications and the lower regulatory burden for employers as compared to California and some other states. “North Carolina is more business- friendly,” she said. “We’re a small business with about $7 million in revenue each year.”

Five employees have been hired for the Wilmington office thus far, but plans are to hire another ten to twelve over the next year. The positions are primarily in sales and account management and project management, she says.

Potential employees would benefit from having a clinical background; Keller says she can teach the technology. “I love hiring to train the skill. I’m looking for a fit to our culture and work ethic. Knowledge of managed care is important,” she says.

Companywide, there are employees working from seven states. Wilmington’s salary range will be about $40,000 to $90,000 per year.

As part of the retirement transition, TCS did a partial stock sale, Keller notes.

“We are an HCAP portfolio company,” she says referring to the resulting investment from private equity firm HCAP Partners. “They’re what is called an impact investor.

“We always wanted to make an impact in the communities,” she continues. “The HCAP Partners Gainful Jobs Approach includes creating and maintaining high-quality jobs. We don’t want to create low-paying jobs. Our goal is to create a trajectory of growth.”