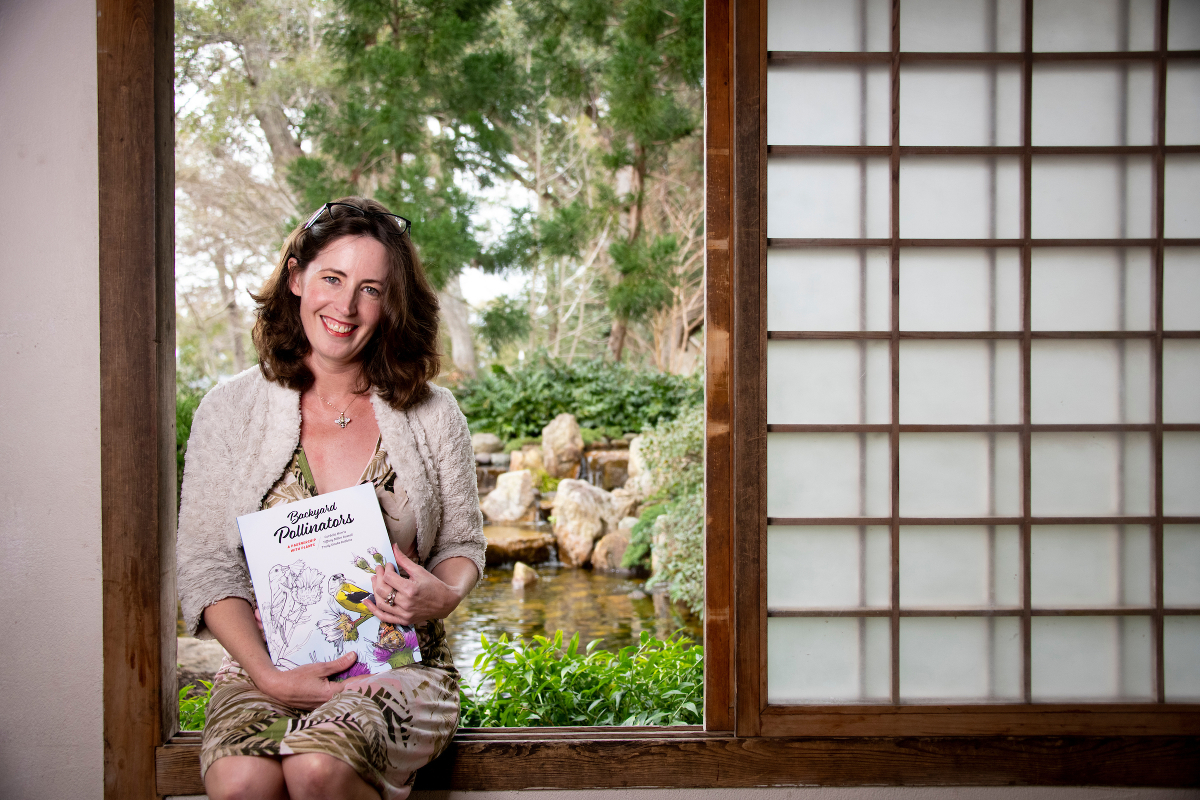 CORDELIA NORRIS has always drawn inspiration from the natural environment around her. After growing up on the Gulf Coast of Northwest Florida, it was no surprise she was attracted to the coastal splendor of Wilmington. “I was drawn to Wilmington because of the stunning beauty of the natural world here – the marshes, the swamps, the islands, and, of course, the ocean,” she says.

She has used her talent as a designer and illustrator and advocate for the environment in creating an educational coloring book series, which began in 2018 and helps support nonprofits.

Feeling passionate about the environment and sustainability has always been important to Norris.

“My aesthetic has always been inspired by nature – the organic forms and relationships expressed throughout the natural world are an endless source of fascination,” she says. “A lot of my work is designed to share the wonder that the natural world inspires in me, as well as fostering a sense of love and protection for species and ecosystems.”

Norris’s interest in Wilmington’s unique river and coastal surroundings is reflected in her professional work as well. She has worked in some form of visual communication throughout her career and got a Master’s of Illustration from The Savannah College of Art and Design. Since receiving her Master’s, she “has been putting more focus on the fine art and illustration side of my practice and seeing how far I could go with it.”

She is the principal and lead designer of Luna Creative, a design and marketing studio that specializes in working with organizations who have cultural and environmental missions.

The coloring book series comprises of three books featuring work by natural science illustrators from across the country and internationally. Her last two books served as fundraisers for local environmental charities. All Along the Atlantic depicts the flora and fauna in and along the North Atlantic. The book helped raise money for the North Carolina Coastal Federation. “It was inspired by my love of the coast and desire to create a book that would inspire that same sense of love and awe in others,” says Norris.

The last book in the series, Backyard Pollinators, “is my most ambitious one to date,” she says. It’s designed for the nature-curious who want to understand the activity happening at their feet and in their backyard. It explores a cross-section of the wide range of species that serve as pollinators in North America, from the well-known to some delightful surprises.

“With a strong focus on pollinator/plant relationships and strategies, it’s like two books in one,” says Norris. “It was truly a labor of love.” The book also serves as a fundraiser for Island Wildlife, with some of the proceeds benefiting the local chapter of the North Carolina Wildlife Federation.

Her next project is one she is particularly excited about. The Nature at Home Certification Program is a partnership through NC State University, the North Carolina Arboretum and Cape Fear Audubon Society to help residents create spaces for wildlife to thrive. Once a participant has a chance to create a nature at home habitat, then they can apply to be a certified Nature at Home site.

Norris continues to be a “steward of the Earth” and is a member of the board of the Cape Fear chapter of the Surfrider Foundation and serves on a committee for the All Blue organization. And she is the happiest out in the “field.” From April to September, she sets up a scope at the south end of Wrightsville Beach to observe a nesting colony of black skimmers, terns, and oystercatchers.

“It’s like being in a nature documentary and is pretty much the most fun you can have by yourself,” she says.