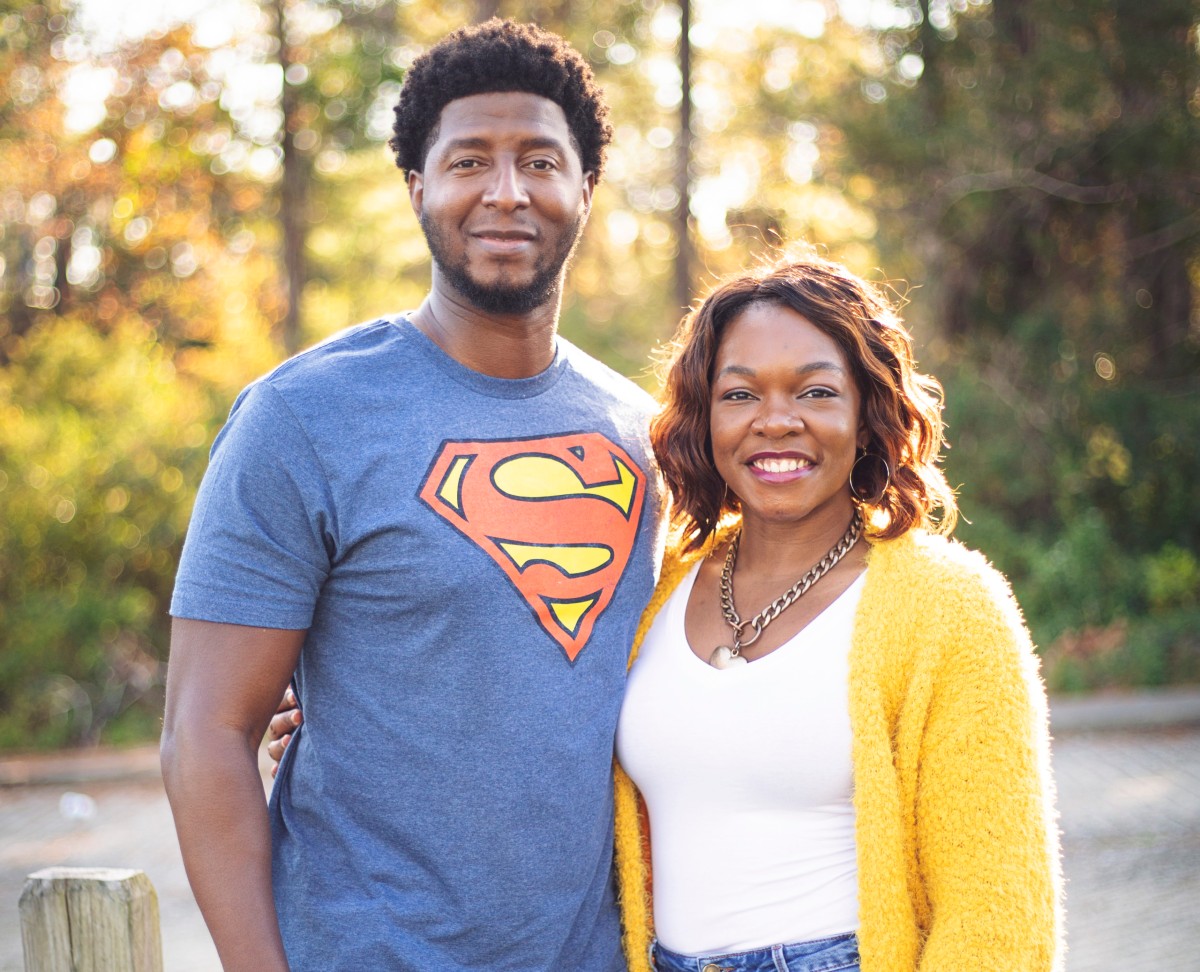 CHRISSY KENT’s roots run deep in Brunswick County. She grew up in Bolivia and graduated from South Brunswick High School in 2003.

“Bolivia is a small area, but it’s a true community,” Kent says. “We grew up helping each other. My grandmother was always dropping off food and visiting family.”

Kent relocated to Charlotte to finish her bachelor’s degree in marketing and went on to earn a master’s degree in finance.

“Living in Charlotte, I miss the water,” Kent says with a laugh. “Brunswick County is so relaxed. I didn’t appreciate it enough when I lived there.”

Kent works in finance and she and her husband, Anthony, are real estate agents. Kent calls Anthony a ‘serial entrepreneur’ and he pitched her the idea of starting a board game business based on Black culture.

In 2017, SociaLaughs was born. The Kents took their own real-life experiences and created their flagship game, “Passport to the Hood Vol 1.”

“It’s catchy and fun. We talk about Black culture’s impact on Americans, like music and movies. We joke about stereotypes, but we also educate,” Chrissy Kent says. “We slide in some real questions about social injustice, economic wealth gaps, and police brutality. For example, ‘How long does the black dollar stay in the community? Answer: six hours.’”

Kent emphasizes you don’t have to be Black to play the game.

Corporations are even using their games as ice breakers. “What separates SociaLaughs from other games is we bring some true facts and topics to the table that you wouldn’t expect to see,” Chrissy Kent says.

Since the initial release, the Kents released two more volumes of Passport to the Hood: “Trap Edition” and “Feds Watching,” as well as a woman-focused game called “The Story of my Life” and celebrity trivia, “CELEBSAID.”

A work experience sparked the idea for The Story of My Life.

“A female co-worker was gushing that she loved my hair,” Chrissy Kent says. “And she touched it. You never touch a Black woman’s hair.” The game expanded from Black women experiences to a game about awkward situations all women face – dating, your best friend who offers advice that she never takes herself, and “That one co-worker who is always in your business,” Kent says with a laugh.

Games are available on the company website and Amazon. Kent says the business has been robust during the pandemic. “People are looking for something to take their minds off the serious things going on…the election, the news, coronavirus. We saw a sales surge on Amazon in March. Those are typical holiday numbers for us.”

For the Kents, starting SociaLaughs wasn’t just about having fun and educating people, it was also about opportunity.

“We wanted to build generational wealth,” Chrissy Kent says. There’s not always a lot of opportunity in minority communities. So, we added another stream of income by creating something that was missing in the product line.”

Kent says they thought hard about the risks of starting a business. “We were able to fund it ourselves. But we sought out resources and feedback.”

Kent’s Brunswick County upbringing instilled the importance of building a tribe and she is passionate about supporting Black businesses.

“We should spend time on developing groups that can help us be a better person,” she says. “Build a healthy circle of friends. Stay grounded and never forget where you come from.”