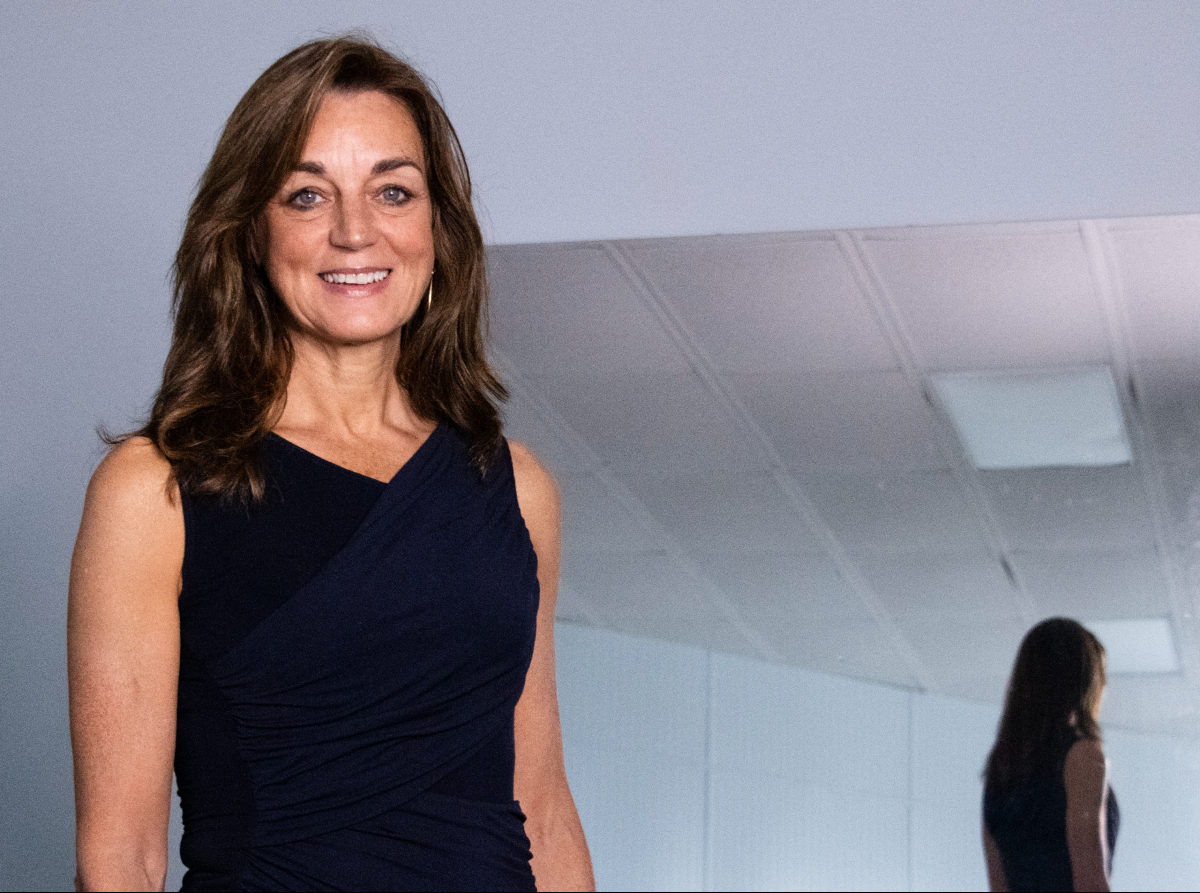 With a soothing voice and light touch, SARA SOMMERS gently coaxes her clients into relaxing and becoming mindful of how they move. She helps them uncover habits – such as tightening up and holding in – so they can let go.

Sommers teaches intentional, conscious control of movement through the Alexander Technique, and some clients say the practice has helped alleviate pain and has been an alternative to surgery.

The technique, developed by Shakespearean actor FREDERICK MATTHIAS ALEXANDER, teaches people how to recognize and improve habits of posture to ease tension and have more composed reactions, according to the American Society for the Alexander Technique.

Sommers is certified by the society, having graduated from the Alexander Technique Training Center in Charlottesville, Virginia, in 2009. She soon started her practice UP & UP Health with Sara Sommers in Richmond, Virginia, and relocated to Wilmington in 2019.

“It is a therapeutic tool that can be really transformative for people who are suffering with neck and back pain,” Sommers says.

“She put me on her table, she began to move my limbs and talk to me in a way that my nervous system responded to,” Sommers recalls. “I did not know that my body was capable of quieting down that much.”

Sommers practiced the technique and did physical therapy, and she says the pain eased and no surgery was needed.

She then formally studied the Alexander Technique and became certified in ergonomics and trained in Pilates.

Sommers offers individual and corporate lessons in posture practices, working out of her home studio in Wrightsville Beach and at the Evolution Healing Arts center in Wilmington, which focuses on strengthening the mind, body and spirit.

Sommers also visits clients at their work or home, helping them become more aware of how they get in and out of chairs, work at desks, do chores and sit in cars.

“You learn how to be nonreactive, how to avoid startling, how to move with ease and conscious control and how to arrive to the position of either sitting or standing with complete body integrity,” Sommers says, later adding, “The Alexander Technique is an absolute means for bringing you out of ‘fight and flight’ into the ‘rest and digest.’”

PAT MANSON, of Richmond, Virginia, has worked with Sommers for years and calls her a “quiet, calm cheerleader.”

“What Sara, among other things, teaches you to do is to have neutral posture,” Manson says. “You stand up straight – but it’s a lot safer, it’s a lot easier.”

Manson suffered an injured disc in his neck and had an epidural and several courses of physical therapy. With a pinched nerve, he felt burning and numbing down to the fingertips of his left hand and experienced some muscle mass loss.

After working with Sommers, Manson says he soon felt relief.

“If you can coax the muscles into relaxing to trust you, then whoever is manipulating you can actually get to the joint, and as a result she was able to free up my neck so much that I could move my neck much more freely,” Manson explains. “Bit by bit the pinched nerve began to subside.”

While the muscle loss did not reverse it has stopped, Manson says, and he hasn’t needed surgery. He continues to see Sommers several times a year for “maintenance” sessions.

Richmond attorney VICTORIA PEARSON recently was diagnosed with cervical bulging discs. She had been to the emergency room three times and was given eleven prescriptions to ease pain in her left upper body from a pinched nerve.

“The pain was so excruciating,” Pearson says.

Sommers has been working with Pearson mostly through Zoom sessions, and they also met in person at Pearson’s office when Sommers was in town.

“She’s delightful,” Pearson says of Sommers. “She was committed to my success with it. That made me feel very comfortable.”

While Pearson just started working with Sommers this fall, she says her pain has eased enough that she no longer takes the prescription medications, and her doctor is hopeful she won’t need surgery.

“I literally can feel the stress leaving my body,” Pearson says. “This has been such a life-changing experience for me.”