The January 30 event at Cape Fear Community College’s Union Station included talks from young female entrepreneurs. Local groups, such as WILMA, GE, and Wilmington Health Access for Teens, shared activities for the girls to learn more about the work done in the area.

“We hope that each girl who participated realizes just how important they are and will continue to be a part of positive efforts throughout the city,” Linda Rawley, the police department’s public affairs officer, says about the program’s first event. “Young people are faced with so many bad choices today. It’s our responsibility to give them positive choices so they can be successful.”

The next Port City Super Girls Event will be an obstacle course run in April. Details will be posted at facebook.com/WilmingtonPD. 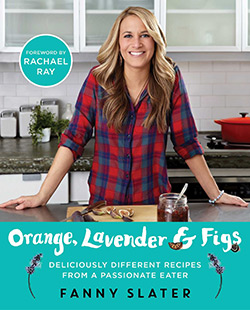 Fanny Slater has a cookbook on the shelves of bookstores starting this month.

Slater won the 2014 The Rachael Ray Show’s Great American Cookbook Competition, and got her cookbook published through Rachael Ray Books, an imprint of Atria Books.

Atria calls the cookbook “a compilation of sophisticated yet approachable recipes along with the heartwarming – and often humorous – tales that inspired them.”

Slater grew up in the kitchen, and she comes by her foodie passion honestly – her parents were always in the kitchen and Slater was always observing. Slater is also a food writer and restaurant critic. 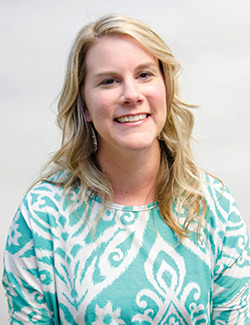 Ashley Loftis has been appointed finance director for the town of Surf City – a position that encompasses managing the financial affairs of the town, supervising staff, delegating operations, and making employment recommendations for the town’s financial group.

Loftis holds a degree from Guilford College in forensic accounting. She is a certified fraud examiner and is working toward becoming a North Carolina local government finance officer. She has worked in the private sector as an accountant at Gunn & Page in Eden and in the finance department for Guilford County Schools and Rockingham County. She was also previously the finance officer for Burgaw.

Loftis, who won WILMA’s 2014 Women to Watch Award in Public Service, lives in Surf City with her family – her husband, Travis, and their two children. “It’s all about family,” Loftis says. “I’m enthused about the adventure that lies ahead. Surf City, both the town and the town administration, are currently in a significant growth mode.” 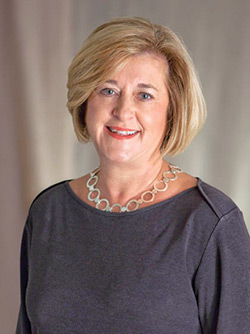 Whitley previously served as Lower Cape Fear Hospice’s vice president of clinical services and has been with the nonprofit since 2008.

“I am honored to be a part of this agency and its plan for growth to expand our services to serve even more people,” Whitley says.

In the new role, Whitley works closely with the group’s President and CEO Laurie Bystrom to help it navigate the changing health care landscape, officials say.

“Gwen’s expertise and previous successes in many LCFH initiatives, together with her almost 30 years of experience in home health and hospice care, will be vital to our future,” Bystrom says.