What's going on this month in the area 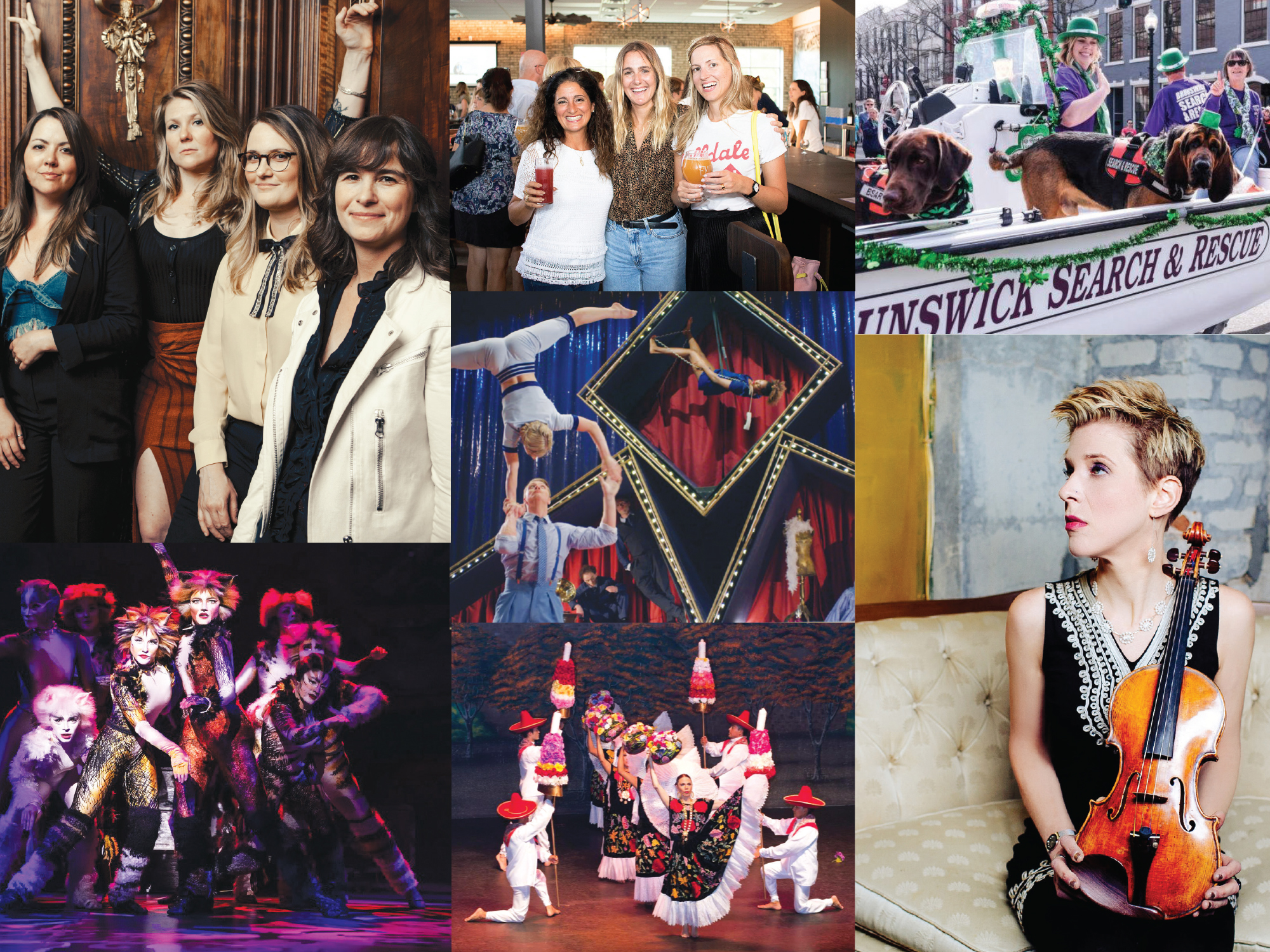 WILMA holds its latest Social Hour event, a fun outing with live music, pop-up shop, giveaways, and more 4:30-7 p.m. at Waterline Brewing Co., 721 Surry Street. There is no cost to attend, but there is a cash bar available with beer and wine. WilmyWoodie’s food truck is on-hand with its wood-fired pizza menu.

Step Up for Soldiers, a nonprofit that helps disabled veterans, holds its ninth annual Back Yard BBQ Cook-Off fundraiser. Tastings start at 11 a.m. and run until 4 p.m. while supplies last. Awards take place at 4:30 p.m. Tasting tickets can be purchased ahead of time online or at the event.

To celebrate the release of the educational coloring book All Along the Atlantic, the North Carolina Coastal Federation, Luna Creative, and Wrightsville Beach Brewery host Drink & Draw. The family-friendly event 6-8 p.m. will include all the necessary supplies for a night of creativity. Twenty-ﬁve percent of the proceeds from sales of the book by Wilmington authors Cordelia Norris and Cathy Meyer supports the North Carolina Coastal Federation, which also will receive a donation of 11 percent of the proceeds of sales from Wrightsville Beach Brewery’s Oysterman Stout during March.

For some family fun, Wilmington St. Patrick’s Day Festival kicks off at 11 a.m. in downtown Wilmington with a parade, and continues until 6 p.m. with food, beverages, vendors, live music, kids zone, and dancing. The festival takes place at Market and Second streets.

The Grammy-nominated bluegrass band Della Mae performs at the Brooklyn Arts Center. The all-female string band is based in Nashville. Rachel Baiman opens for the show. Doors open at 6 p.m., and the concert begins at 7 p.m.

Contemporary circus company Cirque Éloize brings its tour of Hotel to Wilmington. Hotel tells the story of characters throughout the timeless art deco hotel with acrobats, aerialists, singers, and more. The show is at 7:30 p.m., and tickets are $34.44- $66.74.

9 Horses performs as part of UNCW’s annual JazzFest. The trio features Grammy nominee Sara Caswell on violin and hardanger d’amore, Joe Brent on acoustic and electric mandolin, and Andrew Ryan on bass. The show is at 7:30 p.m., and tickets are $15-$40.

The fourth annual Cape Fear Craft Beer Week includes a variety of activities highlighting the area’s breweries, bottle shops, restaurants, and craft-centric businesses. Events include a tap takeover at Edward Teach Brewery, pop-up makers market at The Sour Barn, Beer & Hymns at Waterman’s Brewing Company, and more. The Ultimate Brewing Championship on March 20 is the official kick-off where brewers from local breweries go head to head for bragging rights. The Cape Fear Craft & Cuisine dining event takes place at Airlie Gardens on March 28, featuring the cuisine of more than twenty local chefs paired with offerings from North Carolina breweries. Chefs and brewers will be on-site to talk about their pairings.

Ballet Folclórico Nacional de México de Silvia Lozano, which preserves and promotes Mexican culture, brings its dance to the Wilmington stage as part of the UNCW Presents series. The company showcases the originality and authenticity of Mexican dance through folklore, music, and costumes. The performance starts at 7:30 p.m., and tickets are $20-$50.

Through March 26 Back to its original home – the stage – the Andrew Lloyd Webber musical Cats comes to Wilmington. The national tour brings the Tony Award-winning production to the Wilson Center for three nights. The show starts at 8 p.m. each night, and tickets are $54.63-$118.64.

An attempt to break the Guinness Book of World Record’s Largest Dog Photo Shoot takes place at Waterline Brewing. Organizers are holding the photo shoot during Cape Fear Craft Beer Week and to kick off North Carolina Beer Month in honor of a recently passed bill allowing dogs in taprooms around the state. The current record is 710 dogs in a photo shoot, which took place in Moscow last year. All dogs are encouraged to join the record-breaking attempt, and a post-photo shoot puppy parade to downtown is planned.

Submit your event to the WILMA online calendar here.