Malama: To Take Care Of

Dishing up in Carolina Beach 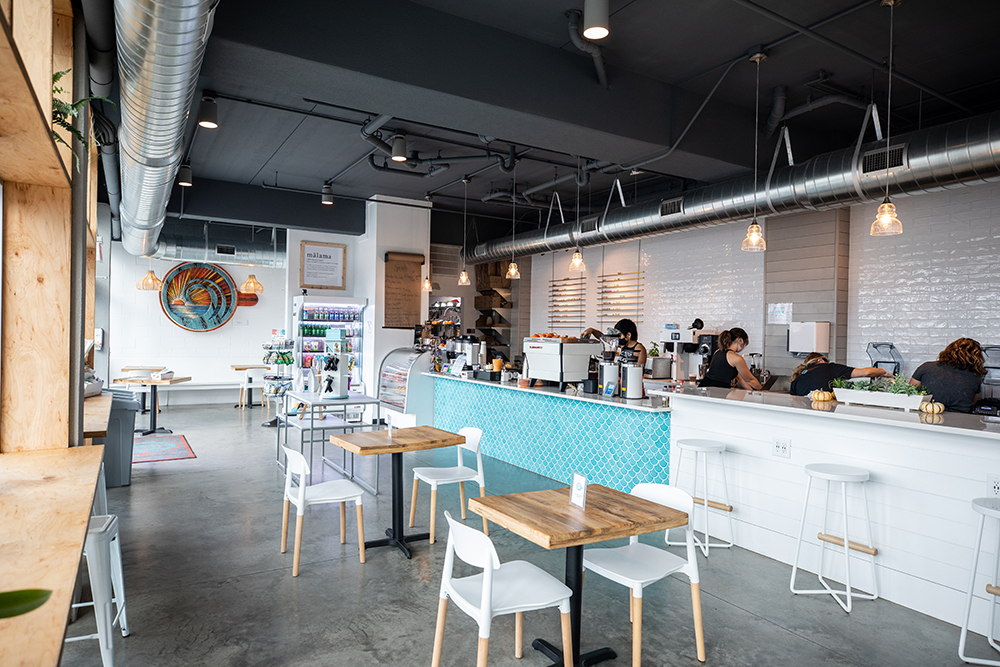 At the beginning of this year, longtime friends LEEANN TLUCHOWSKI and KATE PAREDES moved forward with plans to open a grab-n-go-style cafe before the summer tourists rolled in.

Their healthy breakfast and lunch spot, Malama Cafe, was originally slated to open in Carolina Beach in March, but like many local restaurant projects, they experienced some construction delays.

While they could plan for building setbacks, this cafe duo could not predict the news that surprised all of us this spring: a worldwide pandemic. 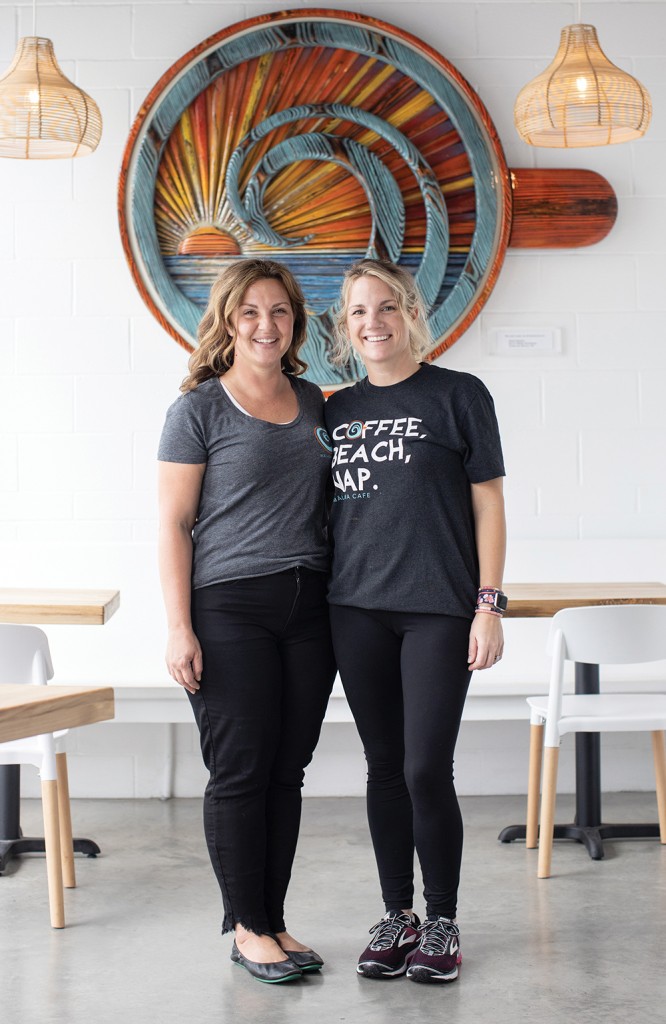 “We were full-fledged in our build-out when it happened,” Tluchowski says. “A few times I was like, ‘What are we doing?’ … But, if you don’t have those kinds of questions or fears then you’re crazy.”

After a short halt in construction, plans for Malama Cafe continued. At a time when health concerns were rampant due to COVID-19, Tluchowski and Paredes took the extra time to think closely about their menu before the restaurant officially opened on Memorial Day.

They always intended to offer fresh, healthy options, but now more than ever they realized the importance of offering delicious dishes made from clean, natural ingredients.

“Carolina Beach needed more healthy food with more options for people with dietary needs,” Tluchowski says. “With our background, we thought, ‘Why not us?’”

Paredes studied kinesiology and sports science in college and has a background in nutrition, while Tluchowski had been working in her husband’s restaurant, Shuckin’ Shack, in various positions since its opening in 2007. Together, the friends make a great cafe team. 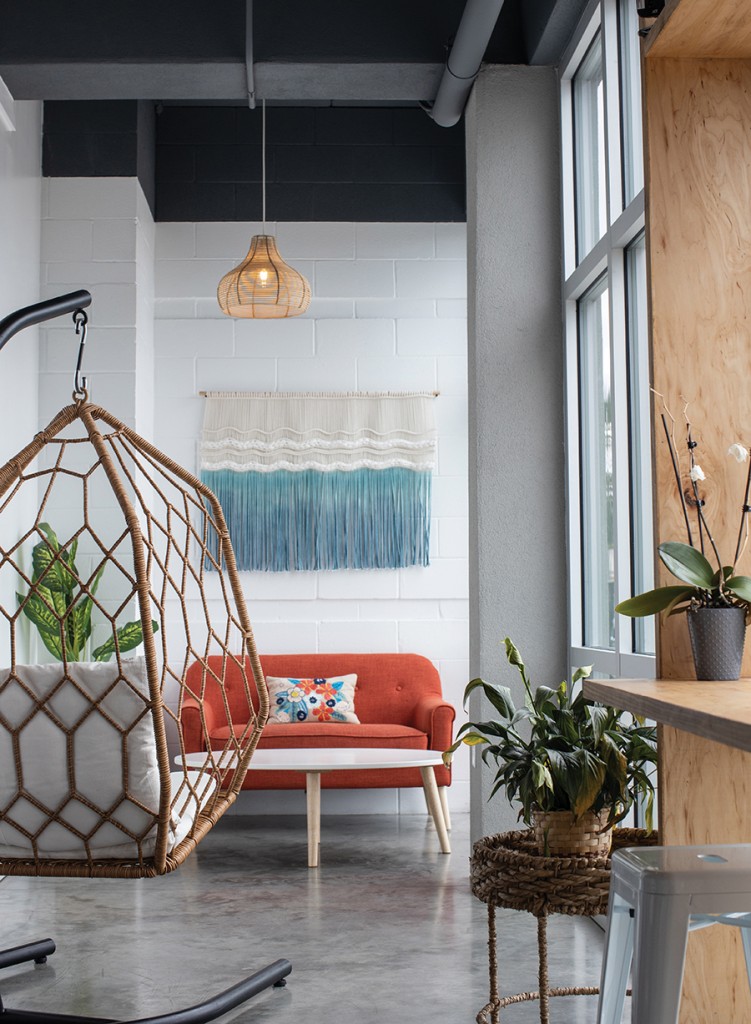 “Malama is a Hawaiian term,” Paredes explains. “It means to take care of oneself and one’s community and Mother Nature.”

Inside the restaurant, the cafe vibes feel clean and open. The blue and green hues of the island, of nature, appear throughout.

“You get the CB ocean visibility,” Paredes says.

With love for their local beach, the Malama team is dedicated to both the health of the body and of their environment. For example, they compost everything they can, including all their meal containers, by working with Wilmington Compost Company. They also sell box water (instead of plastic), as well as reusable bottles and straws.

“We’re very particular what brands we use,” Paredes says. “Everything kind of revolves around the word malama – caring for our community and offering healthy options and being particular with what comes in our store.”

They’re also particular about their ingredients.

“I’d rather use natural sugars because I know how it breaks down in the body,” Paredes says. “We don’t just put things on the menu because it’s requested. We make sure it reflects the name Malama.” 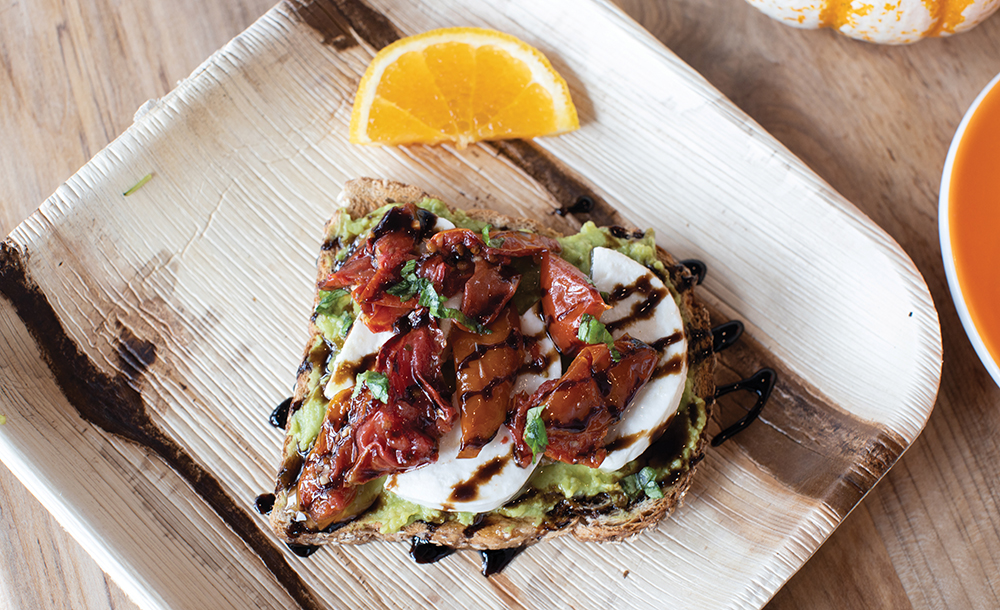 Their whole foods menu features the expected coffees, teas, sandwiches, and wraps, as well as loaded bowls and toasts, such as the local favorite, the Malama Smash – toast with avocado, heirloom tomatoes, edamame, and sesame seeds, topped with a hard-boiled egg.

“All of our items have ingredients you can pronounce,” Paredes says. “We take really simple ingredients that are really healthy and surprisingly delicious together.” 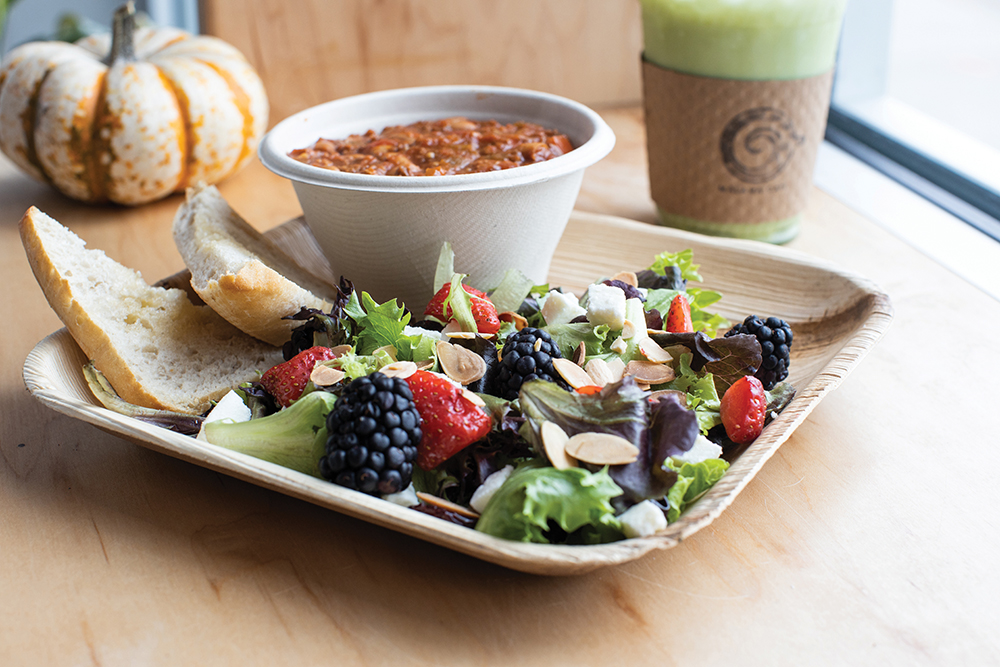 They offer gluten-free and vegan options. And, in their tourist town, many local food-service industry workers enjoy stopping by before a long shift for a smoothie with protein superfood powder.

“I honestly have to say that we are extremely blessed to be in a beach community,” Tluchowski says. “With the beach, people flocked here during COVID. People are still coming … A lot of other areas of the country are extremely depressed right now.”

Although the Malama Cafe owners don’t have pre-pandemic numbers with which to compare, they feel they’ve had a busy season. 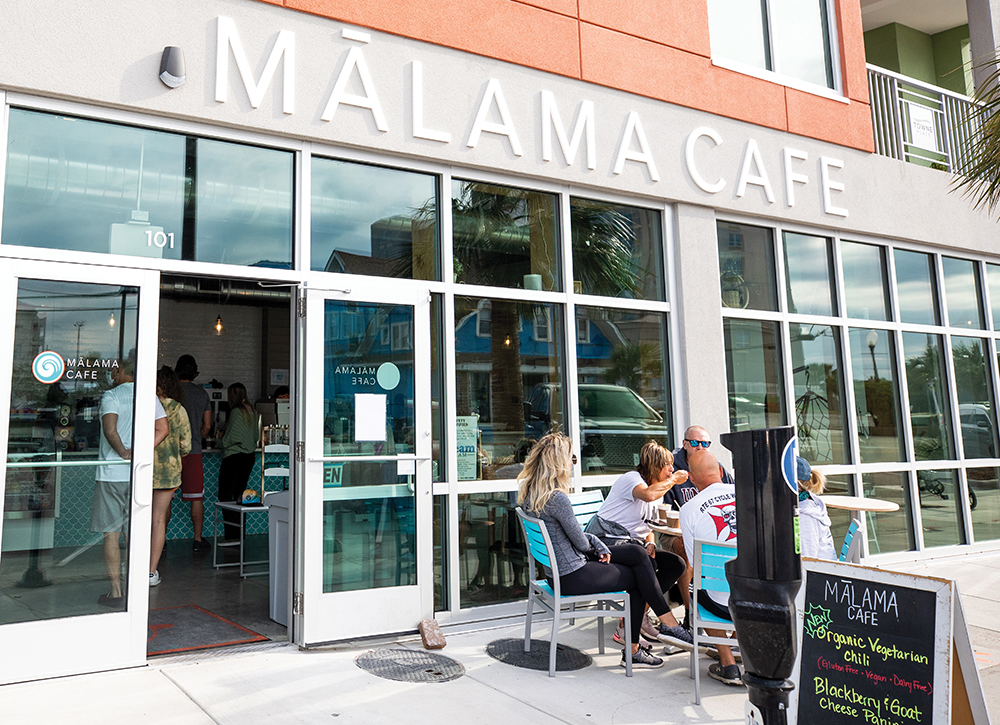 “We have gotten feedback from regulars and locals who have come in and simply with the layout of our space say how safe and comfortable they feel,” Paredes says.

“We were always a small-capacity restaurant,” Tluchowski adds. “And, we were already set up to be a grab-n-go concept.”

They do, however, offer limited seating.

Now that the vacation season is over, they look forward to welcoming more locals to their space, even as pandemic- style life continues.