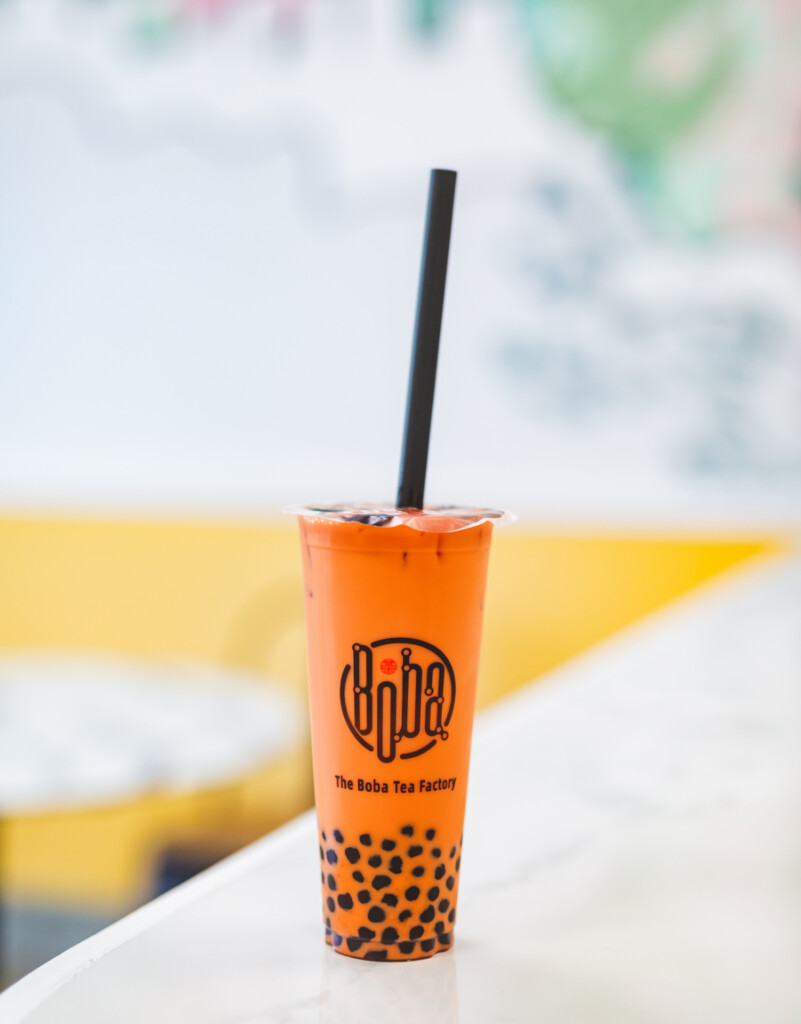 Born in Fujian in the southern part of China, GRACE GAO watched her mother and father work full time. Even as her father’s business became more successful and her mother could have stopped working to stay at home full time, she didn’t.

“My mom is a great example to me. She showed me that you can be a woman, run a successful business, and take care of the family at the same time. She taught me that women should be independent and strong,” says Gao.

Gao left China at the age of eighteen to come to the United States with her family. She attended Baruch College in New York City where she received a finance degree and subsequently worked as a personal banker for five years. “I gradually realized that this was not the life I wanted,” she says.

Gao traveled to Wilmington last year. “I fell in love with Wilmington. I love the weather and people. I decided to move here and fulfill my childhood dream to open my own tea shop,” she says.

In August 2022, Gao opened the doors of The Boba Tea Factory on Shipyard Boulevard where she creates fresh boba milk tea drinks. Boba milk tea, which originated in Taiwan, is prepared by combining black tea with milk, cream, sugar, and chewy tapioca pearls made from tapioca starch from the cassava root. Boba milk tea is also known around the world as bubble tea or pearl milk tea.

Gao is a first-hand expert on traditional boba tea. “I started drinking boba milk tea when I was a child in China. We all had a special affection for milk tea. I will never tire of milk tea with sugar and fruit-flavored powder,” says Gao.

“In the past thirty years, milk tea has been constantly and iteratively upgraded,” she adds. Gao explains that in Asia, especially in China, Taiwan, Japan, and Singapore, the first appearance of boba milk tea set off a wave of milk drinking which became popular because toppers enriched the taste of the drink.

“Once a powdered beverage made in a small shop, boba tea is now a mainstream drink created in independent multi-functional leisure drink shops,” says Gao. Boba tea has become a go-to beverage all over Asia, Europe, and North America. 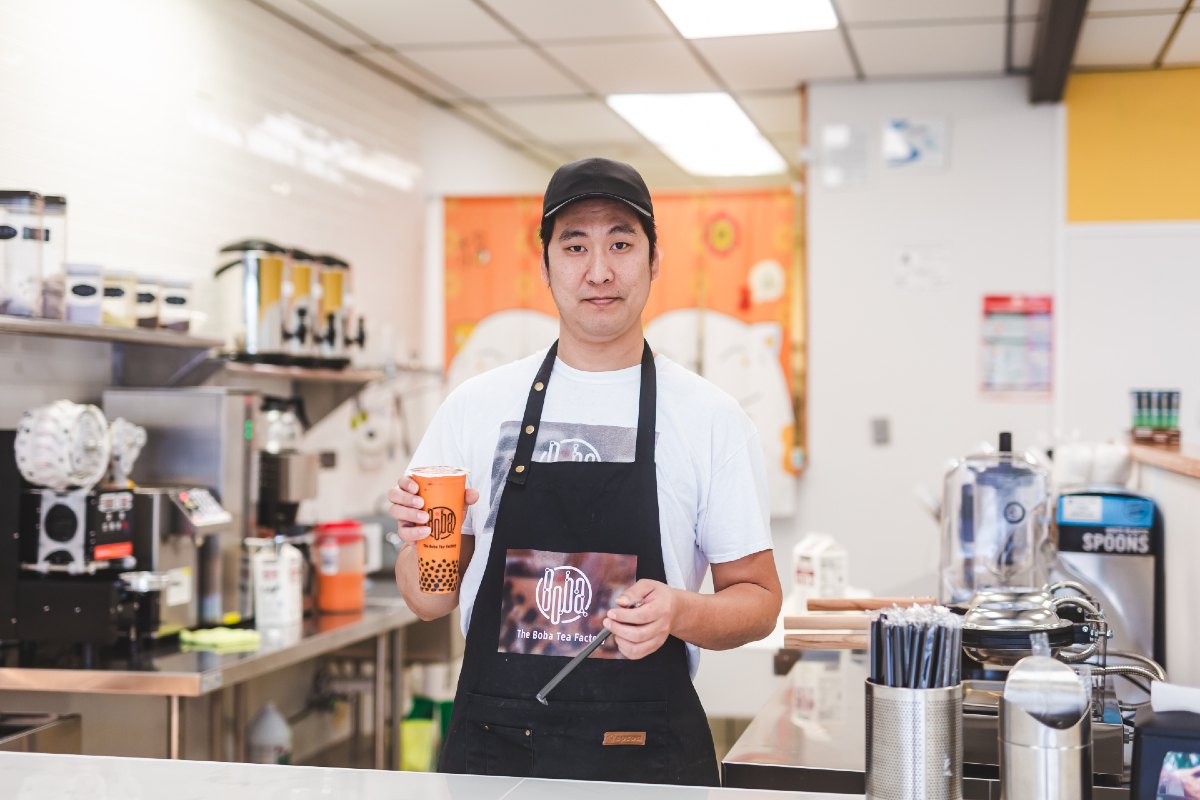 Milk tea recipes continue to evolve and according to Gao, better teas are used, like sijichun, oolong, Earl Gray black tea, and jasmine green tea. Gao uses fresh fruit and freshly brewed tea to ensure her boba milk tea is authentic. All of Gao’s ingredients are imported from Taiwan.

The Boba Tea Factory menu offers four main types of milk tea. The classic series of drinks is made mostly from an Earl Grey black tea base and perfectly matched with tapioca. The milk series is milk-based, no tea. Refreshing fruit teas made from jasmine green tea and fresh fruit are perfectly paired with grass jelly, crystal tapioca pearls or poppers. Fruit tea slush is similar to fruit tea but blended with ice. There are many different flavors within each offering.

“I have adjusted every drink on the menu many times to ensure it tastes the same as what I drank in Taiwan. The temperature of the hot water, the time to make the tea, the variety of tea leaves, the amount of sugar, the choice of fruit jam and even the fresh fruit have all been carefully selected and improved in continuous attempts,” she says.

Gao also considers the health benefits of her tea. While fructose tastes better and most of the boba tea shops use fructose, The Boba Tea Factory uses cane sugar because it is healthier.

She is currently helping her family run a business out of the state, she expects to come back to the region in the summer with her husband currently helping to run the boba shop. Gao’s childhood dream is very much alive.

“My short-term goal is to hire a few motivated employees and train them to make authentic boba tea by summer, the peak season for boba tea shops,” she says. “It feels amazing when customers want boba tea and the first place that comes to mind is The Boba Tea Factory and they drive an hour to get it. We are planning to open more locations in the next five years,” she excitedly concludes.