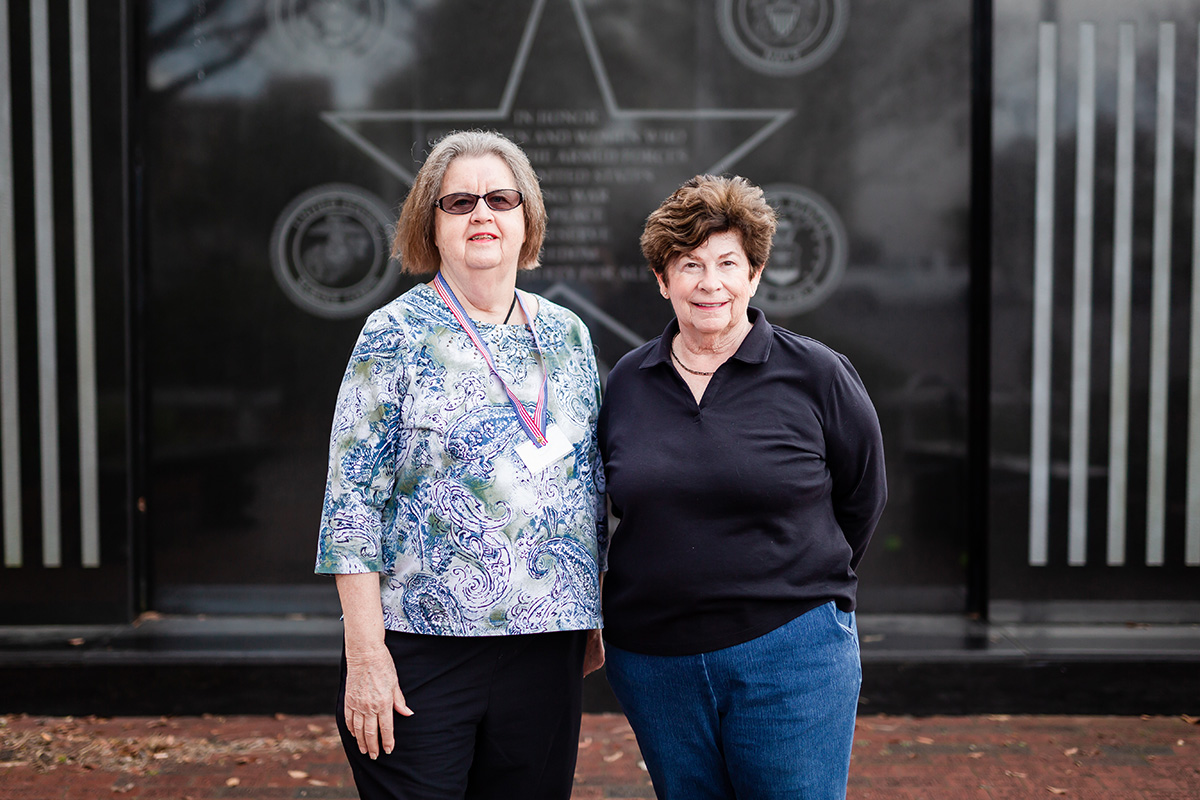 Bonded in their military service decades ago, two Southeastern North Carolina women will join other veterans in being honored with a trip to the nation’s capital.

They’re among seventy-five veterans flying to Washington, D.C., on April 30 for the Honor Flight of the Cape Fear Area. The trip is for veterans who served before 1975 – during World War II, Korean War, and Vietnam War eras – and for terminally ill veterans.

While among those being celebrated, Grover and Pfeiffer are giving tribute as well.

“It’s certainly a privilege and an honor to be able to go on this trip,” says Pfeiffer, who looks forward to visiting military monuments and memorials.

“I see all these pictures of white headstones,” Grover says. “But to actually be there and see the soldier marching back and forth to some person nobody will ever know … is an honor,” Grover says. “He died to keep me free, and I want to say thank you.”

The Honor Flight Network, which has more than 128 hubs nationally, has flown more than 245,000 veterans to Washington, D.C., since 2005, the organization’s website states.

Some flights departed the Wilmington area in 2010 and 2011, says RUTH RAVITZ SMITH, Honor Flight of the Cape Fear Area’s founder and president. She has been working to get efforts up and running again with the group’s inaugural flight.

“There’s a disease I didn’t know about – it’s called the Honor Flight allergy,” Smith says. “Every time you do something Honor Flight-related you tear up.”

Pfeiffer, who lives in the Leland area, will be seventy-three when she takes the Honor Flight. She worked in supply and logistics for the Air Force and served in Thailand toward the end of the Vietnam War, selling excess military equipment to local contractors.

Pfeiffer spent most of her career stationed at various fighter wings, including MacDill Air Force Base in Tampa, Florida, where she once met Queen Elizabeth II.

During her military service, Pfeiffer witnessed women become fully integrated when the Women in the Air Force (WAF) program ended in the 1970s.

“When you’re in a mostly male environment it’s a challenge to fit in, and yet still my big thing was to maintain femininity,” Pfeiffer says. “I wore heels and skirts when I possibly could and combat boots and fatigues when I had to.” 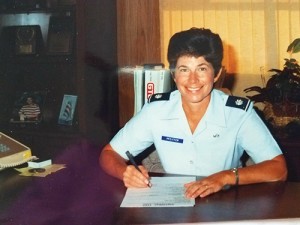 Pfeiffer was a counselor for enlisted women, and when leaving for another base she was asked to recommend someone for the women’s advisory position.

Pfeiffer later worked as a logistics project manager for the U.S. Department of State to help eradicate drug crops in Central and South America. She also became a veterinary technician and retired to North Carolina near a college friend.

“My job was in the operating room, training the boys to set up field hospitals over in Vietnam because that was the beginning of the war,” Grover says.

She recalls seeing beach demonstrations of weapons near the naval hospital.

“They had displays of all their military weapons that they were taking overseas,” Grover says.

Grover left the military after two years and became an anesthetist. She later moved to North Carolina and had a blueberry farm in Watha before settling in Burgaw.

The Honor Flight, delayed twice because of the pandemic, is funded by donations.

People are welcome to greet Honor Flight veterans at Wilmington International Airport, and volunteers are needed for future flights. (Details at honorflightcfa.org)

Veterans on the Honor Flight will have guardian companions and be joined by medical and administrative staff.

Some guardians are veterans too, including retired U.S. Army Col. CHRISSY SANFORD, veteran coordinator of the local Honor Flight.

Sanford served from 1991 to 2011 and was in the Army Nurse Corps. She was a pediatric nurse practitioner at the Duke University School of Nursing when she enlisted at forty-two.

Sanford was deployed to Iraq with the Civil Affairs Battalion from 2006 to 2007 and helped run medical clinics.

“We’d see hundreds of kids a day, and of course the women,” Sanford says. “Men couldn’t go anywhere near the women, so I was able to examine them.”

The Honor Flight is a once-in-a-lifetime opportunity for the veterans and a chance for instant connections, Sanford says.

“They understand each other,” Sanford says. “They don’t have to try to explain it. They know.”

Guardians also include CONSTANCE FOREMAN, a U.S. Navy Reserves lieutenant commander, and a physician at Novant Health New Hanover Primary Care. She was stationed in Guam in 2020 to provide medical backup for service members on the USS Theodore Roosevelt who had COVID.

“Being a guardian, I just feel like you’ll have walking histories sitting beside you on the plane,” Foreman says. “I look forward to being inspired by their commitment and their stories.”