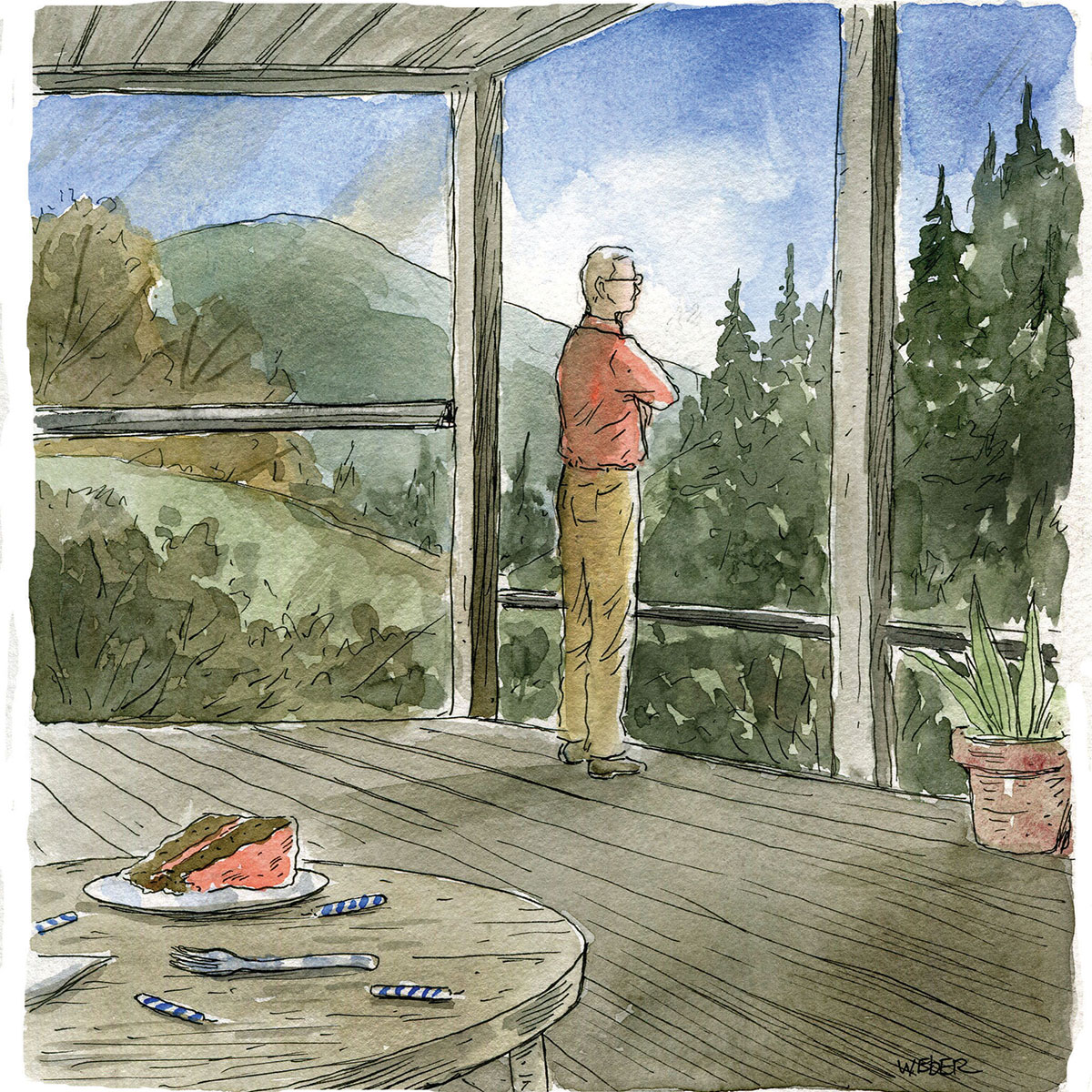 My father’s birthday is this month, and while I couldn’t ask for a better dad, it feels like it would be a dereliction of duty to commandeer my regularly snarky humor column for sentimental birthday wishes. Plus, even if I tried to catalog the important lessons I’ve learned from my father, 500 words would be far too few.

So, instead, I’d like to focus on a few lessons I’ve learned (just not from my father):

How to sit quietly and commune with nature: Each summer, my folks and I spend a week at a mountain condo with a panoramic view bathed each dusk in golden light. In my opinion, a sunset generally doesn’t require voice-over narration, but my father, an amateur Morgan Freeman, can last no longer than ten seconds without adding color commentary. “It just keeps changing!” “Isn’t that beautiful?” “Wow!” “You don’t see views like that in Wilmington!” As there is only so much one can say about a sunset, these few sound bites are, by necessity, recycled and repeated until the sky finally goes mercifully black.

How to take responsibility for my things: Before he retired, my father was a model of professional accountability. However, when it comes to his personal belongings, if something goes missing for more than 30 seconds, my father blames whomever is at hand.

During a trip to Europe, my father was unable to find his watch. He “looked everywhere,” he claimed. The third-floor hotel room had been warm the night before, so my parents had left a window open. The only logical explanation, my father scolded the desk clerk, was that a cat burglar had scaled the outside wall, tiptoed into the room while my parents were sleeping, and stealthily made off with my father’s Seiko.

“Be sure to warn the other guests!” my father instructed.

It was only after my parents had returned stateside that the watch was finally recovered. Apparently, the diabolical and ineffectual thief had hidden the timepiece in my father’s suitcase under a roll of dirty socks.

How to be in the moment: If you are looking for my father in the Now, you will not find him there. Instead, he’ll be inhabiting some version of the Future where things have gone terribly wrong.

While my mother and I enjoy a casual drink in their living room, my father is 30 minutes in the future, standing outside the restaurant in the endless line we’ll have to endure because we were three minutes late for our reservation.

At a Thanksgiving dinner, my buddy Gary was saying an improvised grace. The rest of us were soaking in the wonderful smells and good company. My father, however, was already 15 minutes in the future, where Gary had gone on far too long, the dinner had gone cold, and Thanksgiving was ruined.

We still give my father a hard time about that one. But he takes it in stride. One of the many lessons I have learned from my father is not to take yourself too seriously.