Sprout brings yoga and art to young ones 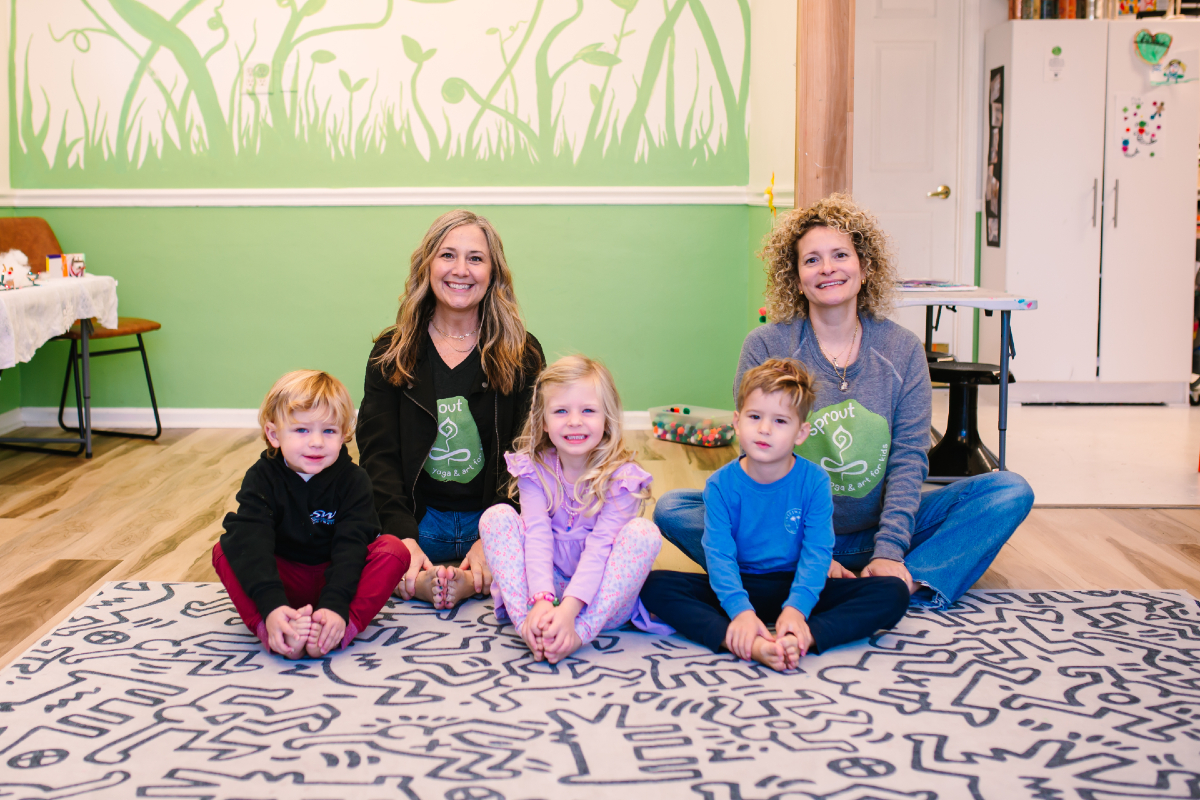 One of the biggest issues facing parents today is limiting screen time. It can be hard to keep our children away from the glow of a tablet, phone, or television. Luckily, there are outlets for yoga and creativity like Sprout Yoga & Art for Kids in Wrightsville Beach.

Owner SHANNON AGEE has been building, dreaming, and working with her hands since she was a kid, and her love for all things imaginative has followed her throughout her life to where she is now…a love she wanted to instill in future generations.

“I became interested in teaching when I was in high school,” says Agee. “I had a phenomenal art teacher who inspired me greatly. I received my first bachelor’s degree in studio art from UNCW. Soon after graduating, I was offered a job teaching middle school art near Blowing Rock, NC, and subsequently returned to college for a second degree in elementary education…this time from Appalachian State.”

During her twelve years in the N.C. public school system, she taught art for kindergarteners through eighth grade, kindergarten and first-grade classes, and tutoring. She had also been practicing yoga since she was in college.

“Merging of the two was seamless and just made sense,” she says.

It wasn’t long before Agee felt as though something was missing. “One of the many reasons for starting Sprout was because I knew I would not be able to create the studio environment that I wanted for the children as long as I was confined to a school building and stifled by a school’s curriculum,” says Agee.

“I was determined to create my own path toward becoming a business owner by combining the three things I knew best…art, yoga, and kids. It was important for me to create a place for children to feel inspired, creative, and free.”

She says finding the location on Wrightsville Beach was “pure magic.” About six years ago, she noticed a tiny building that had recently become vacant. Although very small, she was able to plan, build, paint, and create the space she had imagined for so long.

“It all just fell into place at the perfect time.”

Sprout Yoga & Art is designed to be what parents hope for when looking for an escape from the everyday rush and a return to simple, healthy learning and play.

“Most children have very full schedules including multiple sports, dance, afterschool groups, etc., but it is rare that they are offered the chance to create freely, without judgment or expectation of a specific outcome,” says Agee. “The process art activities we have available allow the children to lead the narrative…to make what they are inspired to make on that particular day. Some children struggle with this type of freedom. Some may take a little longer than others to figure it out.”She says that when a child makes something that was created in their own mind, with their own hands, they feel confident and empowered.

“The same idea can be said for practicing yoga. Learning to focus, tuning out the world, and mastering a difficult pose over time, all lead to so many positive attributes such as self-esteem, strength, flexibility, and improved emotional regulation. Plus…it’s fun!” she says.

Sprout offers after-school sessions throughout the school year as well as day camps during school holidays.

“We also have toddler playgroups, birthday parties, and unique summer camps,” she says. “I am so lucky to have my friend, MEGAN CALABRIA, working with me, as well. Being a preschool teacher for many years, Megan is the perfect addition to the Sprout family.”