Several women have set up shop or taken over ownership of downtown art galleries recently.

AMY GRANT, owner of ART IN BLOOM, 210 Princess Street, held a grand opening in early October. The building is newly renovated from what used to be a stable built by the Quinlivan family in 1910. “When I bought the land, I had no clue what would be there,” says Grant, who kept the stable theme throughout the gallery by incorporating shadowboxes that display parts of the original building.

The art gallery, which was previously owned by Joan and Mike Loch, continues to offer pieces made in the U.S. 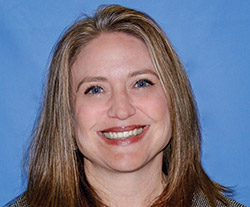 She is scheduled to start January 4.

In her position, she will “oversee the central office of Information Technology Services (ITS), providing leadership over technology services that support academic research, classroom activities, distance education, application support and development, infrastructure and information security,” according to a news release.

Wilmington attorney JILL PETERS was elected a fellow of the American College of Trust and Estate Counsel.

Peters, a member of the trusts and estates team at Smith Moore Leatherwood’s Wilmington office, is one of fifty-nine fellows from North Carolina, of which only fourteen are women.

“I am honored to be selected as a Fellow by the prestigious American College of Trust and Estate Counsel and look forward to the opportunity to serve the organization,” she says.

The American College of Trust and Estate Counsel is a professional organization made up of about 2,600 lawyers. To join, they are nominated by other fellows after meeting criteria for membership and are reviewed by state and national selection committees before being considered for inclusion by the group’s regents.

They are chosen on the basis of experience, professional reputation, and ability in the areas of trusts and estates, officials say. Contributions to the fields through lecturing, writing, teaching, and bar activities also are considered. 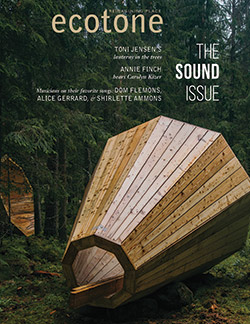 Two Wilmington groups recently received grants from the National Endowment for the Arts.

The CUCALORUS FILM FESTIVAL and University of North Carolina Wilmington’s ECOTONE publication were among the sixteen nonprofit organizations in North Carolina awarded a total of $320,000 from the NEA in December.

Cucalorus will receive $25,000 to support the twenty-second festival later this year.

And $10,000 will go to the journal Ecotone, a semiannual literary magazine.

“As Ecotone begins its eleventh year in print, we’re incredibly thankful for the support of the NEA,” Editor Anna Lena Phillips Bell says. “This award means we can offer increased payment rates to our 2016 contributors. And it will help us bring the magazine to conferences and festivals, where I’m excited to share our just-released Sound Issue.”

That issue includes its first-ever audio sampler and several highlights about North Carolina.