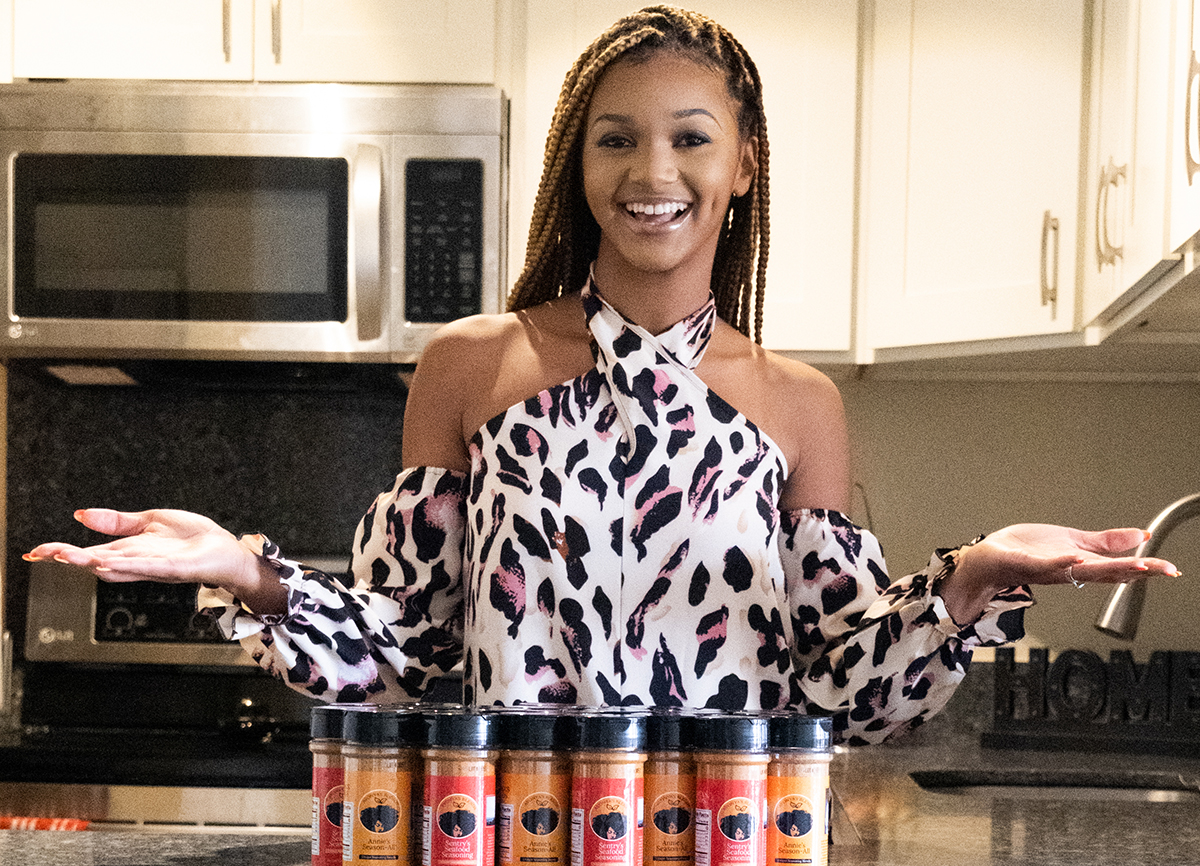 EMILY JEFFERSON didn’t expect to find herself running her own spice company, but these days, the title of chief executive officer suits her.

Born and raised in Wilmington, Jefferson is the owner and founder of Avonya’s Blends.

“From the beginning, as far back as I can remember, I loved cooking,” she says. “From a very young age, I remember experimenting in the kitchen throwing things together to see how it would come out.”

Seasonings were not a specialty of Jefferson’s until a food allergy put her on the hunt for the culprit, and it turned out to be one of the ingredients not listed in common spice blends.

“Rosemary is a commonly used herb in spice blends and commonly used herb in seasonings, but I did not know what I was reacting to because it didn’t have it listed in the ingredients list,” Jefferson says. “It wasn’t until I was personally cooking with rosemary, and when it gave me a reaction, the lightbulb went off.”

After then feeling limited by the seasonings she could use, Jefferson began making her own spice blends to flavor the foods she loved without the possibility of an allergic reaction. But starting a business was not on her mind.

“I was just making them my own, something just for fun for me to use at that point,” Jefferson says. “When I thought that maybe I could sell it, I tested it at my church’s chicken and rice fundraiser. I got all positive feedback, and people kept coming back for seconds.”

It was then that Avonya’s Blends was born. (Avonya is Jefferson’s middle name.)

“It’s not your typical blend. In comparison to other seasonings on the market that one could say, ‘I don’t know what’s in that,’ I list mine. I really take a lot of pride that it doesn’t taste like others on the market,” Jefferson says. 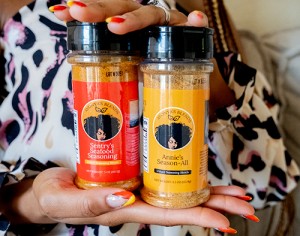 Sentry’s Seafood Seasoning was created in honor of Jefferson’s father, James “Sentry” Dixon, to whom she credits for her love of cooking and seafood. Jefferson recommends this blend for all seafood dishes.

“It’s delicious for crab boils and seafood boils and to pour over corn and potatoes. It’s much better than Old Bay,” Jefferson claims. “It is not overpowering, and it is low sodium.”

During the beginning of her business, in early 2021, as Jefferson spent hours each day hand bottling individual bottles of seasoning in her kitchen, she approached leaders at Genesis Block to help her business grow, but they encouraged her to streamline before branching out into stores.

Once Jefferson acquired the help of a manufacturer, she returned to Genesis Block, which then helped her secure a contract to put Avonya’s Blends in all Lowes Foods grocery stores in the Wilmington area.

“Sales in the store are going very well. At one point within the first few days in one store, they were down to their last bottles, but they have been restocking,” Jefferson says.

In the future, Jefferson wants to expand to stores such as Target and Whole Foods while continuing to build out her e-commerce site (avonyasblends.com).

The local entrepreneur is also a newlywed, marrying her Marine husband in December and relocating to Hawaii.

“I may not be physically hands-on in terms of distribution, but it is a local business to Wilmington, and it will always be local to me even though I, personally, am not local,” Jefferson emphasizes.

Jefferson has been traveling back and forth every few months to check in on production, and she manages the business from Hawaii as a full-time job. While in Hawaii, she has been inspired by the fresh flavors but does not think it will influence many of her spice blends in the future.

“I have unintentionally been learning from the culture here. The Hawaiian food is delicious, but I don’t think I’d release a Hawaiian Avonya’s Blends out of respect for their culture,” Jefferson explains. “I stay in my lane.”

That lane is one of growing a business that brings her joy.

“Avonya’s Blends is still a new business to be expanding and growing,” Jefferson says, “and I really take pride in it because people really love my product, and that keeps me going.”