Hot Fun in the Summertime 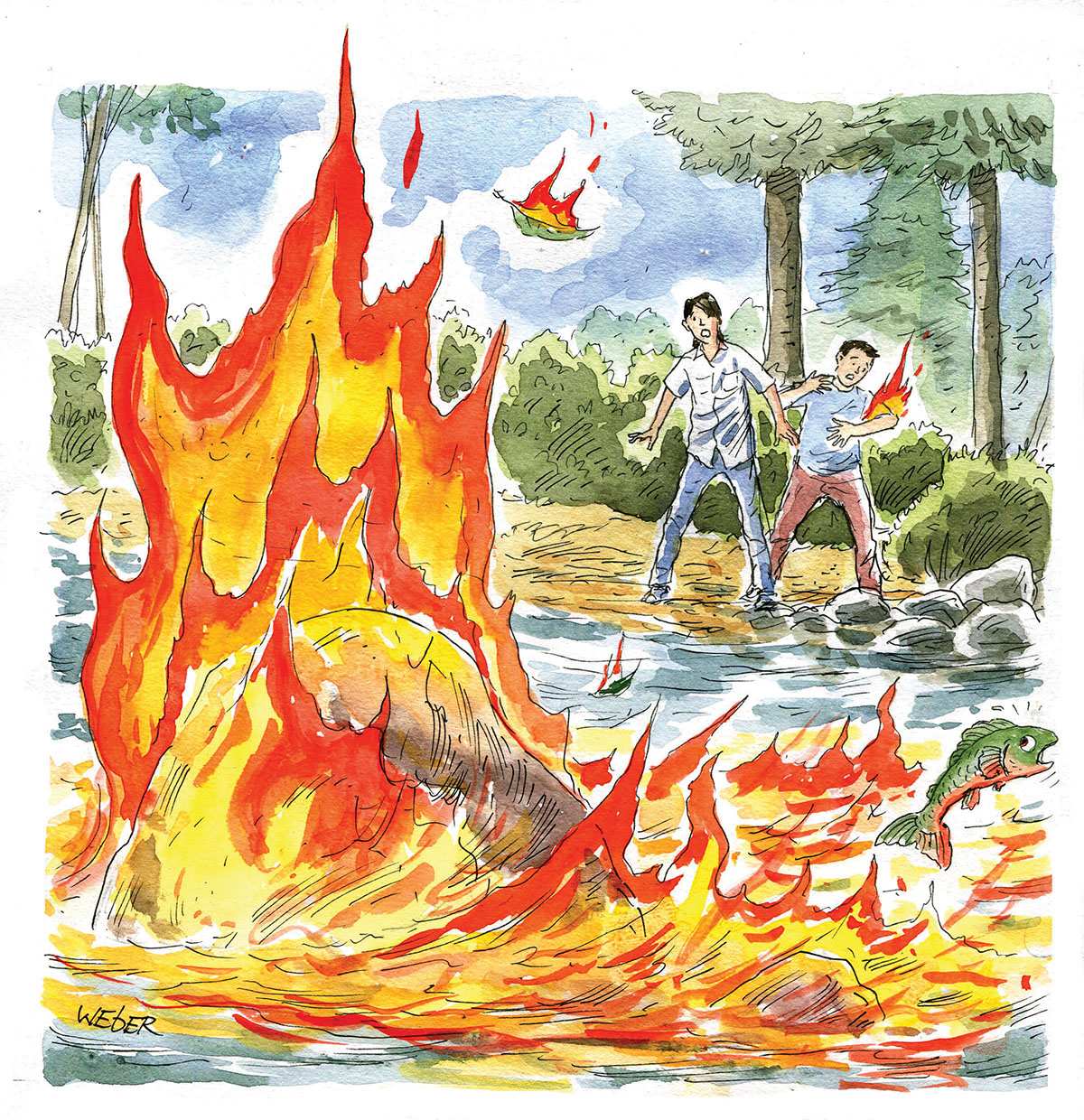 When June arrives, my thoughts drift back to a warm summer afternoon when I was thirteen, and the kid next door and I nearly wiped our neighborhood off the face of the earth.

I was in the basement listlessly playing Atari when there was a knock at the front door. I was surprised to see Jeff. We’d fought as kids and had learned to keep our distance.

“Wanna see something cool?” he asked.

I should’ve gone right back to Frogger, but boredom’s siren song is seductive when you’re thirteen, so I followed Jeff to his carport instead. His parents weren’t home either. On a workbench stood six glass Mr. Pibb bottles duct-taped together. I watched mesmerized as Jeff filled each with gas meant for the mower. 16 ounces times six bottles equaled way too much freaking gas. Jeff told me he’d just watched a World War II movie where the resistance lobs Molotov cocktails at Nazi tanks.

“Wanna watch me blow something up?” Jeff asked. “Can’t get in trouble just for watching.”

Jeff and I had our issues, but I had to admit he was a skilled rhetorician. So we set off, reeking of gas, for the creek on the far side of our neighborhood. We’d played there often as boys. Now we returned, not to climb trees or hunt turtles but to revel in the pleasure primeval of the young teen male: pyromania.

Jeff eyed a tree stump, but I suggested a boulder in the creek, so the explosion would be contained by water. Jeff may have been a maniac, but he knew a good idea when he heard one.

I kept my distance, as if staying 20 feet from Jeff would limit my culpability if things went south. But Jeff’s Pibb bomb was too awkward for one person to both hold and light.

Well, I definitely hadn’t walked all that way not to watch something blow up. So Jeff and I counted down from ten, I lit Jeff’s doomsday device with a plastic lighter, and Jeff heaved it toward the boulder. A sonic wave passed over us, my ears popped, then a wall of flames rocketed three stories into the summer sky. The boulder was engulfed in fire, but so was the water. We watched in horror as flames crept toward shore. Gas burns on water. How had we forgotten that? Hadn’t some river in Ohio burned for months? We glanced around desperately at the brush and leaves, dry and brittle after a week without rain. Jeff’s panic mirrored mine. We were about to be grounded for the rest of our lives.

But we got lucky instead. The gas burned off before flames could reach land. Within minutes, the only evidence of our near apocalypse was the toasted tips of a few branches overhead. Jeff and I walked home in a daze. We said silent prayers of gratitude. Swore each other to secrecy. I vowed to never again hang out with Jeff. I was done with danger.

But the following year, I succumbed to a temptation even more dangerous, even more mercurial, even more potentially devastating than pyromania. That was the summer I finally discovered girls.