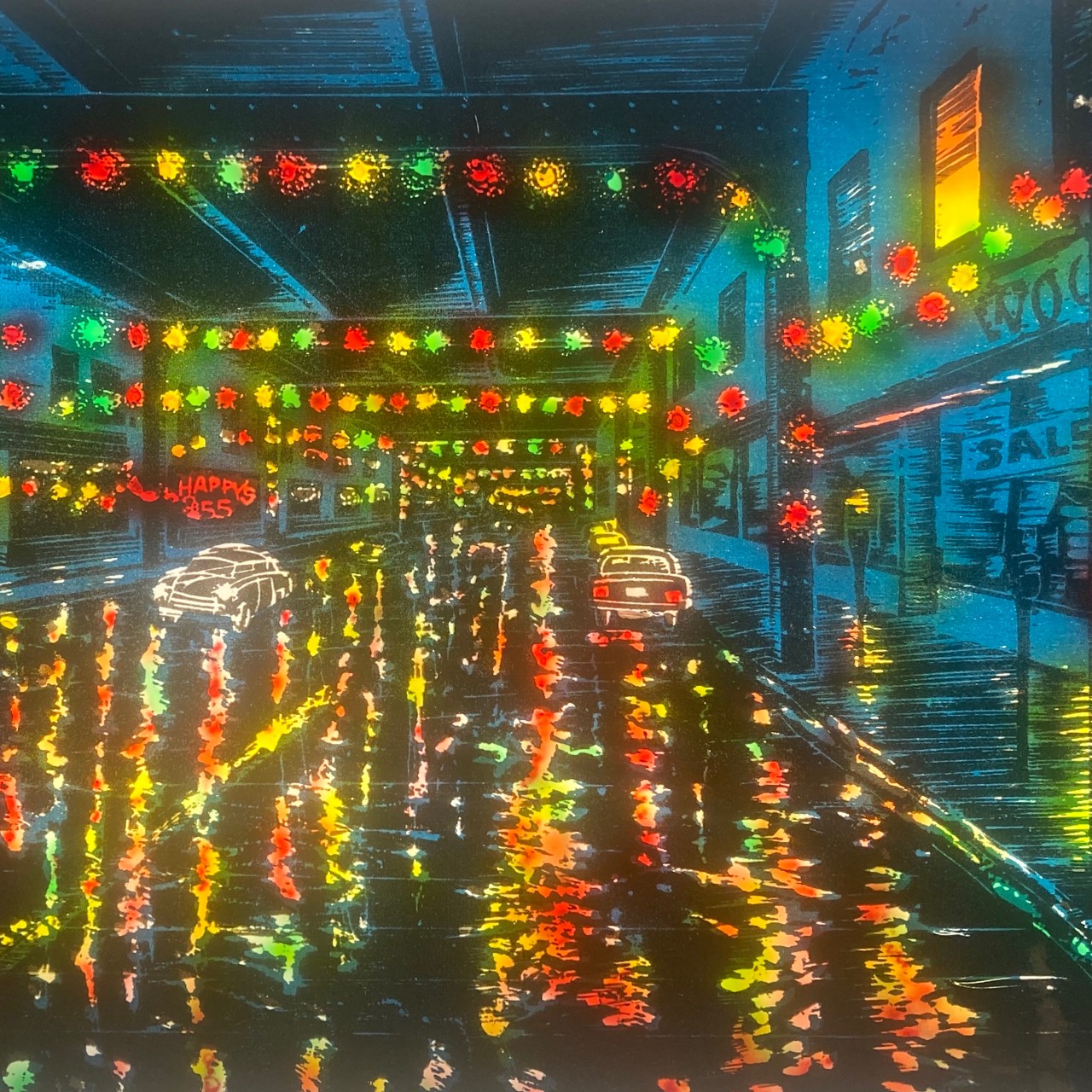 “Xmas Eve on the Ave” color woodcut by Tony Lazorko

For anyone looking for an extra dose of holiday spirit, local indie musician and singer-songwriter Justin Lacy has answered the call with “The Clamplamp Parade, A Holiday Compilation, (Do Not Gather, 2020).” Released on Dec. 8, the album features 11 original holiday tracks from North Carolina artists.

“Just being in touch with all these musicians and sharing the experience of making and releasing this album has made me feel so much more connected and less of a hermit,” Lacy says. “I definitely needed something like this to help me feel included in a community, which I’ve been really missing without live music.”

“The Clamplamp Parade” also features about 50% female songwriters, from Asheville’s ANNIE JO BUCHANAN (“In These Lights”) and NICK LAZARKO of Circle Verse (“Luminarias”), to Chapel Hill’s EMMA NELSON (“Christmas Song”) and Durham’s AUTUMN EHINGER of Moon Racer (“Maybe This Will Be The Year I Move”), to Wilmington’s BILLY HEATHEN (“Is this Still…”) and SARAH ROYAL of Library Baby (“Can’t Sleep”).

AMANDA KING and her Wilmington band Tumbleweed contributed “Devine” to the mix, which basically asks, “Are you (Jesus) really divine?” 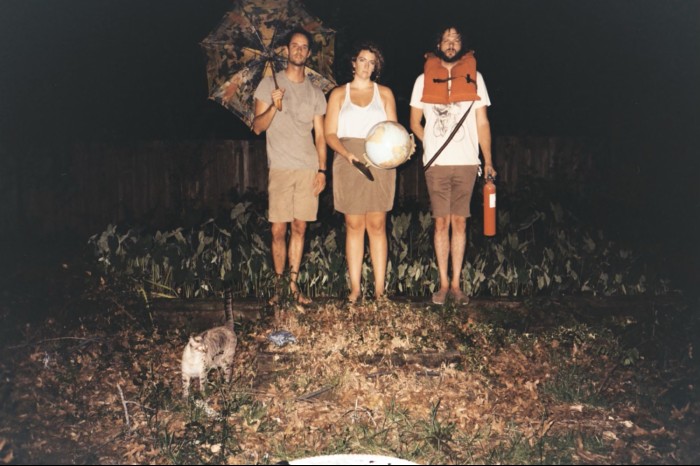 “I have always loved Christmas and the big questions of life like, how did we get here?” King says. “So the story of God being born on Earth has always been intriguing to me. . .. It’s a child-like curiosity and boldness to ask one of the oldest questions on Earth.”

Lacy and friends, of course, wrote and recorded all the songs remotely, using whatever they had at home; even if just a quiet closet and iPhone (Buchanan’s “In These Lights”). King describes a sort of round-robin of recording, mixing and engineering, learning new skills along the way.

“We normally record with Plug Point Studio with Holt Evans (our musical godfather). This time I recorded the idea on an iPad with Garage Band, sent it out, had everyone think of ideas,” King says. “It was a fun push for us to get outside our comfort zones and grow as a recording band.” 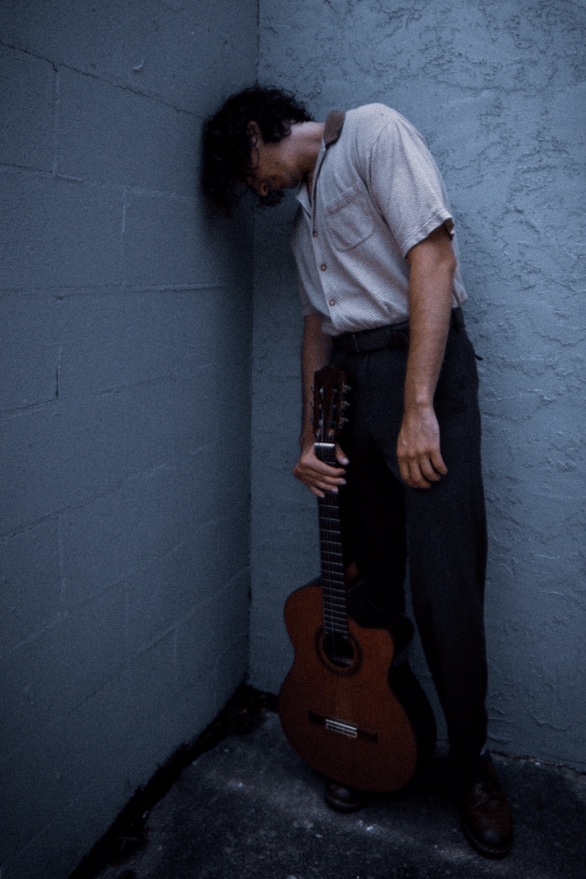 Lacy’s “Newport Christmas Parade” features him on most instrumentals, save for drummer Jon Hill, and is a personal Christmastime tribute.

He wrote the tune in 2018 based on a letter from his mother depicting her childhood Christmases in 1960s’ Newport, North Carolina, with her father, Leon Mann Jr. A larger-than-life figure, Mann served as town mayor, volunteered with Coastal Community Action to fight poverty, and the Morehead City senior enrichment center is named after him.

“Granddaddy passed away when I was very young, but he’s kinda something of a small-town folk hero, at least in my imagination,” Lacy explains. “My grandfather was easily recognizable in the cold months by his giant, custom-made Russian fur cap, and he was suspected of buying gifts for families who couldn’t afford to, anonymously dropping them off at folks’ doorsteps. . .. I worked those details (from the letter) into a Christmas song, hoping to evoke that suspicious part of childhood Christmas when you start to question some actions of adults, and the quaint vibe of a small town.”

Lacy mastered and sequenced tracks as everyone sent them in November. The result is exactly what Lacy had in mind to capture 2020: a homemade, not-quite-perfect album with rough-around-the-edges charm.

Songs like “Christmas Wish,” by Wilmington band Color Temperature captures the ongoing existential dread of 2020 (“What’s gonna be my Christmas wish, if I make it to the end of the year that is”) while gently packing it with hopeful beats and notes.