paws4people trains dogs to assist those in need 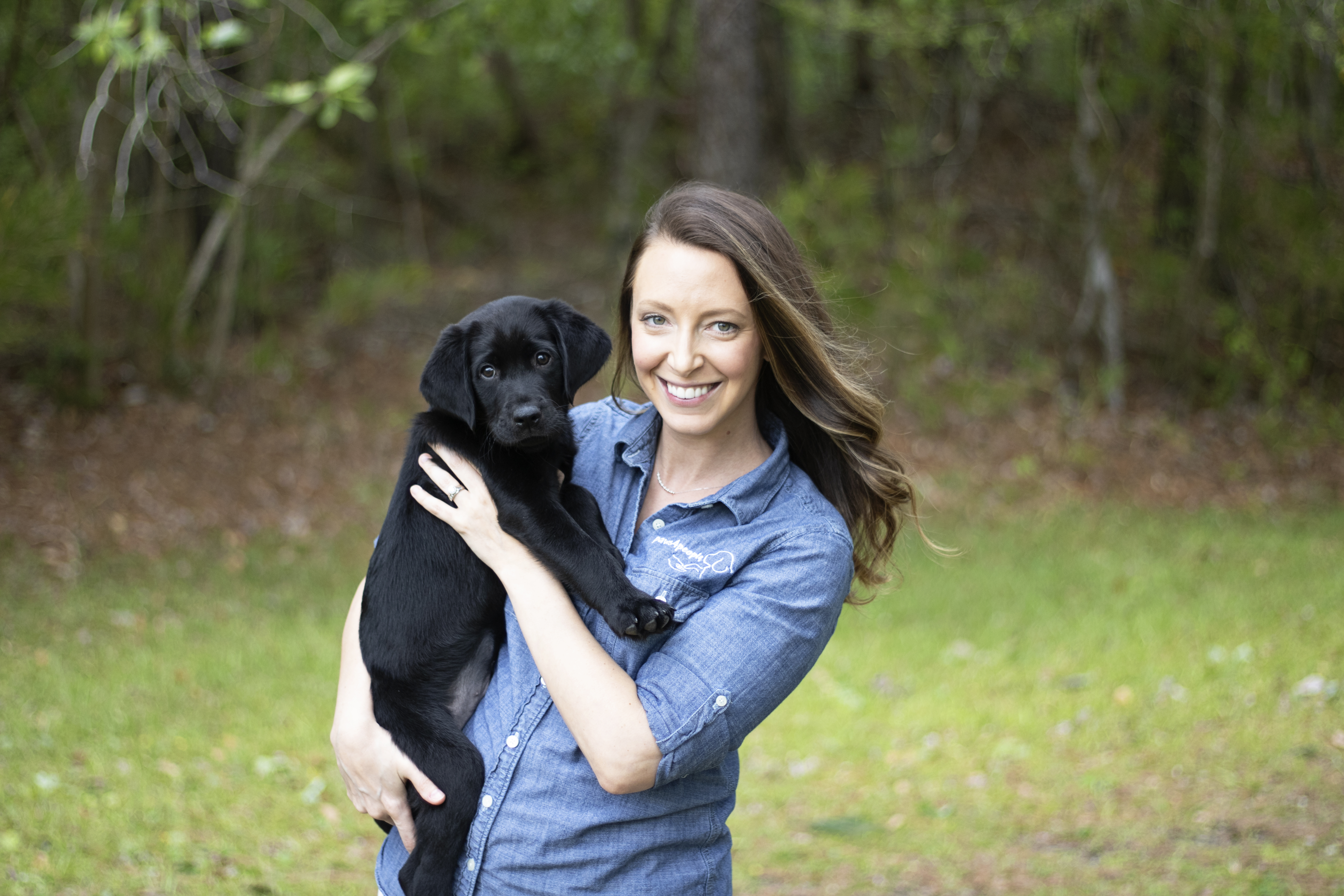 What started as a passion for KYRIA HENRY has turned into a career and the creation of a one-of-a-kind program at UNCW. Henry is the founder and executive director of paws4people, the mission of which is “educating and empowering people to utilize assistance dogs to transform their lives.”

paws4people provides highly trained assistance dogs to people with disabilities. The organization also provides trained facility dogs — dogs that work with a professional and are utilized in that person’s career — to specific individuals to use in a variety of ways, such as working with students with special needs and supporting individuals with medical-related disabilities.

Henry’s father, Terry Henry, wears a number of hats with the organization, including deputy executive director of operations and finance. He’s been training dogs for more than 40 years. After his 1987 discharge from the military, Terry has tried to mitigate his symptoms of complex/chronic post-traumatic stress. In 1999, he began training his own psychiatric medical alert assistance dog to help.

Kyria Henry grew up in a house with dogs, but in her mind, they were pets, not working animals.

From middle school through college, she worked with a certified therapeutic facility and educational facility dogs in nursing homes, hospitals, and special education classrooms. She wanted to explore moving from the pet culture she grew up with to use the dogs in a different way.

“It started as a passion and I wasn’t sure if it would evolve into more than that, if it would become a livelihood and a career path,” Kyria Henry says.

She’s grateful it did.

paws4people was started in northern Virginia when she and her dad wanted to explore therapeutic interventions with their dogs. They wanted to work with the geriatric population and students with special needs. When they began to look for resources that would allow them to formalize certification and complete other necessary tasks to offer these services professionally, they couldn’t find any. So, they decided to create them, “so we weren’t sneaking dogs into places.”

Therapy dogs are typically well-trained, sweet-natured, friendly dogs who are, first and foremost, pets. Their family trains them and has them certified via a therapy organization, and therapy dog teams are most often volunteers. Therapy dogs don’t have public access, with or without their handler, and they may only enter buildings (that don’t allow all pets to enter) with a direct invitation to the dog and handler or to the therapy dog organization.

Henry sees paws4people’s evolution as a series of milestones: Initially, it was a passion, using dogs therapeutically and working with people who owned their own dogs and wanted to use them to help other people; paws4people trained the dogs and owners so they could use the dogs in different therapeutic outlets.

At college in West Virginia, Kyria Henry went to prisons three times a week to teach inmates how to train dogs. Thus, began phase two of the organization, the prison training programs, where inmates learned to train service dogs from birth to have a job and to be assigned to a single person. She saw what that population was gaining interpersonally by having the experience of working with dogs and caring for something and then giving it away.

“And I thought that another demographic that could really benefit from that was the undergraduate population, so they could gain some hands-on philanthropic experience before they went into a career path,” she recalls of the next organization iteration.

In 2011 paws4people partnered with UNCW to offer the first university service dog training program. The four-course program was two years in development and provides students with experience training and using service and therapy dogs. The program is aimed at showing students how dogs can be used in clinical and educational practices to mitigate symptoms of a number of challenges, such as post-traumatic stress disorder, traumatic brain injury, and behavior disorders as well as in individuals with physical disabilities. Some of the people the dogs help are veterans and children.

The partnership with UNCW, Kyria Henry says, “allowed us to grow even larger and establish roots here in Wilmington.”

The next major organizational growth spurt occurred in 2018, when paws4people acquired its first 11-acre campus, called ADDIE’S Way® (named after one of the four original dogs who started the paws4people foundation), in Castle Hayne.

“That’s changed the complexion of the organization a lot,” Kyria Henry says. “We have a home base, we have offices, we have a breeding facility, we have a place for clients to come train. So, we’re no longer just community-based, we have our own headquarters.”