The renovation of Castle Street's firehouse 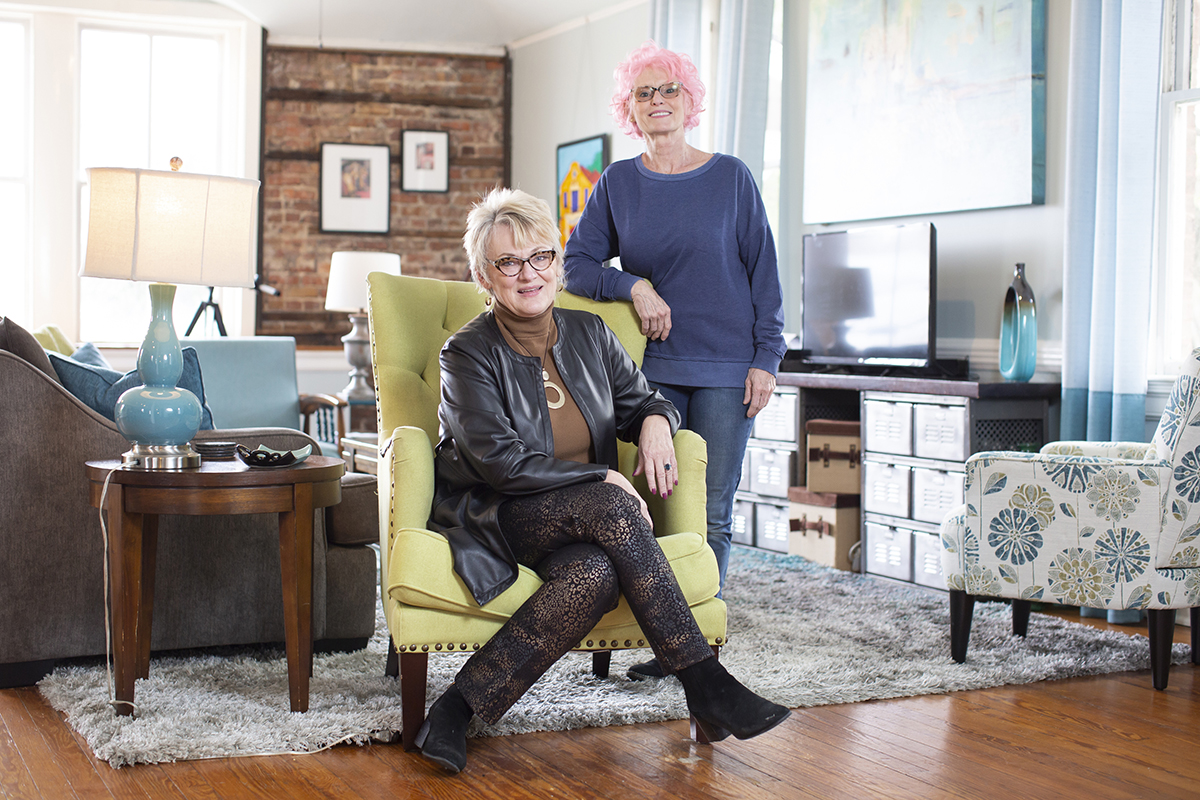 The historical building’s story continues to be updated through renovations and starring roles.

TERRY ESPY, commercial real estate broker and president of MoMentum Companies in Wilmington is a passionate hands-on advocate for the revitalization of Wilmington’s downtown districts.

“Early in my life I learned the importance of taking historic properties and evolving them into something functional and beautiful,” she says. “My father was an extreme preservationist. For him, restoration was almost an addiction.”

Espy’s father was the president of the Horry County Historical Society in South Carolina for years. He often took Espy on archaeological digs and adventures to historic buildings, ingraining the notion that properties deserve to be brought back to life and opened to the public so everyone can enjoy them.

“My mother was the ultimate designer,” Espy says. “She was avant-garde for her time, a Renaissance woman with a master’s degree in home economics who married at the age of thirty after enjoying a career. She was a good example of how to set your sights and go after what you want.” 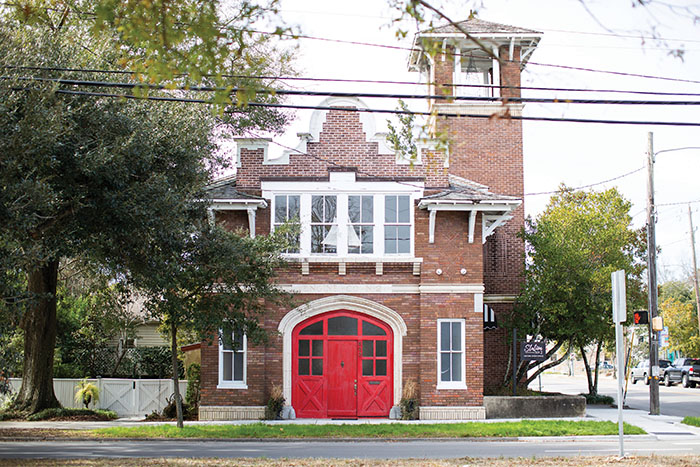 In 2015, Espy and her husband, JOHN SHARKEY, took a soul-searching trip out west to make decisions about their future after enduring a downturned economy that impacted their businesses. They stopped in Santa Fe, New Mexico, to visit friends scenic artist RICK MOBBS and his wife, NAOMI SWINTON. The couple, owners of the historical firehouse on Fifth Avenue and Castle Street in Wilmington, had decided to stay in Santa Fe and needed someone to take over rental management of the building.

The firehouse, Engine Company 2, was originally home to six men, two horses, and a two-horse hose wagon when it began operations in April 1915. In 1918, the horses were retired, and in 1956 the crew relocated to the fire department’s headquarters station on Dock Street.

Espy and Sharkey made the commitment to their friends to renovate the firehouse into a short-term rental.

Espy is a graduate of the University of South Carolina with degrees in biology and music. Taking a job with Delta Air Lines moved her around the country, eventually to Raleigh, where she raised her three sons for seventeen years. Renovating houses on the side led to starting a design firm that grew to 2,000 homes a year.

“I learned that bigger is not always better. I was not happy just running a business without doing the creative,” she says.

“The name clearly says MoM. I made a career out of being a mother, taking care of details,” she says. “Being successful in development and commercial brokerage requires guiding clients through the minutiae.”

The firehouse was in fragile condition from long-term renters’ lack of care and roof leaks when Espy took it over.

The renovations became a family affair. Four months of hard work by herself, her husband, and sons resulted in the one-of-a-kind, 1,709-square-foot suite on the upper floor of the firehouse.

“We all got down and dirty. It was hard work, but restoration work can be romantic,” Espy says.

A peek inside the second-floor suite reveals a charming airy vibe. Espy describes it as industrial and light.

“The height of the ceilings and the huge windows give it dramatic presence,” she says.

The open floor plan is spacious, and the kitchen is modern. Understated historic details abound throughout. The master bedroom, formerly the firemens’ locker room, incorporates three of the original wooden lockers built by the firemen as a platform bed. Three locker doors are the headboard.

The lower floor is an events space appropriately named Station No. 2 available for weddings and corporate parties managed by Espy’s sister, DONNA WALLIN.

The property has received television airplay. It most recently had a recurring role in the Fox TV drama series Our Kind of People as the home of the lead character. Espy frequently gets calls from producers, directors, and actors interested in leasing the space for their own stay when filming in Wilmington.

“The old girl is quite a celebrity herself,” she says about the building.

The historical firehouse is currently under consideration for recognition as a state landmark. “We’re almost there,” Espy says. “Our goal has been to make the property available for the public to enjoy, whether for an intimate wedding or a family stay in the suite. We are committed to ensuring this beautiful old girl will be around for another century for all to enjoy.”