A tasty fundraiser returns for the holidays 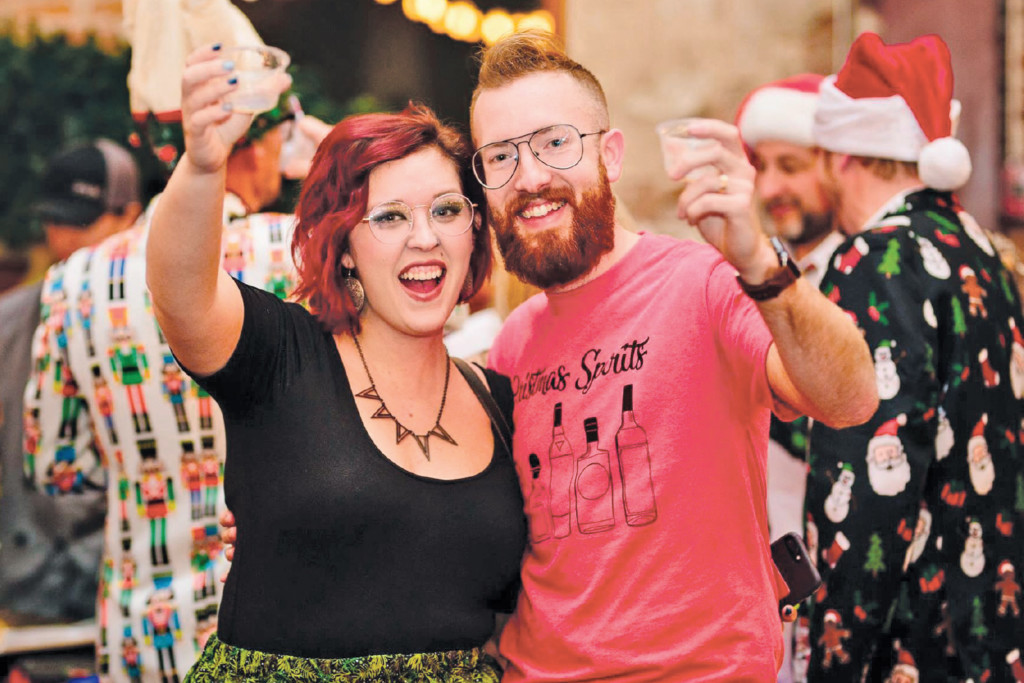 Fra-gee-lay” – it must be Italian for encore magazine’s 12 TASTES (OR MORE!) OF CHRISTMAS event.

Featuring more than thirty local restaurants, breweries, and the like, the holiday fête December 12 is a chance for guests to sample what Wilmington’s food and beverage scene has to offer. This year’s theme is based on the popular holiday movie A Christmas Story.

“(Attendees) will eat and drink their way through upward of thirty-seven eateries and drinkeries in the area, all of whom will create special items specific to this event,” says encore editor SHEA CARVER.

Participating establishments will vie for best sips, best bites, and best-decorated booth as voted on by guests. Meanwhile, partygoers can compete in a costume contest – based on the night’s theme – for a chance to win tickets to a show next year at CFCC’s Wilson Center.

Proceeds from the event will benefit NourishNC, which helps fight childhood hunger in the area.

“We feel NourishNC is the perfect beneficiary for this event as they help feed hungry New Hanover County students through their numerous outreach programs,” Carver says. “Proceeds from this event specifically will help them feed families over the holidays while students are out on break.”

The brainchild of former WILMA co-editor and art director NINA BAYS COURNOYER and photographer KATHERINE CLARK, the event began in 2013 as an annual fundraiser for the Cape Fear Literacy Council, ending when Bays Cournoyer moved to Los Angeles. Carver says she got permission to resurrect the event last year.

In 2018, the event was expanded from the original 12 Tastes of Christmas, so that more than a dozen establishments could participate.

“We relaunched it with much success to (National Lampoon’s) Christmas Vacation theme, with proceeds benefitting DREAMS (of Wilmington) in 2018,” Carver says.

This year, guests can sample a variety of tastes and treats from places including Wake N Bake Donuts, True Blue Butcher and Table, New Anthem Beer Project, Little Dipper, Spoonfed Kitchen and Bake Shop, and others.

12 Tastes (or more!) of Christmas will also feature raffles, carolers, and entertainment by Wilmington comedy troupe Pineapple Shaped Lamps. Voting will also be held to determine next year’s theme.

“And who knows?” Carver adds. “Maybe Santa will show up.”

The event is open to those 12 years of age and up.