Concertgoers at the North Carolina Jazz Festival in Wilmington later this month will have the chance to win a giclee print of “The Jazz Players,” a piece by MANDY JOHNSON, named the festival’s Artist of the Year.

The festival, now in its thirty-fifth year, takes place February 5-7, with evening concerts at the Hilton Wilmington Riverside. This year’s lineup includes local talent such as the Benny Hill Quartet as well as visiting artists such as Molly Ryan and Ed Polcer.

Part of the proceeds from the raffle of Johnson’s artwork will benefit jazz education workshops held throughout the year for New Hanover County students. Info: www.ncjazzfestival.com 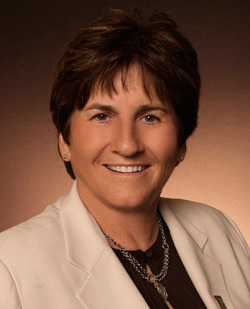 For SHERRI PICKARD, supervising a realty office is a lot like being in charge of a basketball team.

Pickard was the head women’s basketball coach and assistant athletic director at New York University, where she earned a master’s degree in business administration.

He Said, She Said – Sports Edition 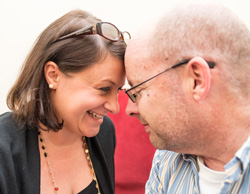 Local comedian BLAIRE POSTMAN and her sports-loving husband, GARY HAYMES, recently launched a podcast that covers what happens when comedy, relationships, and fantasy football trickle into a marriage.

The first podcast of My Fantasy Wife aired January 4, Postman says. The couple, along with sound engineer Louis Bishop and social media maven Maddy Sprenger, riff on everything from the games of the week to news to culture. But the show’s main thrust is the husband-and-wife dynamic of Postman, who would rather watch a documentary on boxing than an actual bout, and Haymes, a font of sports stats knowledge.

The weekly podcasts can be found online at www.myfantasywife.com. 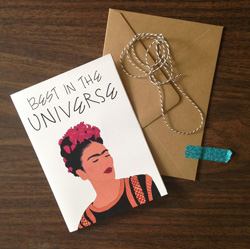 Before the holiday season, representatives from Urban Outfitters saw her online Esty store and contacted Hamilton, who started Tay Ham as a company in 2013.

A test run in the stores turned into an order for holiday cards stocked in all of the national retailers locations.

“It’s all been organic,” Hamilton says about the attention, “so I’m figuring out how to catapult it to the next level.”