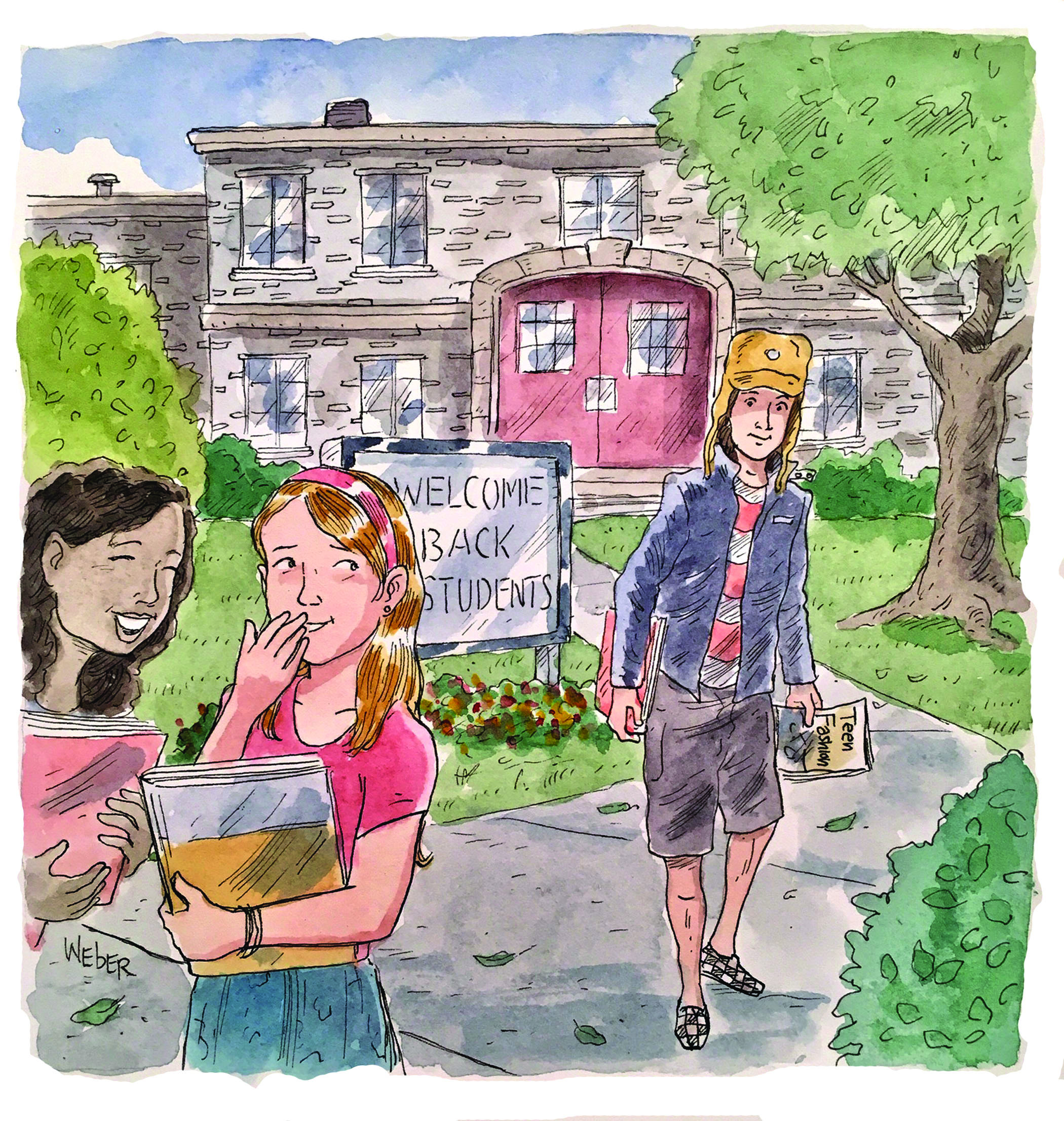 The halcyon days of summer are over, and Americans are engaged in an annual rite of passage fraught with conflict: back-to-school shopping. Watching parents and kids butt heads in department stores takes me back to the shopping battles of my youth.

As photo albums in my parents’ attic attest, to the age of ten, I cared about fashion not at all. Despite owning nice clothes, I routinely showed up to picture days in T-shirts three sizes too small featuring grotesque rips in the armpits. Threats and bribery were required to get me to the mall to shop for new clothes.

But, around sixth grade, I discovered girls. Suddenly, what I wore mattered. A lot. From then on, I was the one trying to convince my parents to take me shopping.

My first “must-have” was a Levi’s jean jacket. Even in 1980, Levi’s jean jackets were not cheap. But, I was persistent. Okay … I begged. Made solemn promises about new chores I’d take on. Took sacred oaths on the lives of future offspring.

My parents finally caved, and I was styling the next week at school. But, that Friday evening, my mom asked where my new jacket was. I broke into a cold sweat as I realized I’d left it behind on the soccer field when the bell rang. When my mom drove me back to school, the jacket was, of course, long gone.

The next year, long sleeve T-shirts from a local surf shop were all the rage. Since we lived in the suburbs of Washington, D.C., (three hours from the beach), this trend was odd, but the cool kids were wearing them, so I needed one. My parents didn’t put up a fight. Even an obscenely overpriced T-shirt was cheap compared to a Levi’s jean jacket. I guess they figured they were getting a bargain.

Checkerboard Vans hit next despite the fact that “no show” socks were three decades away, and most kids’ Vans soon reeked of foot funk. Mine never got the chance to stink, however. My feet grew so fast, I was soon forced to pass my Vans on to a lucky cousin or risk permanent podiatric disfigurement.

The following year, Members Only jackets rose to the height of middle school fashion when Jeff, a popular soccer player, began sporting a red one. Not to be a rip-off, I begged my parents for a blue one. I too wore this jacket only briefly, not because I lost it or outgrew it, but because Members Only jackets were so flash-in-the-pan trendy that Jeff soon quit wearing his, and I was forced to follow his lead or risk looking ridiculous. I crammed the fashion relic into the back of my closet and prayed my parents wouldn’t force me to keep wearing it.

While the trends have changed (except for checkerboard Vans), kids’ urgent need to follow them hasn’t. So, the next time you find yourself at the mall being guilted into spending way too much on the latest trend just so your twelve-year-old can look like some hipster on Twitter, take a breath.

It can’t be any more ridiculous than a Members Only jacket.