Rock Steady in Wilmington hits disease where it counts 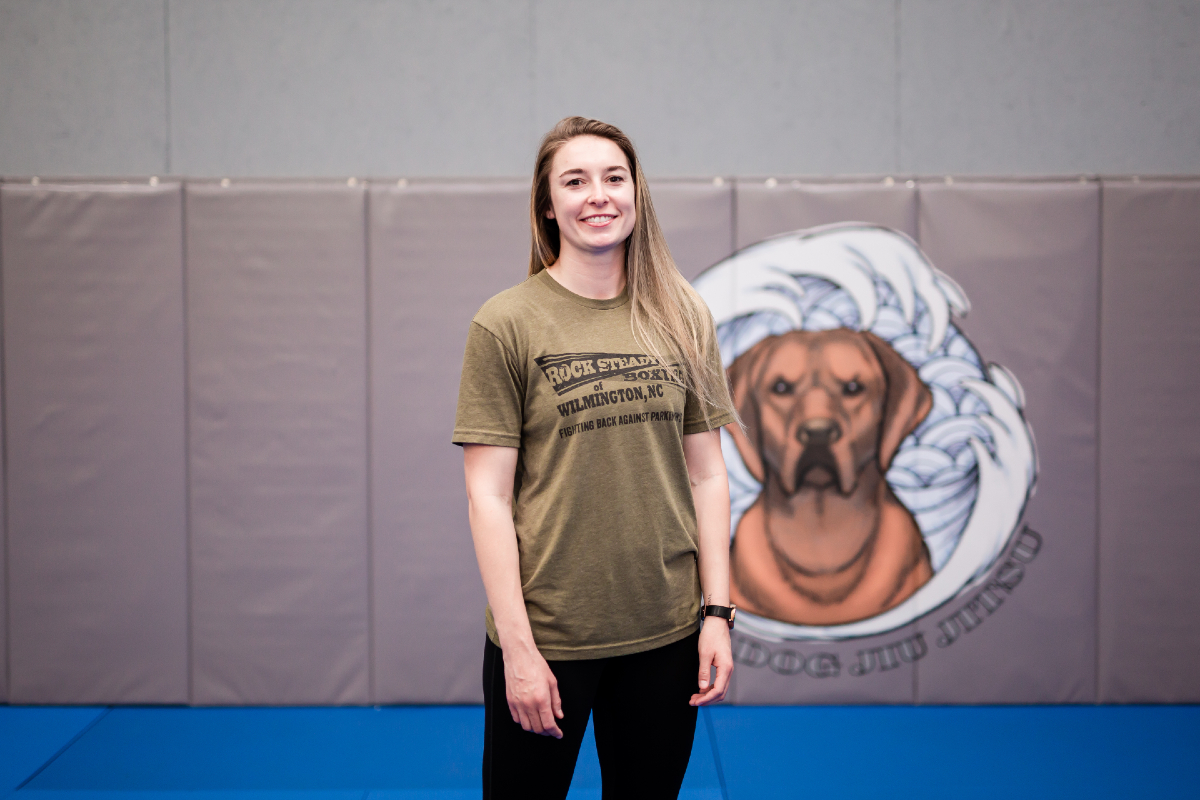 When considering treatments for Parkinson’s disease, medication and perhaps surgery may initially come to mind. Boxing may be the last to be considered, if at all. One local program wants to change that while changing the attitude toward the disease for patients and caregivers alike.

“It takes all the good stuff of boxing and hits Parkinson’s disease at its most vulnerable,” Von Rupp explains.

Parkinson’s disease is a progressive nervous system disorder that affects movement. The non-contact boxing program works on balance, hand-eye coordination, calisthenics, and strength and conditioning, addressing many of the issues Parkinson’s patients often struggle with over time.

“We do footwork and jump rope, like boxers do, even if it’s modified,” Von Rupp says. Rock Steady meets boxers where they are, modifying for those with walkers and wheelchairs. “Camaraderie is a big part of it for them.”

The gym has established strong relationships with many of the local neurologists who support the program for their patients. According to the Parkinson’s Foundation, nearly one million people in the United States are living with the disease.

“My days are spent yelling at seniors with Parkinson’s disease,” Von Rupp says. “I work them hard, so they do not focus on dwelling on Parkinson’s. They box and forget about it.”

Von Rupp says her experience working in jiujitsu has given her the “calm, cool collectedness” she needs to work with seniors.

“I like working with seniors,” Von Rupp says. “I fell into it and that’s my jam.”

This is an upbeat, positive environment that empowers them to fight back against the disease.

HANNAH MORTON, Von Rupp’s “second hand,” loves getting to know her boxers “outside the disease.”

“This is a community. They get to know each other and bump gloves,” Morton shares. “I love to be a light in their day.”

Von Rupp wants Rock Steady to share more of that light throughout Wilmington.

“Moving forward, I want to grow more. I want to be a resource,” Von Rupp says. “Awareness is key. So many are unaware of how many people (Parkinson’s) affects,” Morton adds.

While boxers are enjoying their classes, Von Rupp would like to provide a support group for caregivers to take part in and get the attention they deserve, too.

Rock Steady offers classes in two locations in Wilmington and it hopes to expand to additional locations throughout the Cape Fear region.