Gaining a foothold in films 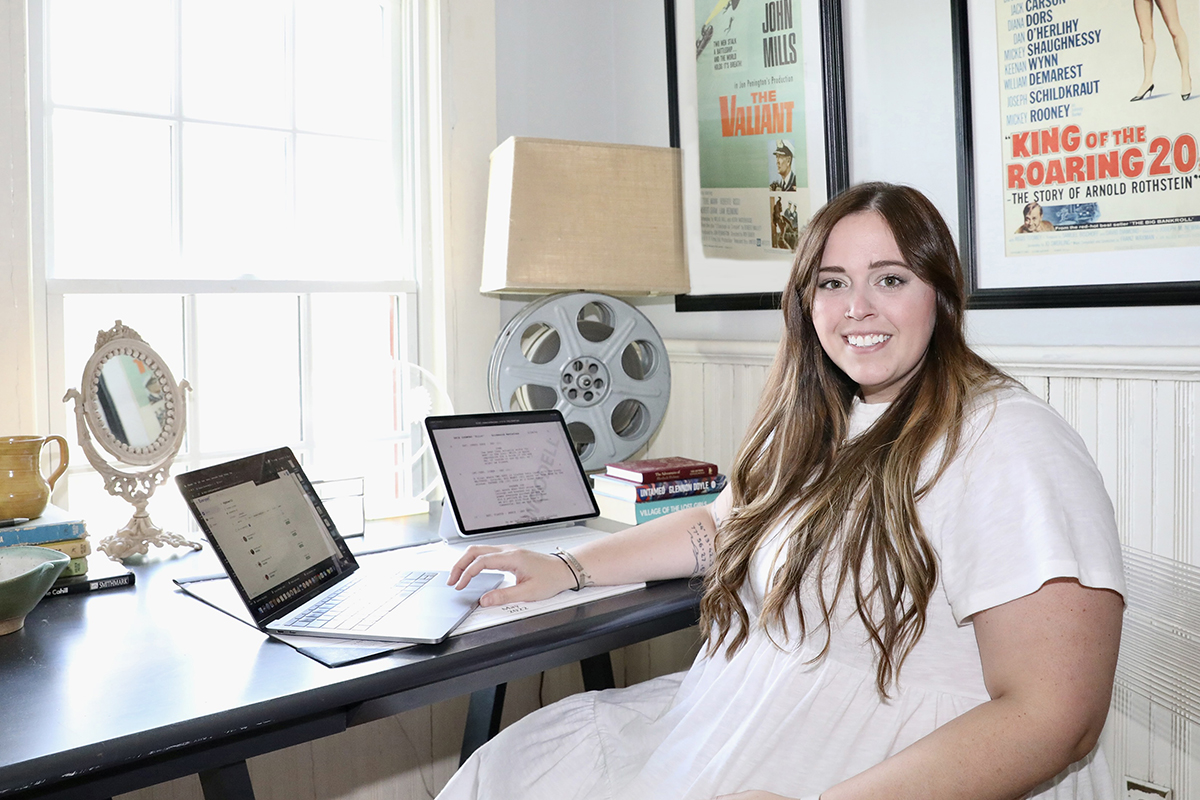 Coming off a record-breaking year for the state’s film industry in 2021, the area continues to see productions happening.

WILMA’s sister publication, the Greater Wilmington Business Journal, publishes a monthly Film Focus series about local vendors and professionals active in the film industry. Below is a recent excerpt on TAYLOR WOODELL, owner of TW Cast and Recruit LLC, a company that casts extras for local film projects. Since 2015, she and her all-female staff have placed thousands of area residents into all kinds of situations on screen.

WILMA: What are you working on now?

Woodell: “Right now, it’s High Town Season 3. I don’t know how many extras will be needed for all eight episodes, but the first two episodes have used close to 600 extras.

In the past year and eight months, my team has completed the following projects: Scream 5, Welcome to Flatch, USS Christmas, Outer Banks Season 2, Hightown Season 2, Black Phone, Along for the Ride, Our Kind of People (half of the first season), The Summer I Turned Pretty, Florida Man, Boys of Summer, and George and Tammy.”

WILMA: How did you get into this business?

Woodell: “During my senior year in the film studies program at UNCW, one of my main professors, Shannon Silva, mentioned she had a former student, Ashli Bogart, who was an extras casting director returning to Wilmington to work on Sleepy Hollow Season 2, and she was in need of an assistant. I was fortunate enough to be recommended and land an interview.”

WILMA: What is your biggest challenge?

Woodell: “No surprise: the biggest challenge has been COVID. Not only are extras already paid very little in nonunion states, but there was this weird quadruple threat we experienced.

It started with folks getting more money while on unemployment and not wanting to gamble with losing that, which anyone could understand.

Then, there was the fear of COVID exposure even with all the protocols these productions were implementing. There was also the fact that at any given time we would lose up to 30% of our extras booked for a certain day because they would have inconclusive or positive test results and would not be allowed on set. Lastly, there was the mandate of being vaccinated.

What all of these measures failed to take into account was that, simply in order to work, extras could have to test twice prior to their work or fitting date. To work one day, they had to commit anywhere from two to three days prior to working to make sure the appropriate tests – and when required, fittings – were done in the required cadence of the production. All this turned into a ‘hitting numbers’ game and took away a lot of the creative aspect of this job.”

WILMA: How has the business of casting changed?

Woodell: “I remember when I first started working, I did my casting from email submissions. I remember having to text people individually each night after wrap to get them to confirm their attendance the next day.

Now, so many things are streamlined.

Although we still communicate through email, our submission process is through a database. We can mass-source and hire folks; we can blast mass messages and communicate filming needs through a portal in an app.