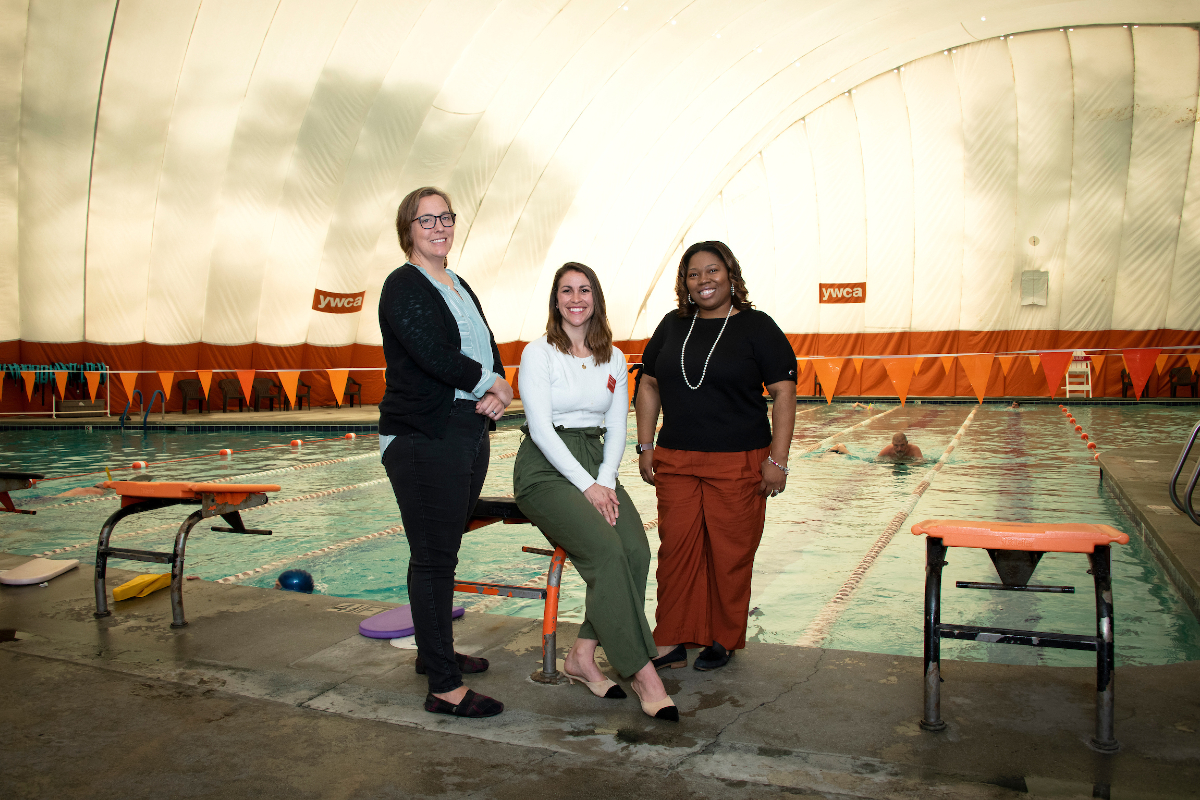 YWCA Lower Cape Fear is hoping to make a splash as part of its month of Stand Against Racism events this year. The inaugural Swim Against Racism, scheduled for April 24, has several goals: to underscore the organization’s mission of eliminating racism, to involve the community in an aquatic competition, and to showcase the YWCA’s indoor pool facility.

Anyone in the community, seven years of age and older, can participate in Swim Against Racism, which offers one-mile, half-mile, and 500-yard meets, as well as a 30-minute treading water competition in the pool’s deep end. For those who prefer to stay dry, there’s a one-mile pool walk. The cost to enter the competition is $40.

The top three male and female finishers in each event will receive awards.

“We’ll have food trucks, vendor tables, and a kids’ activity center for people who just want to come and support the event and hang out,” she says. “We are really trying to connect the (YWCA’s) aquatics members to our mission. A lot of people don’t realize the mission of the YWCA is to empower women and eliminate racism. We’re going to be doing many more events and outreach to show how we’re trying to tie our programs to our mission.”

Adding an aquatics element to its annual Stand Against Racism lineup was an idea brainstormed by D’Angelis; YWCA director of outreach, advocacy, and racial justice JHANIQUA PALMER (pictured right); and aquatics coordinator AILEEN SUTTON (pictured left). Sutton organized the event, Palmer made sure it aligned closely with the organization’s mission, and D’Angelis is charged with getting the word out.

“It’s important to see that (what we do) is a team effort; how we’re trying to cross-promote what we do,” D’Angelis says.

There’s a racial equity current to the YWCA’s aquatics programs: for many years in Wilmington and elsewhere, swimming pools were for white people only.

“In Wilmington . . .  the African American community did not have access to pools because of institutional and structural racism – not because they didn’t want to swim,” says D’Angelis. “We have programs and instruction for anyone: adults and children. In a community surrounded by water it’s very important that people know how to swim.”

The overall theme for this year’s Stand Against Racism, which runs begins April 4 and continues through the month, is “We Can’t Wait: Equity and Justice Now.” The theme was created by the national organization, YWCA-USA, and has been adopted by all the regional chapters, according to D’Angelis.

The YW’s annual Potluck for Peace will once again be part of the Stand Against Racism calendar.

“It’s the twelfth year, although Potluck for Peace was held virtually the past two years,” D’Angelis said. “Now it’s back in person, April 21 from 5:30 to 7:30 p.m. at Wrightsville United Methodist Church. Joseph Conway, New Hanover County’s diversity and inclusion officer, is the guest speaker.”

Many of the other elements of this year’s Stand Against Racism campaign are designed for participants to experience on their own. YWCA USA has created an app, Stand Against Racism Challenge, that presents a series of activities for the month, organized into four weekly themes. The activities consist of listening to a podcast, reading an article, and reflecting on personal experience.