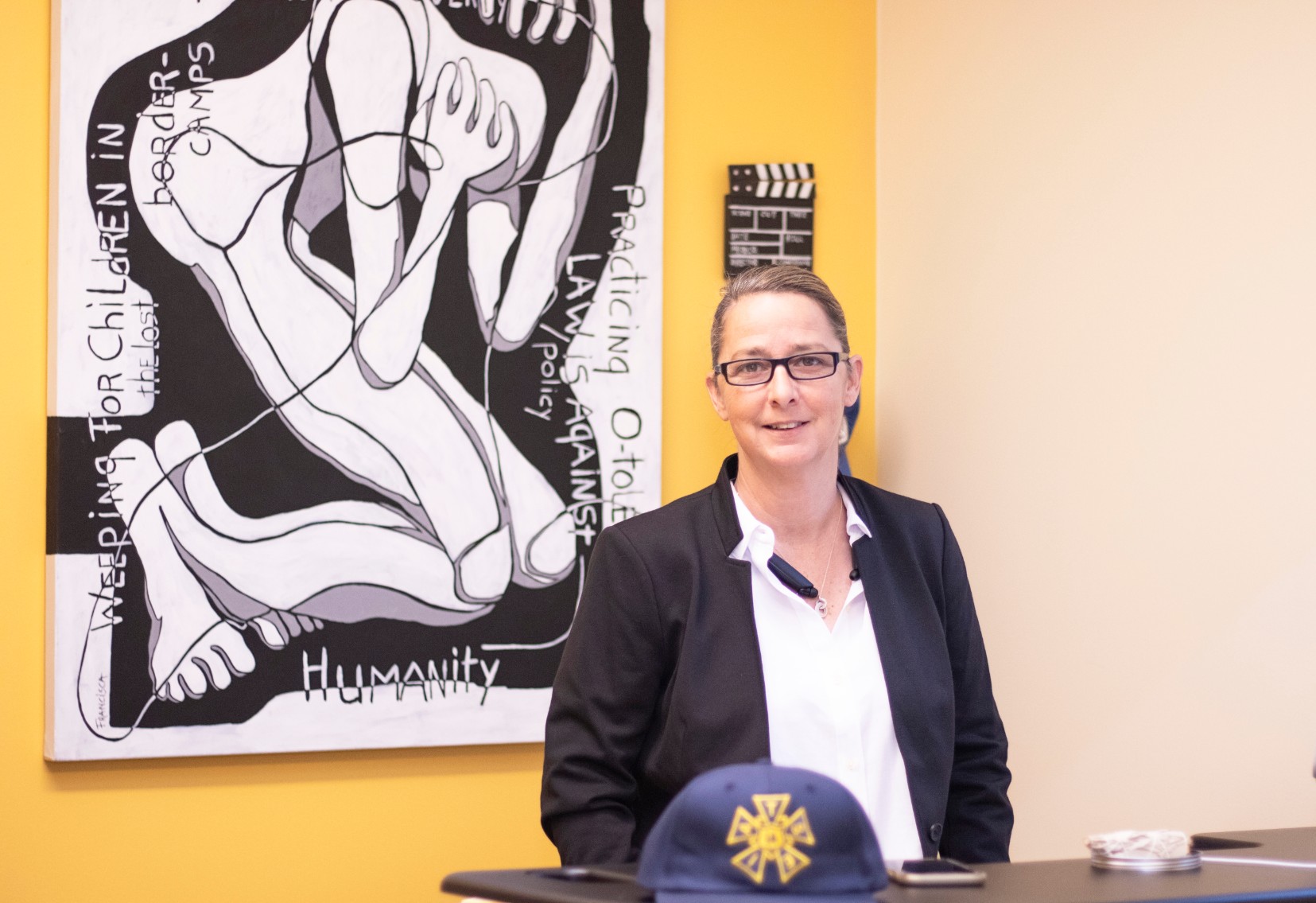 At the local chapter of the International Alliance of Theatrical Stage Employees, DARLA MCGLAMERY serves as the business agent, but that title, she says, is a little misleading.

McGlamery manages the business of the local film industry, but not in the way most would think. Agent, perhaps, is the more operative word in her title—as she represents and advocates for industry employees across North Carolina, South Carolina and Savannah, Georgia.

Technically, she spends a lot of time with contracts, managing IATSE membership and employee agreements with film studios. But that’s just the paperwork.

IATSE is a labor union that supports a wide variety of entertainment workers by fighting for fair wages and working conditions for its members, which reached more than 140,000 in 2018.

But McGlamery has been fighting for the fair treatment of others long before she became involved in labor union work.

In the 1990s, after moving to Wilmington from the Triad area, McGlamery began working in a small lesbian-gay bookstore.

“We created a safe space,” McGlamery says. “We saw what developed—leaders and activists—out of that time.”

In 1996, former Charlotte mayor Harvey Gantt bid to become the nation’s only black Senator, running against the incumbent and conservative leader Jesse Helms. In support of Gantt, the Human Rights Campaign, advocating for LGBTQ equality, contacted a Wilmington organization, looking for support.

“That organization threw my name out there,” McGlamery explains, “and they said, ‘we want you to work for us to support the efforts to unseat Senator Helms.’”

She began organizing volunteers and collaborating with local businesses.

Although Gantt didn’t win the race, McGlamery’s political involvement continued, managing the 2000 campaign for JULIA OLSON-BOSEMAN and then working for MARGARITA LÓPEZ in New York, where she first focused on labor union efforts. Eventually, the West Coast called her name, with a job offer at the Service Employees International Union.

But why film? Why back to Wilmington?

“Back in 1997 [in Wilmington], when we first started joking about Julia Boseman running, we starting talking about policy,” McGlamery says, “and policy led us to the [film] studios, and then the studios led us to film incentives.”

The local film industry is built from a talented group of crafters and artists, one McGlamery has been involved with since her early days at the LGBT bookstore.

“You’re talking about a very creative community,” she says. “One that has a lot of crossover with the gay and lesbian community, which is why the Human Rights Campaign has been so hard on the film industry.”

Most recently, McGlamery was named a member of the Governor’s Advisory Council on Film, Television and Digital Streaming, which seeks to continue to grow the state’s film industry.

McGlamery’s involvement with Wilmington film isn’t linear, just as the city has seen shifts in incentives and support. After four years in Atlanta, McGlamery returned to work for the local 491 IATSE chapter in 2018.

“It’s an opportunity to tie everything together,” she says. “It was a lucky fit, but it’s been a lot of hard work.”

And the work persists.

McGlamery says IATSE continues to advocate for collective bargaining agreements and to revive the “true pipeline,” when Wilmington was seen as the Hollywood of the South.

“I do want to brag about the base in the 491 jurisdiction,” she says. “Every producer says they enjoy working with the crew base . . . And we’re doing amazing things right now to make sure things are taken care of.”