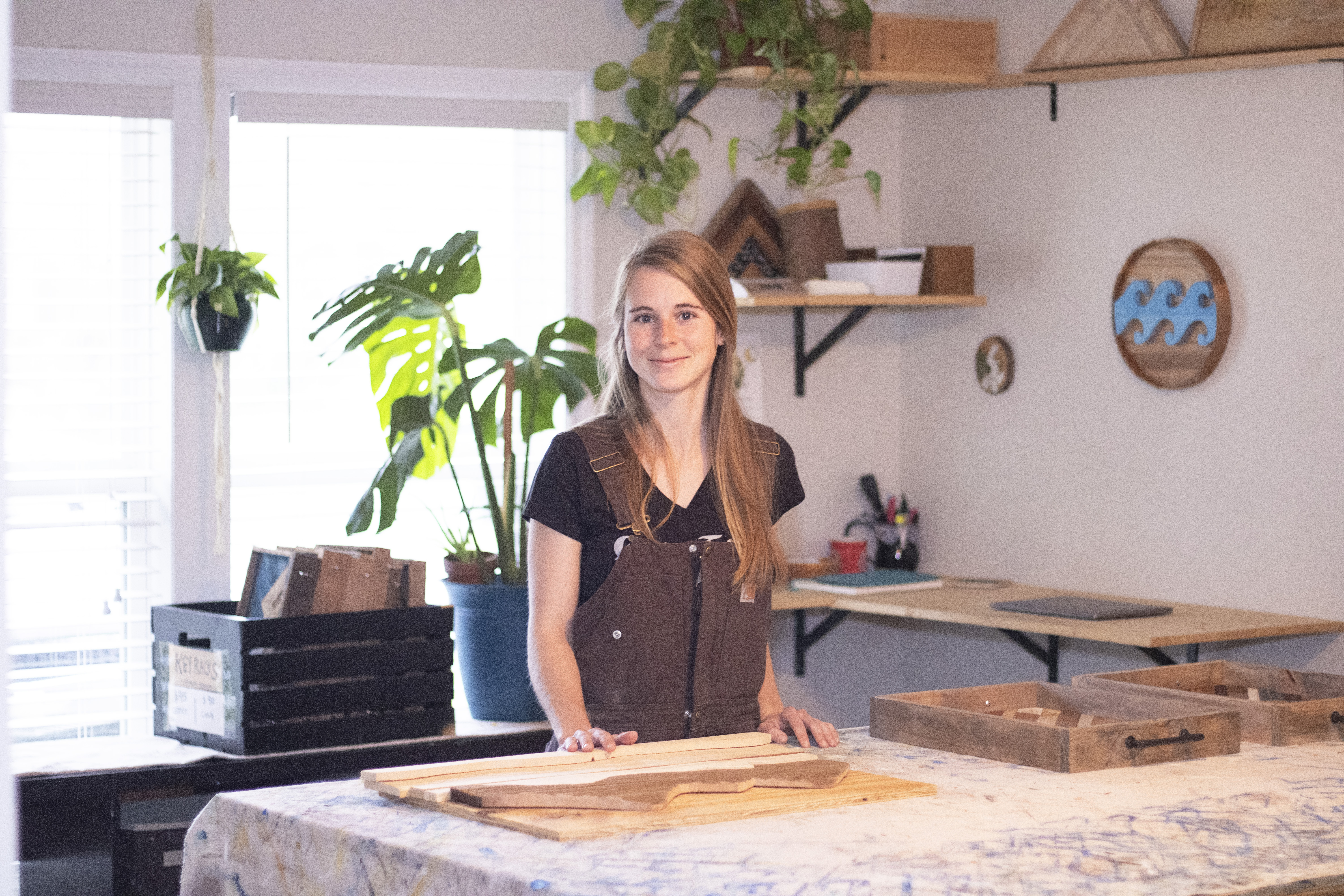 What started as a creative venture in June 2017, quickly turned into a newfound passion for NICOLE BAND.

After she and her husband moved into their new home in Wilmington, she searched Pinterest for ideas to fill their space. Geometric art made out of wood caught her eye, so Band wanted to try making something similar.

“Art has always been an outlet for me,” she says.

Band had no experience with power tools, but a neighbor let her borrow a circle saw. She made her first piece, then another. “Once I figured out how to do it, I wanted to keep making them.”

Solstice Woodworks was born. Before long, she added more saws – miter, circular, scroll, jig – to her collection. “But, buying a table saw changed the game,” Band says with a laugh.

Band graduated from the University of North Carolina Wilmington with a degree in environmental science.

“In my personal life, I’m conscious of reducing waste and what I’m consuming. Snowballing that into a business makes sense,” Band says.

Using salvaged materials inspires her artwork. She scours for lath, fence pickets, pallets, and reclaimed two-by-four lumber at salvage stores, on the side of the road, directly from remodels, and on Facebook Marketplace.

A home remodel in Sunset Park resulted in a stockpile of centuries-old lath wood. “Lath wood boards are my favorite to work with. The saw marks give it character.”

Band lets ideas come to her. Her work is geometric and abstract, so she starts from the middle and works her way out.

National landscapes, the ocean, mountains, and trees inspire her use of color, particularly for her new wooden round pieces featuring lush forests and white cap ocean waves. 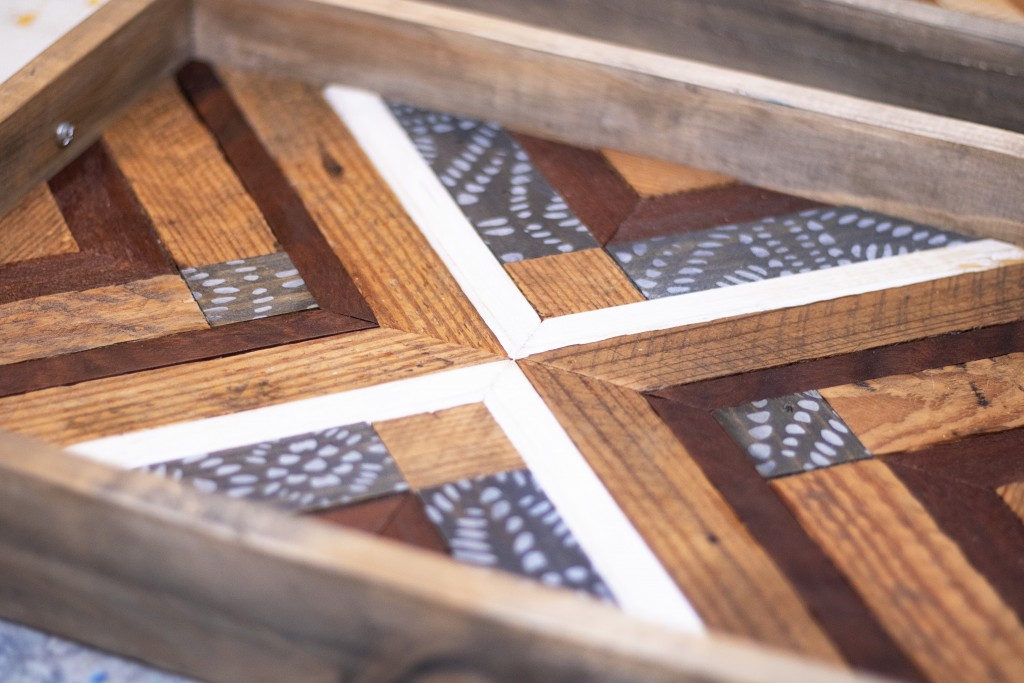 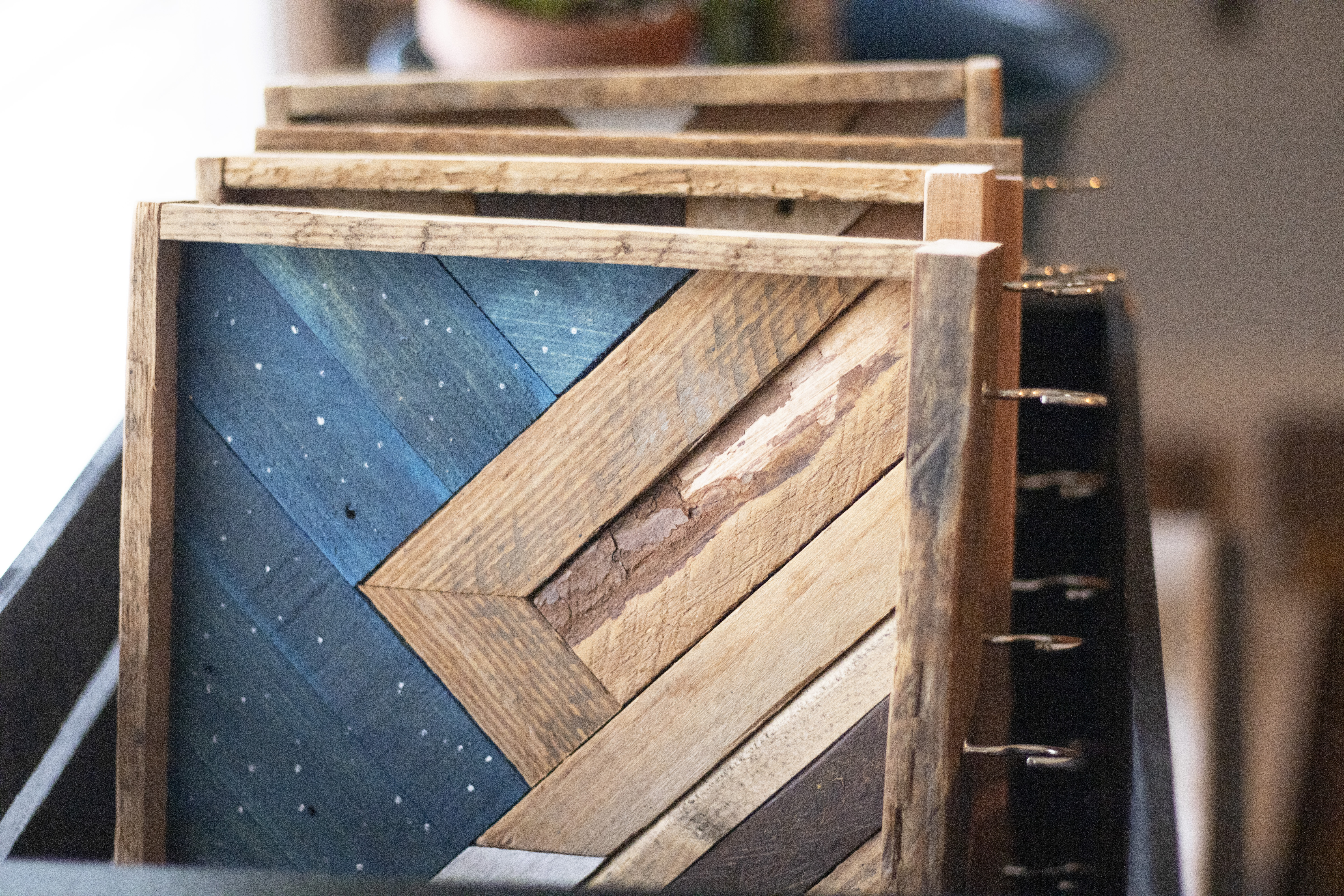 “I pull from my experiences and the memories and feelings I associate with the outdoors,” Band says.

In an effort to be more environmentally conscious, she pursued new ways to color the wood.

“I stopped using stain when I found the Real Milk Paint Co. It’s paint powder made of natural ingredients that is mixed with water,” she says.

She’s also interested in how coffee, tea, and vinegar can color wood. Band finishes her art with hemp oil to add sheen.

Inspired to make more of a message, she’s investigating ways to incorporate other discarded materials, such as plastic grocery bags.

“I was nervous people would take it the wrong way – that using a plastic bag in my artwork somehow devalues the product. But I see the ability to turn something disposable into a new and exciting medium,” she says.

Band hopes to grow her presence in Wilmington – to be in more markets and restaurants and as Band creates more art and continues to grow Solstice Woodworks, her mission remains the same: to create a message with her art.

“It’s been a learning curve to be seen,” she says. As a self-proclaimed introvert, Band struggles with marketing herself. She’s embraced Instagram to promote her work.

“Owning your own business is mentally challenging. It forces you to grow,” Band says.