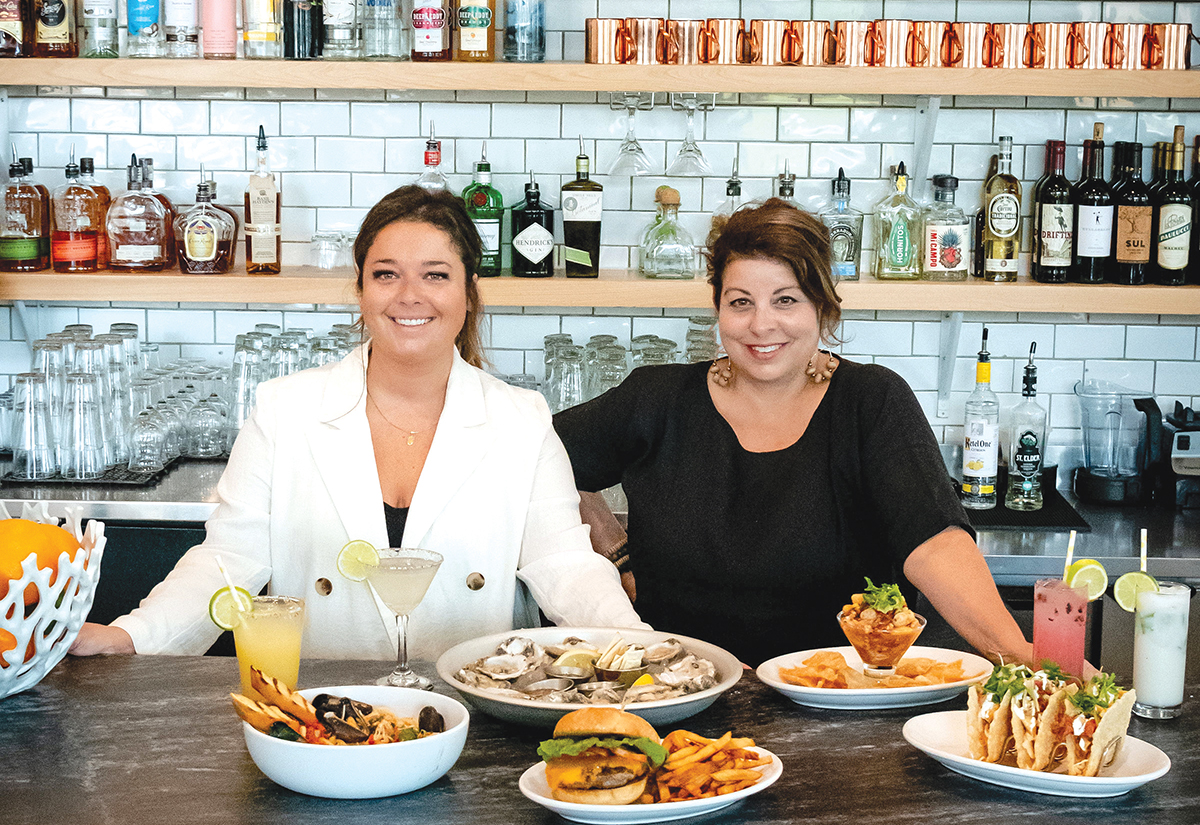 EMME CLEMONS was eighteen years old when she first started working in the restaurant industry for her parents, SCOTT and SHARI CLEMONS, at their Hibachi To Go drive-thru restaurant in Hampstead.

When the family opened two additional Hibachi restaurants, one in Ogden and one on South Kerr Avenue, Emme stepped up to run the Hampstead location on her own.

“I learned everything from my parents over the past ten years,” she says.

“That experience,” Shari adds, “gave Emme the credentials for us to trust her work ethic and to support her idea to open a brand-new restaurant that she would manage.”

In January, Emme and her co-owner parents opened Coquina Fishbar in Mayfaire Town Center. “We wanted something more full service to provide for Emme and her future,” Shari says. 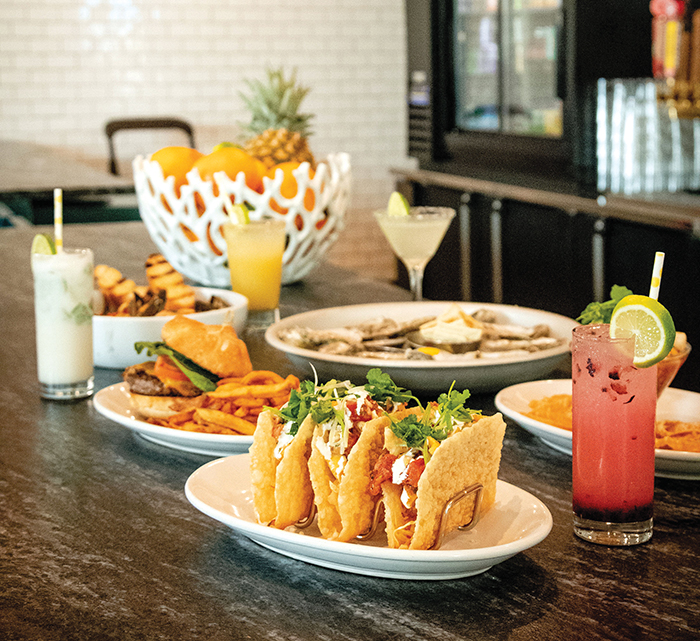 Choosing the Mayfaire location was easy. “We love the area. Mayfaire is the new town center and will always be a premier shopping district,” Shari says. “Population growth is shifting here. But, there was something missing – a place to eat with a bar at the right price point.”

Just about everything in Coquina Fishbar from food to décor to ambience was influenced in some way by Emme and Shari.

Inspiration came from as far south as their home-state Florida and as far north as New York City. And, favorite places in between.

“We love walking down a New York City street with no real intention of going into a restaurant. But one peek inside, seeing people smiling and laughing. That’s the energy we wanted in Coquina Fishbar,” Shari says.

“Here you see kids, parents, and grand parents sitting around one big table. We wanted our restaurant to be like that,” Shari says.

The décor in Coquina Fishbar is simple, a collaboration between Emme and Shari.

“It’s clean, crisp, and bright. We call it vibrant coastal. The coral artwork above the bar is understated elegance, and there’s not a lot of chotchke on the walls. There’s lots of wood,” Shari Clemons says.

The menu bursts with Florida flavors. “We mainly serve seafood, fresh simple fishes, with a Tampa flare. Everything is super fresh and super simple,” Emme says.

The menu highlights salads, all personally engineered by Emme who adds, “We wanted to be a little different … We took our time, tasted every wine from Spain and South Africa and every fresh juice cocktail on the menu.”

Even the restaurant name has Florida flair.

“We liked the name fishbar. We have a teak bar top that will eventually become an oyster raw bar. Add coquina, a seashell prevalent in Florida, and we had our name. A Google search easily finds us!” Shari says. 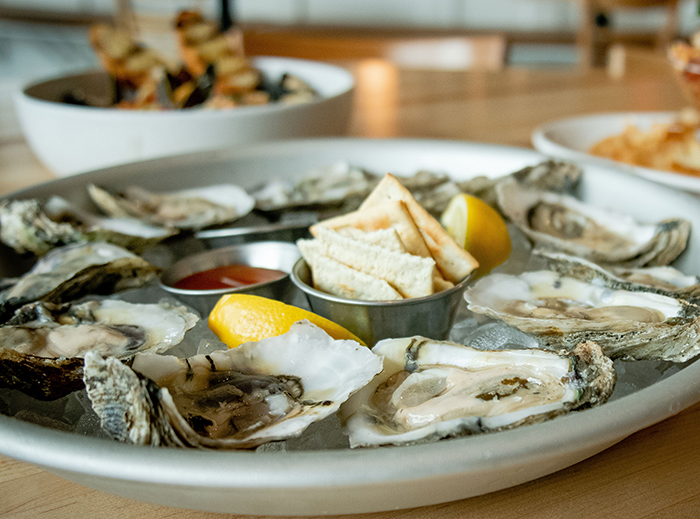 While the redesign was a major project slowed by COVID-19, staying on budget was not a problem.

“We were good at substituting, like using shiplap instead of more expensive tile. And, not everything needed to be new,” Shari says.

The pair relied on Scott to procure equipment. “Scott is very good at researching to find the best restaurant equipment for the price,” Shari adds.

The mother-daughter team divides the restaurant management responsibilities between the two of them. Emme takes charge of the front of the house including working with the restaurant’s hostesses, servers, and bar attendants. Sometimes, she ventures into the kitchen, working between the servers and cooks making sure food goes out from the kitchen correctly. 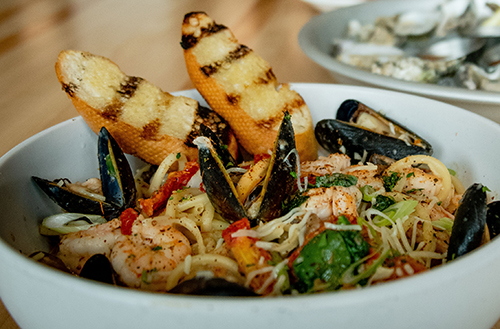 “But mostly, I just do whatever I have to do that day,” she says.

Shari is the final decision maker and mentor to Emme.

The real magic in Coquina Fishbar is beyond the food, drinks, and atmosphere. It’s the relationship between mother and daughter.

“We are honest with each other. As her mom, I respect Emme’s opinion. I don’t have to be the one who comes up with ideas,” Shari says. “Our relationship is much deeper now that she’s older. And, I get to see my daughter every day. I don’t take that for granted.”

“We are both willing to do whatever it takes,” Emme adds. “When someone is having a hard day, the other picks up the slack.”

“We cleaned, painted, and did hard labor,” Shari says. “We improvised. We put our own personalities into it. We’re making our dreams come true.”