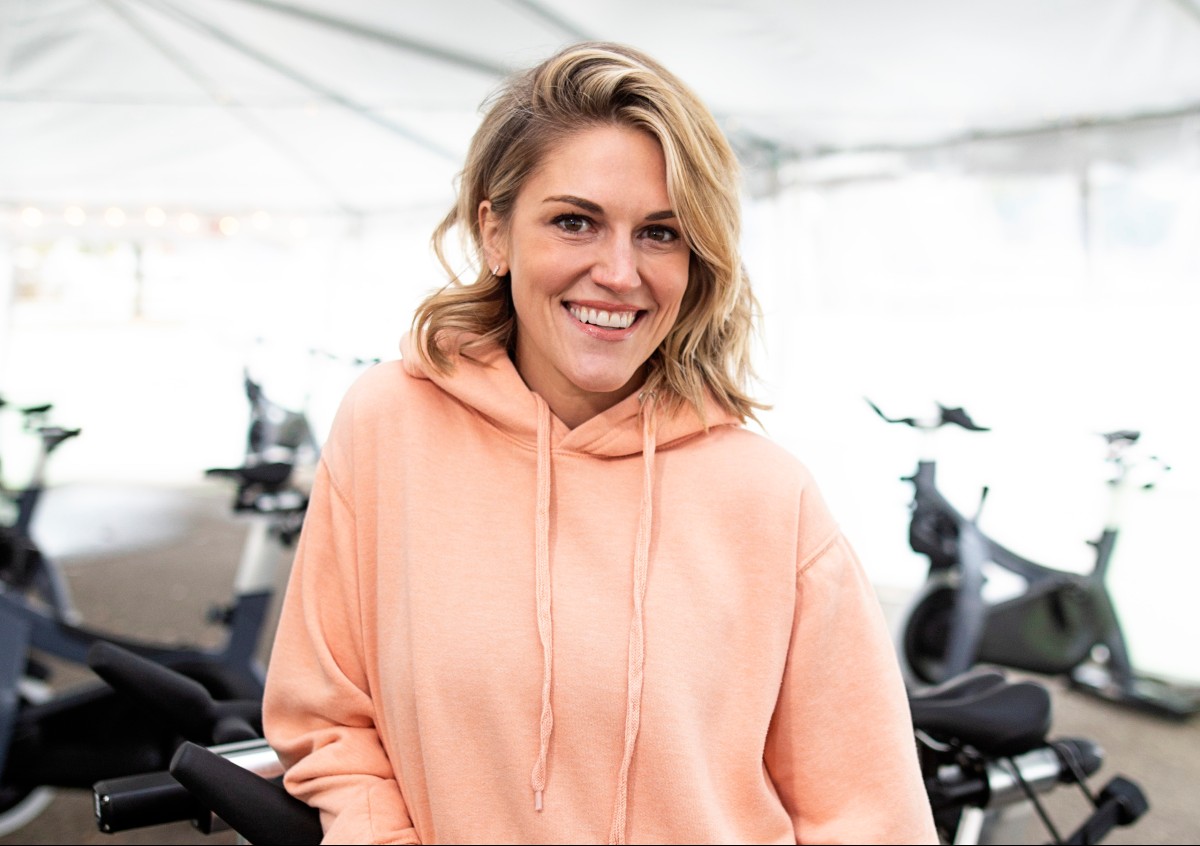 “When I first moved to New York in 2012, I was feeling claustrophobic. I’m a beach kid. I needed to step into something new. There were cycle studios all around the city. I stumbled into one and found freedom, joy, and introspection,” Prince recalls. Inspired, she became a master instructor, talent trainer and developer for SoulCycle, a New York City-based fitness company.

When COVID-19 hit New York City, Prince and her husband Will packed their bags and came to Wrightsville Beach for what was expected to be “just a short stop” in the town that she has always called home.

Born in Charlotte, North Carolina, and raised in Cary, North Carolina, Prince first came to Wilmington to attend the University of North Carolina Wilmington. While working on an internship during her undergraduate degree program in film studies, she was cast as an extra on the television series One Tree Hill as a cheerleader. It wasn’t long before the creators started writing lines for her character, Bevin Mirskey.

“I was incredibly lucky,” recalls Prince. “The cast became dear friends. We were a tight-knit community, each with our personal perspective, working to bring the story to life. It was cathartic and magical.” Prince, who also has a master’s degree in fine arts from Savannah College of Art and Design, spent six years in Wilmington filming the drama series.

Prince opened Recess in November 2020 to fill a gap she saw in the community to connect and support each other in a safe way during the pandemic. “There was nothing here that was similar to the way I teach,” she says. “Exercise should be exciting. It should be a release. I myself have healed a great deal on a bike. So, I decided to take what I value and give it to Wilmington.”

Recess is not your typical cycling studio. For starters, it’s under a tent.

“It’s a full experience. Our bikes are the best for the type of rhythm and resistance riding we offer. There are no gauges, no competition. And we take our music seriously, never playing the same setlist twice. It’s important that the music reach everyone, so it ranges from The Rolling Stones to Fleetwood Mac to Jay-Z,” says Prince. “I am a curator of experience! If I enjoy the choices, then people will come with me.”

Recess is an all-inclusive studio. “Every single person is welcome. Anyone, any fitness level, can get on a bike and participate. I promise you,” she adds.

The focus of each forty-five-minute class is beyond physical fitness. The high-intensity interval workout targets physical and mental wellness, positivity, community, music, and fun, she says.

“You go hard then pull back and catch your breath, and then go hard again. Your heart rate goes on a little journey,” Prince describes.

There is also an emotional component. “Community is the most important aspect of Recess. It’s about finding time for you to play, get curious and make new choices.”

Prince recognizes the benefits of cycling that reach beyond other types of fitness activities. “It’s really good for your joints, it manipulates heart rate and playing with resistance builds strength and muscles.”

Prince’s enthusiasm is contagious. And visionary. She is adding instructors which will enable additional classes. “And we want to hold a few pop-ups throughout Wilmington, including downtown and on the beach.”

More fundraising events are in the future, too, like the recent one which benefited victims of domestic sex trafficking. The event proved that Recess clients, from girls in their teens and twenties to college students, and mothers and fathers including her own dad, are the most amazing, kind, incredible people, Prince says.

Longer-term, Prince plans to expand throughout North Carolina, first targeting cities like Raleigh and Charlotte. While her husband is acting CFO and her entrepreneurial coach, Prince relies on her two business partners, EMILY LAWLER and CALLAN BUSH. “Emily and Callan are both incredibly smart, hardworking, and creative. They just stepped in and up,” Prince beams.

Together they tackled the challenges of opening the studio during the pandemic, especially keeping people safe. “Finding a tent to hold enough bikes spaced six feet apart plus procuring outdoor sound equipment forced us to get really creative.”

Prince is quick to add that starting up in Wilmington had its benefits.

“Everyone was willing to help, people I knew and people I didn’t know. It was an incredible feeling to be so supported by my community,” Prince says.

Prince has invested in what she says is “really serious sophisticated cleaning equipment.” Recess also requires wearing masks until getting on the bike.

While Prince may one day return to acting, she freely shares her career-pivot experience. She advises, “Every choice is not your last. Lean into what excites you. And don’t be afraid to get messy.”

Prince and her husband have moved out of NYC and are hunkering down at the beach. It’s here she has found her true authentic voice serving the community. She concludes, “Recess is here. We are a safe place to come turn your brain off and connect with something deeper. And we will always be here.”