Fredia Brady's look ahead for the Wilmington Convention Center 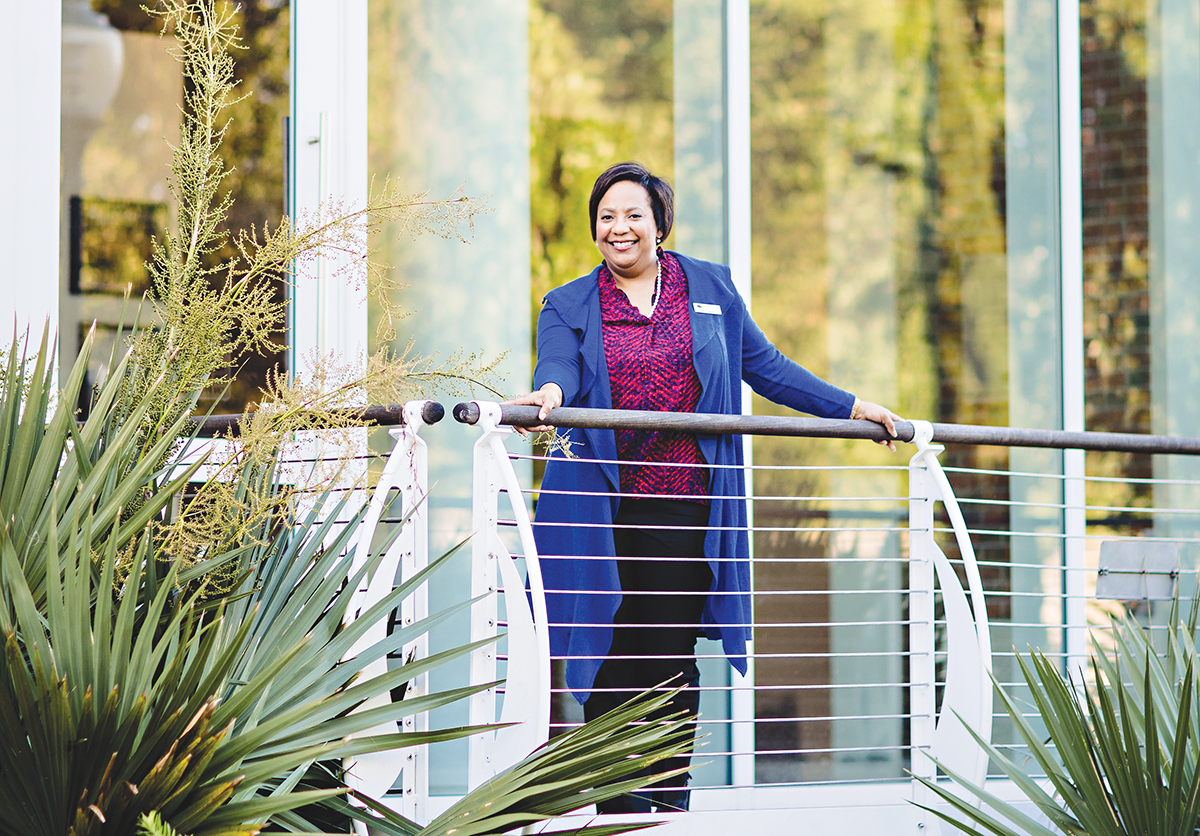 It’s been a busy time for Fredia Brady since becoming general manager of the Wilmington Convention Center in 2017.

“We’ve grown. We have grown in staff and in business,” Brady says. “And, having a profit last year is unheard of in the convention world.”

The center was able to claim thirteen new conventions for the year, as well as a profit for both fiscal years 2018 and 2019.

“As long as we’re busy, it means people are working. I measure success by people having jobs,” Brady says. “We have seen an increase in bookings, and the Embassy gives more hotel inventory to go out and attract and book conventions, meetings, and groups.”

The Embassy is Embassy Suites by Hilton Wilmington Riverfront, the 186-room hotel adjacent to the convention center that opened in early 2018.

The convention center staff has grown from one to two catering managers, a doubling of internal sales staff from two to four, and increased event services staff, according to Brady.

Being flexible requires more staffing needs as well when having to change the venue according to client needs. Since Brady joined the team, the center has increased the number of outside staffing agencies it uses from two to four and has gone from one-day banquet events to multiday productions.

“We need to be able to change from suits to nonsuits,” Brady says. “Most convention groups have an educational component, so we are often at full capacity with another event taking place in our ballroom.”

Last September, Hurricane Florence created challenges for the center. Three meeting rooms and the exhibit hall had damage to the drywall due to water intrusion. Repairs will be done by summer’s end.

“We’ve had the greatest customers. We kept our clients involved on the progress of the remediation process of the cleanup, and they were all so understanding,” Brady says. “It was a long process, but we have not lost any business as a result. We fared well compared to other cities.”

One ongoing challenge in Wilmington continues to be labor, according to Brady.

“With the economy good and the labor market good, it is a double-edged sword. Getting good, quality labor is tough,” she says.

Brady feels “fortunate” to have been able to fill key management positions but laments the fact that it took several attempts. Sometimes, the convention center must rely on its management company SMG to pull staff from one of its more than 200 convention centers and arenas to provide additional staffing support during especially busy times.

In November, the center hosts eighteen military balls, and on any given night, it may have 500 guests in the ballroom and 1,000 in the exhibit hall.

Looking toward the future, Brady says she would “love to see an expansion.” She admits it could be several years down the road, but expanding the space to be able to hold events in the thousand-person range would be beneficial.

“We are running out of smaller meeting rooms for breakout space, so it limits us from hosting 800-plus attendee size convention groups,” Brady says. “We are just a boutique convention center, so we try to maximize what we have in terms of service, safety, and logistics.”

Recruiting and training staff and a new sales approach has become an important component of making that work. Trade shows and working closely with the Wilmington and Beaches Convention and Visitors Bureau allows Brady and her team to get in front of customers.

“We really have a different strategy than we had a year ago. We are very methodical in how we sell,” she says. “We have one chance at doing it right, so we have raised our standards.”

Brady would also like to see a few more hotels in the area to put those “heads in beds” to host larger groups.

“I want to make the community proud of the facility and make an economic impact that creates jobs and business for our hotels, businesses, restaurants,” Brady says. “Our main goal is to create an economic impact for the city of Wilmington and all of New Hanover County, spilling over to the beaches and so forth.”

In our summer series, WILMA profiled several women responsible for putting the Cape Fear region on the map when it comes to attracting visitors and bolstering the local tourism industry.