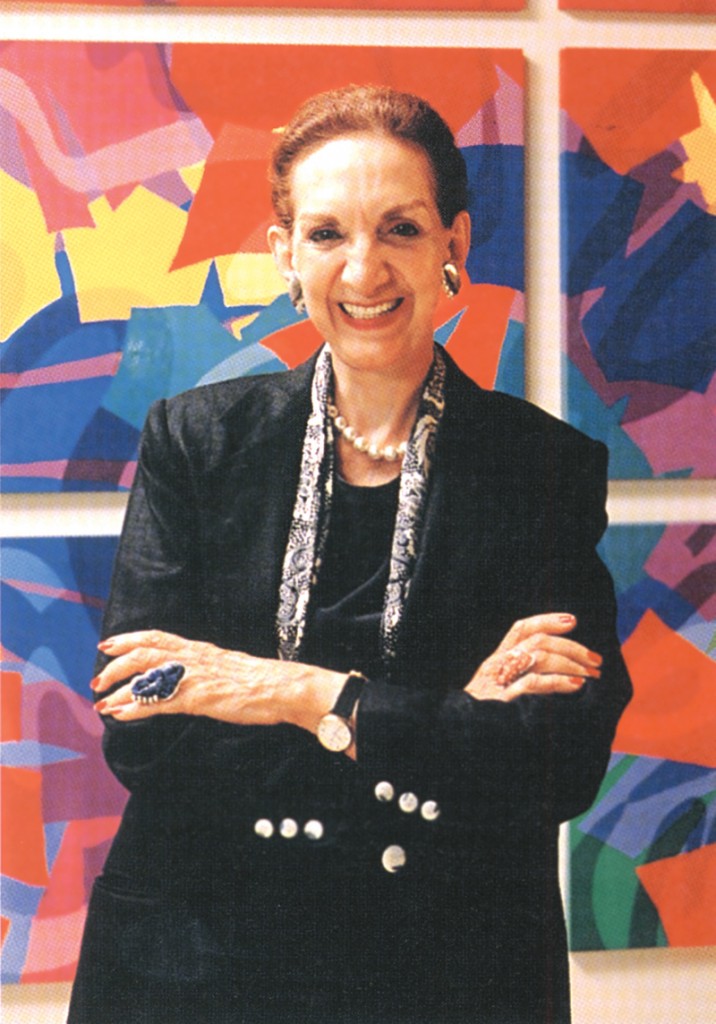 On the centennial of her birth, DOROTHY GILLESPIE is only now becoming well-known to more Wilmingtonians. Although the artist was based in New York City, Wilmington held a special place in her heart.

She demonstrated her love for the city by donating sculptures to Thalian Hall, Cape Fear Community College, and University of North Carolina Wilmington.

This year, as part of Wilmington’s ongoing celebration of her centennial, the work of Gillespie, who died in 2012, can be seen in permanent and temporary installations all over town, from CFCC’s Wilma W. Daniels Gallery to the Cameron Art Museum’s grounds.

So, who was Gillespie and why did she become involved in the cultural community here?

It all started with TONY RIVENBARK, executive director of Thalian Hall. In 1974, Rivenbark was in New York City working on a Broadway production. He met Gillespie, and she hired him to paint her studio and then engaged him as her first paid assistant. They became friends, a relationship that endured until her death.

“She was an incredible person to work and be friends with, to talk to, and be around,” Rivenbark says. “She was an extraordinary talent and well-known artist in international circles.” 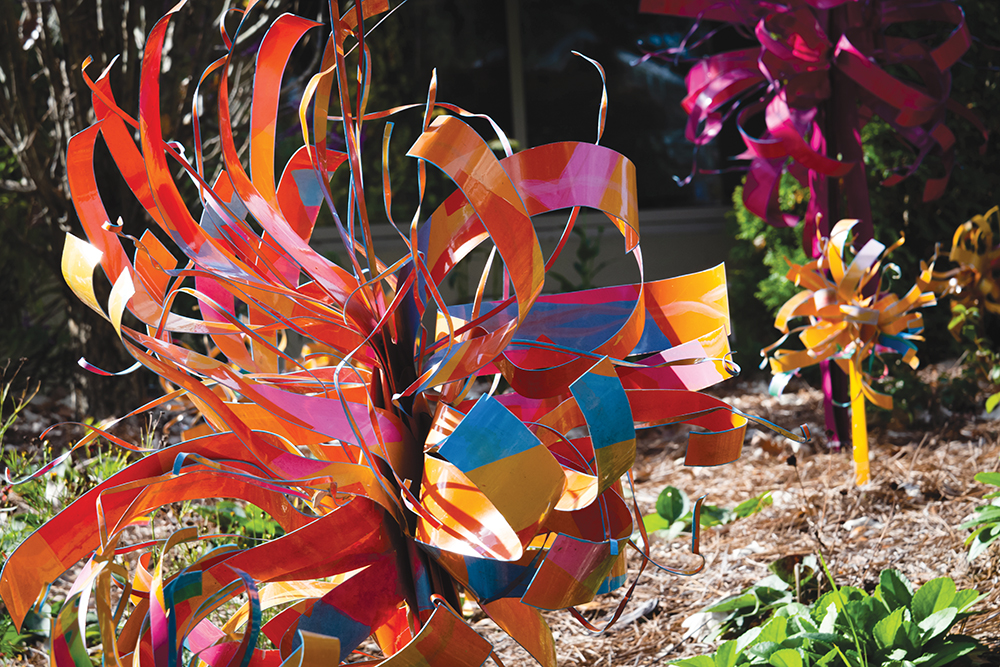 Gillespie traveled occasionally to Wilmington to visit Rivenbark and was captivated by the local environment. Perhaps her best-known local work is Colorfalls, a 40-foot cascade of painted aluminum strips rippling down a wall in the Thalian Hall lobby. Although Gillespie painted on canvas and on paper, Rivenbark says that she’s best known today for her colorful abstracts painted on aluminum sheets.

That medium made sense for Gillespie, her friend FRANCES HAWK says.

“It was a material she could work with, physically,” says Hawk, a Wilmington resident. “She could manage the electric cutters. She could bend, shape, and paint (the aluminum strips).” 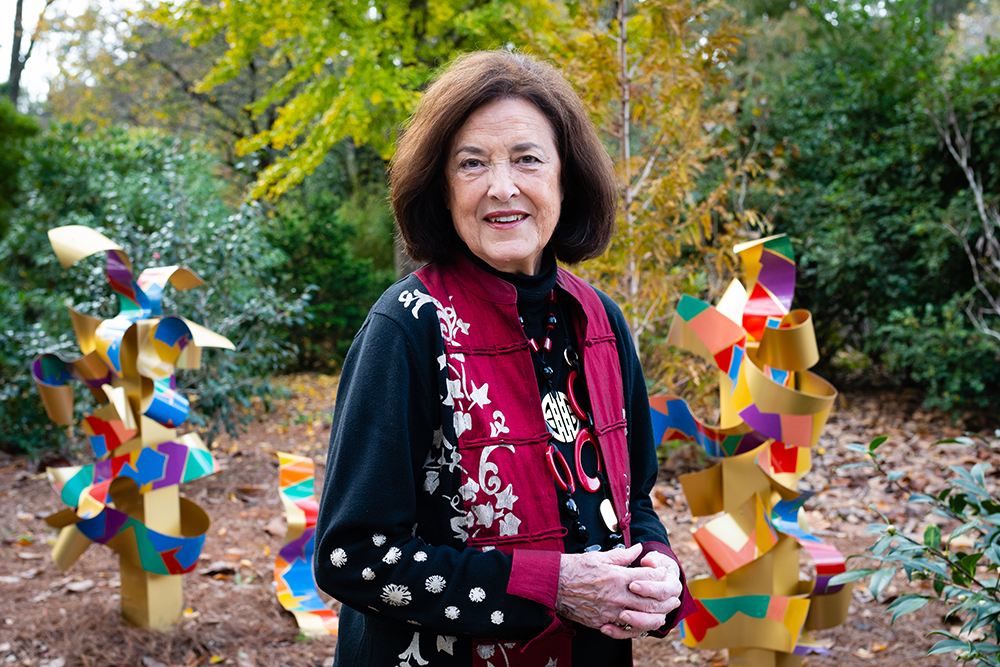 Hawk met Gillespie in the early 1980s at a lecture Gillespie gave at UNCW.

“She would come to Wilmington in the early ’80s; her friendship with Tony connected her to Wilmington initially,” Hawk says. “Tony had an exhibit of one of her pieces on the lawn of Thalian Hall. She was also one of the featured artists at the St. Thomas Celebration of the Arts in 1982.

“Dorothy was effervescent: That’s the word that comes to my mind,” Hawk continues. “She was such a joyful person. She never met a stranger, and she was very open and welcoming to new people coming into her life.”

Hawk had a design business in Wilmington in the 1980s and traveled to New York for work.

“I developed a friendship with Dorothy,” Hawk says. “We would do fun things in New York. I can see why so many people called her their friend.”

Gillespie and her husband, Bernard Israel, owned a jazz club in Manhattan’s West Village where musicians, artists, and writers met. Gillespie’s paintings hung on the walls, according to Hawk. 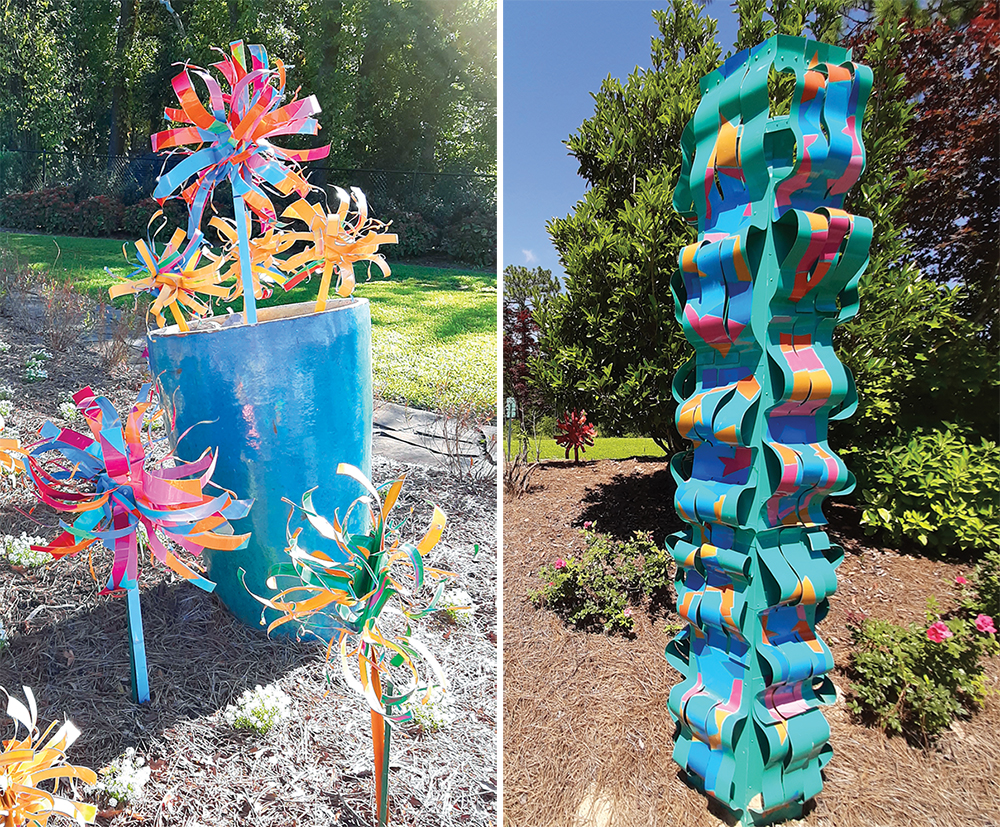 But, Gillespie wasn’t just a New York City artist. When their three children were very young, they pulled up stakes and moved to the Coconut Grove area of Miami. There, they established a restaurant and bar that also functioned as a gallery space. Gillespie opened studios in Orlando, Florida, and in Dallas.

Gillespie’s work is on display all over the country, including at Epcot and New York’s Rockefeller Center.

After spending several years in Miami, the family returned to New York, where she became a force in the art world. She was one of ten women who founded the Women’s Interart Center in midtown Manhattan in the 1970s.

“She was definitely a pioneer in this women’s art movement,” Hawk says, recalling that the group did a major interactive installation, called Walk Through the Triangles in Central Park in 1974 – thirty years before Christo and Jeanne-Claude created The Gates, their celebrated Central Park installation. 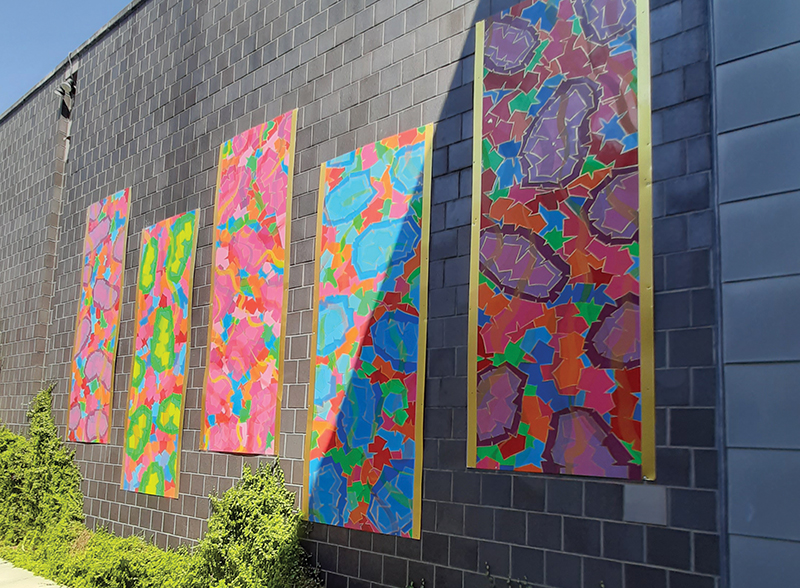 He also helped BABS SUTTON, who developed detailed narratives about the five installations of Gillespie’s work at the New Hanover County Arboretum.

“I dug in and researched every source I could locate concerning (Gillespie) with Gary Israel, her son, pointing me in many directions,” she says.

Where to see Dorothy Gillespie’s work around Wilmington

–list researched and compiled by Babs Sutton and Frances Hawk